Supposed to be presented on October 6, the Google Pixel 7 smartphones have been unveiled for two days in images.

On the occasion of the Made by Google event on October 6, 2022, the new iterations of Google smartphones, namely the Pixel 7 and Pixel 7 Pro, should be presented.

The 91mobiles site has gotten its hands on new images of the devices, on which we can clearly discern the screen, which was not the case in previous leaks. The two devices are similar, with a central perforation at the top of the screen, sum for the Pixel 6 and 6 Pro. We will notice even thinner edges around the Pixel 7 screen, giving it a more marked elegance. The Pixel 7 Pro also seems to benefit from thinner edges.

We will also note the volume and power buttons positioned lower on the edge of the smartphone, and a sort of chrome finish on the characteristic horizontal strip of the rear photo module (two lenses for the Pixel 7, three for the Pixel 7 Pro). 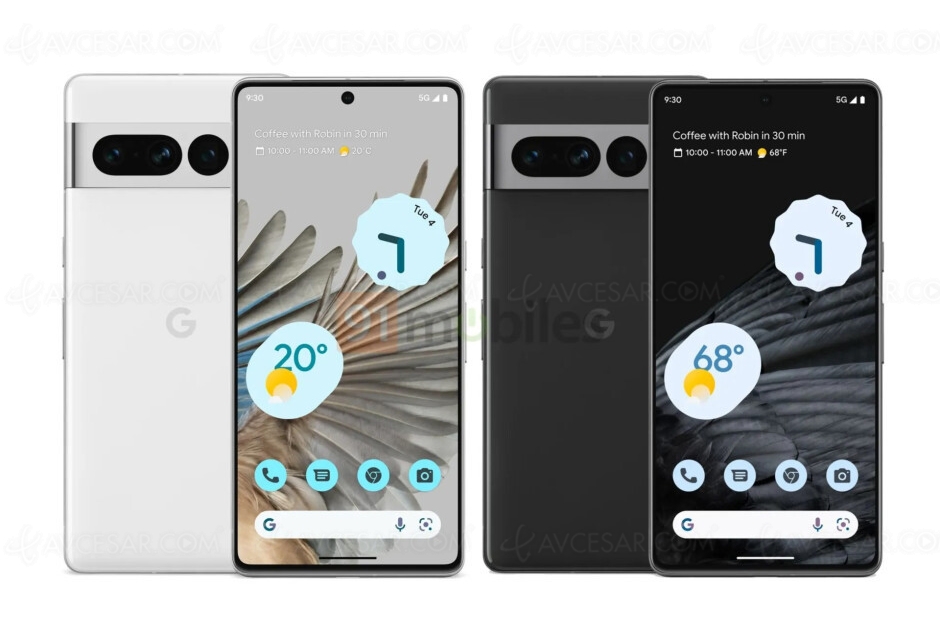