With the AVC-A1H, Denon announces a new version of its premium Home Cinema amplifier. On the menu, 15 channels of amplification, four independent subwoofer outputs, fully functional integrated HDMI 2.1 connectors, a completely redesigned user interface and a host of welcome new features to offer the best of current technology.

To come back to the HDMI 2.1 standard, the seven inputs and the three outputs benefit from 40 Gbps connectors and support all the features of the standard: VRR, ALLM, eARC, QMS, QFT, Ultra HD 4K at 120 fps and UHD 8K at 60 frames per second. 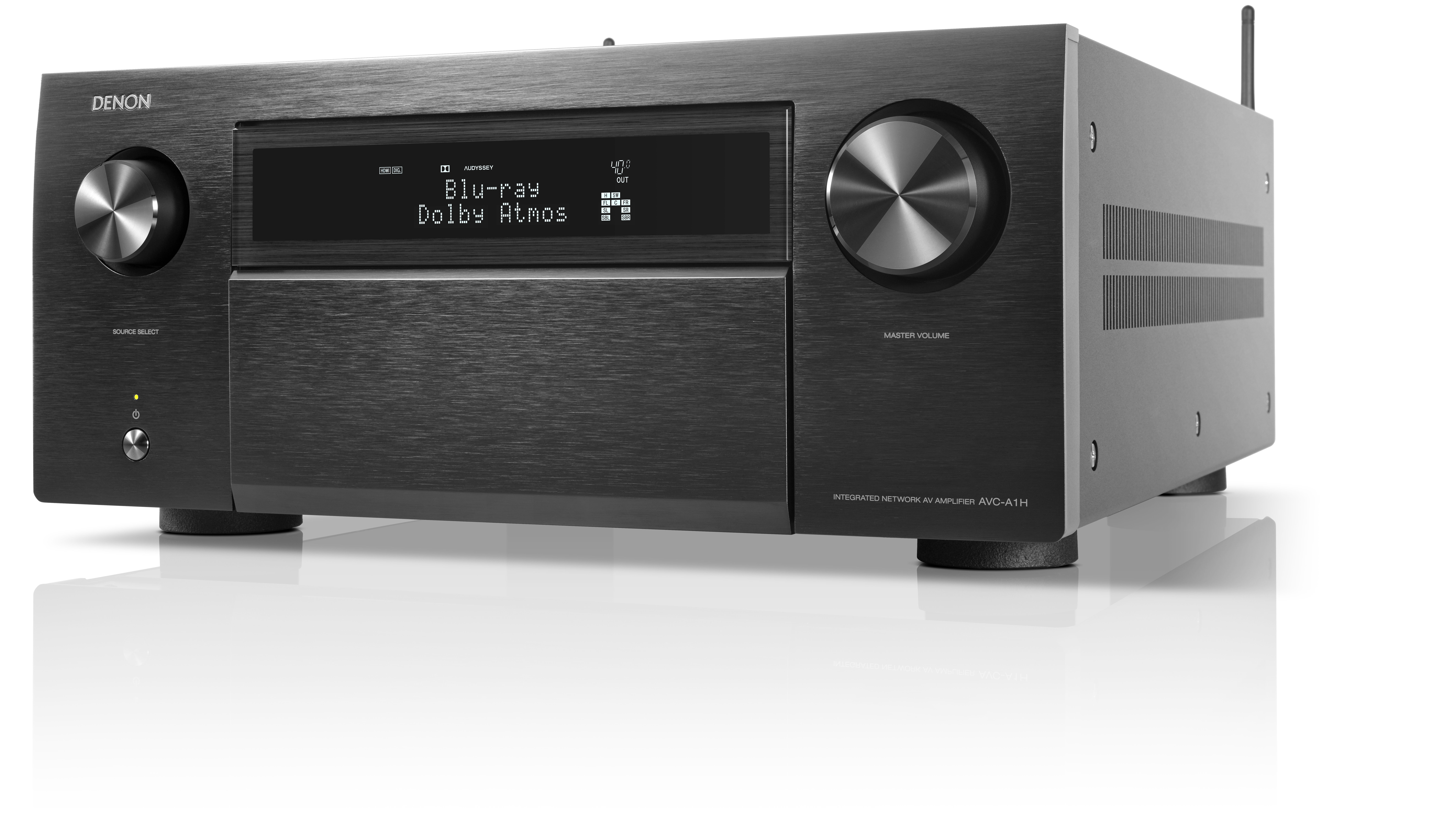 In terms of new features on board this AVC-A1H, thanks to the presence of fifteen discrete amplification channels, there is support for a Dolby Atmos 9.1.6 configuration. An installation that can still evolve with the connection of four subwoofers via as many independent outputs. Similarly, the Dac evolves, the ESS Saber ES9010 (192 kHz/32 bits, 8 channels) is replaced by the ESS Saber ES9018K2M specimen (384 kHz/32 bits, 10 channels). For its part, the double DSP Analog Devices ADSP-21573 Shark+ is replaced by an ADSP-21593 Shark+ and the capacitors are two in-house models with a capacity of 33,000 microfarads. Finally, the compatibilities with, on the one hand the 360 Reality Audio sound processing developed by Sony, on the other hand the Mpeg-H standard (group of international standards comprising a video compression standard, an audio compression standard, a container format as well as related documents), are required. Namely, the Dirac Live calibration process is planned via an upcoming Firmware update. 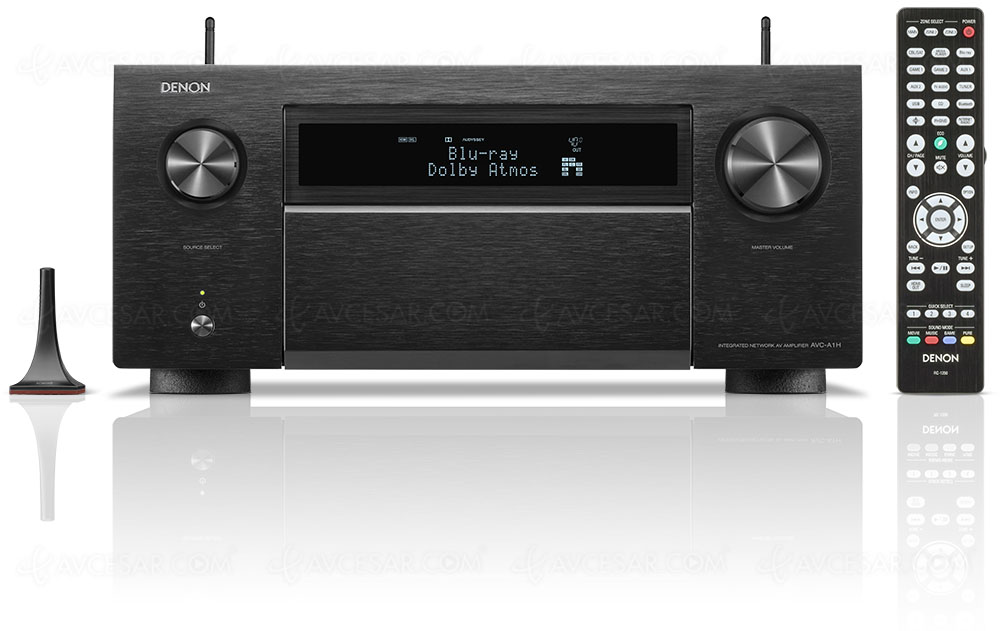 For the rest, the Denon AVC-A1H perfectly takes up the design of the Denon AVC-X8500H which appeared in 2018 and was brought up to date in 2021 with the Denon AVC-X8500HA. There is also the Imax Enhanced label, Auro 3D functionality, Upscaling of 1080p sources to UHD 4K (2160p) and UHD 8K (4320p), HDCP 2.3 certification for all HDMI sockets, HDR10+ and DTS compatibility: X Pro and the Dolby Atmos Height Virtualizer function.

The rest of the technical characteristics are unchanged, namely access to web radios, the Bass Sync process to recalibrate the LFE channel on certain multichannel tracks where it would be slightly delayed (this happens relatively often), and the DTS mode Virtual X to turn any soundtrack into a DTS:X track. This 15.4 model delivers a power of 15 x 150 W at 8 ohms (R-Core high-current transformer) and incorporates a transcoder from analog sources to HDMI. Ditto for the management of DSD streams (up to 5.6 MHz) through the HDMI connectors, the assignment of one of the three HDMI outputs to HDMI zone 2 to broadcast an audio-video signal different from that of the room. main. Of course, in addition to the Dolby Atmos 15.1.6 feature already mentioned, Dolby Atmos 13.1 (7.2.6/9.2.4) and DTS:X 11.2 (7.1.4/9.1.4/5.1.6) and Auro 3D 13.1 ( 7.1.6) are still valid. Namely, the seventeen terminals present at the rear of the amplifier allow, once all connected to a speaker, to easily switch from one decoding to another, each requiring a specific configuration.

On the menu again, the Heos multiroom functionality, the management of HDR10, HDR10+, HDR HLG and HDR Dolby Vision technologies and the BT.2020 gamut. To come back to Heos, this amplifier can therefore easily be transformed into a link in a larger audio chain, with real Denon Heos speakers to add sound to a home. 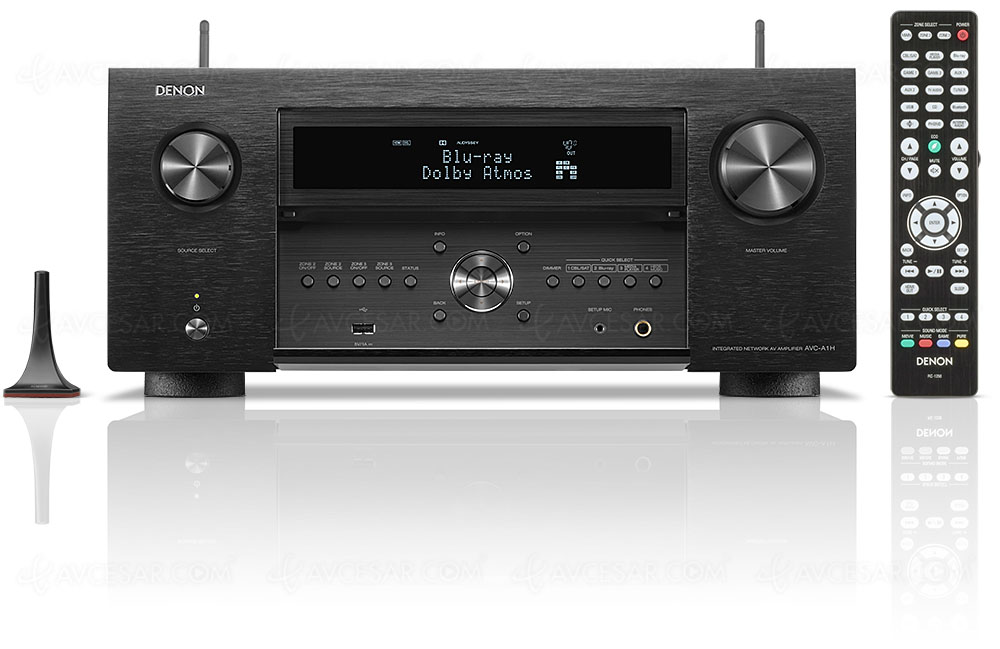 Always on the menu of the Denon AVC-A1H, an Audio Restorer mode for optimizing the sound rendering of compressed audio files, an audio-photo UPnP (DLNA) multimedia gateway associated with MP3, WMA, AAC, Wav and Flac compatibility and the AirPlay certified. We also note the Wi-Fi compatibility, a powered USB Host port on the front with direct and digital management of an iPod/iPhone (the charging of the iBidule is guaranteed), the possibility of enjoying online music services such as Spotify (compatibility Spotify Connect) or Last.fm streaming, Gapless function and AIFF format support. We also note the Roon Tested label (the Roon application therefore supports the product and adapts the quality of the audio stream read to the capabilities of the device).

Of course, the Dolby TrueHD and DTS-HD decoders are also present, without forgetting the Auto LipSync function or the possibility of controlling the amplifier from an Android/iOS smartphone or tablet via the Denon Remote application. Similarly, an Audyssey application (paid, €20) is available to optimize the settings and save several complete settings on a smartphone/tablet or in the Cloud. Also noteworthy is the support for 4 ohm speakers for even better ergonomics and DDSC HD compatibility with the new AL32 multichannel Processing Multi Channel.

The AVC-A1H's finish sports a 100% aluminum front and heavy, steel side panels. The OSD, 1080p color (and not 480p), changes radically. A lot of information is now available on the screen, in particular on the nature of the input signals and those of the output with, for example, the channels actually active. The same goes for the four Quick Select buttons on the front, always allowing access to the desired source quickly and easily. Precision, the latter also integrate additional functions and modes (Audyssey or multiroom management) for ever more complete macros.

Also note the different colored terminal blocks to match the cables, to facilitate the connection of the speakers. Finally, the Eco mode is still just as efficient for reasonable listening. Energy savings are on average 40% on this AVC-A1C.Availability in stores, in black or silver, scheduled for March 2023. Indicative price still unknown. If we know that it should be around €7,000, the price could still change by next spring, depending on the events of the war in Ukraine.

Reminder of the key features of the Denon AVC-A1H: 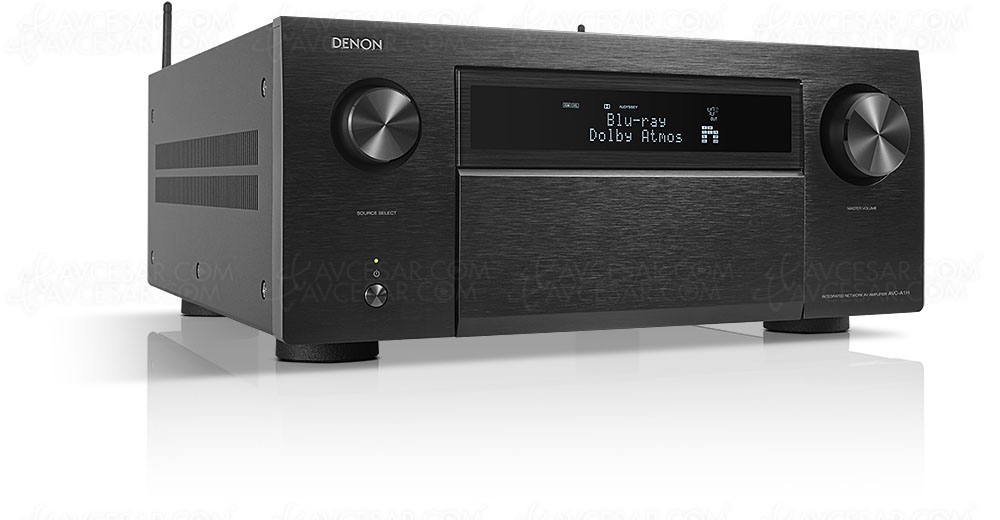