The first trailer for James Gray's Armageddon Time has just been released.

James Gray's next film (Ad Astra, The Lost City of Z), inspired by his own youth, takes place in the Queens neighborhood of the 1980s, then under the hegemony of real estate developer Fred Trump, father of Donald Trump, future president of the United States that we know. The young Paul Graff, accustomed to 400 blows and nonsense, is sent to the very chic high school of Kew-Forest School where father Trump sits on the board of directors, a school which was also attended by his son, Donald.

A little over 2 minutes which is enough to realize how crazy the reconstruction of the 80s is and the breathtaking actors. The rest of the cast is not left out since we find more Anthony Hopkins, Anne Hathaway (WeCrashed), Jeremy Strong (Succession), Banks Repeta, Jaylin Webb, Tovah Feldshuh and Ryan Sell. The film will be released in theaters on November 9 in France and November 11 in the USA. 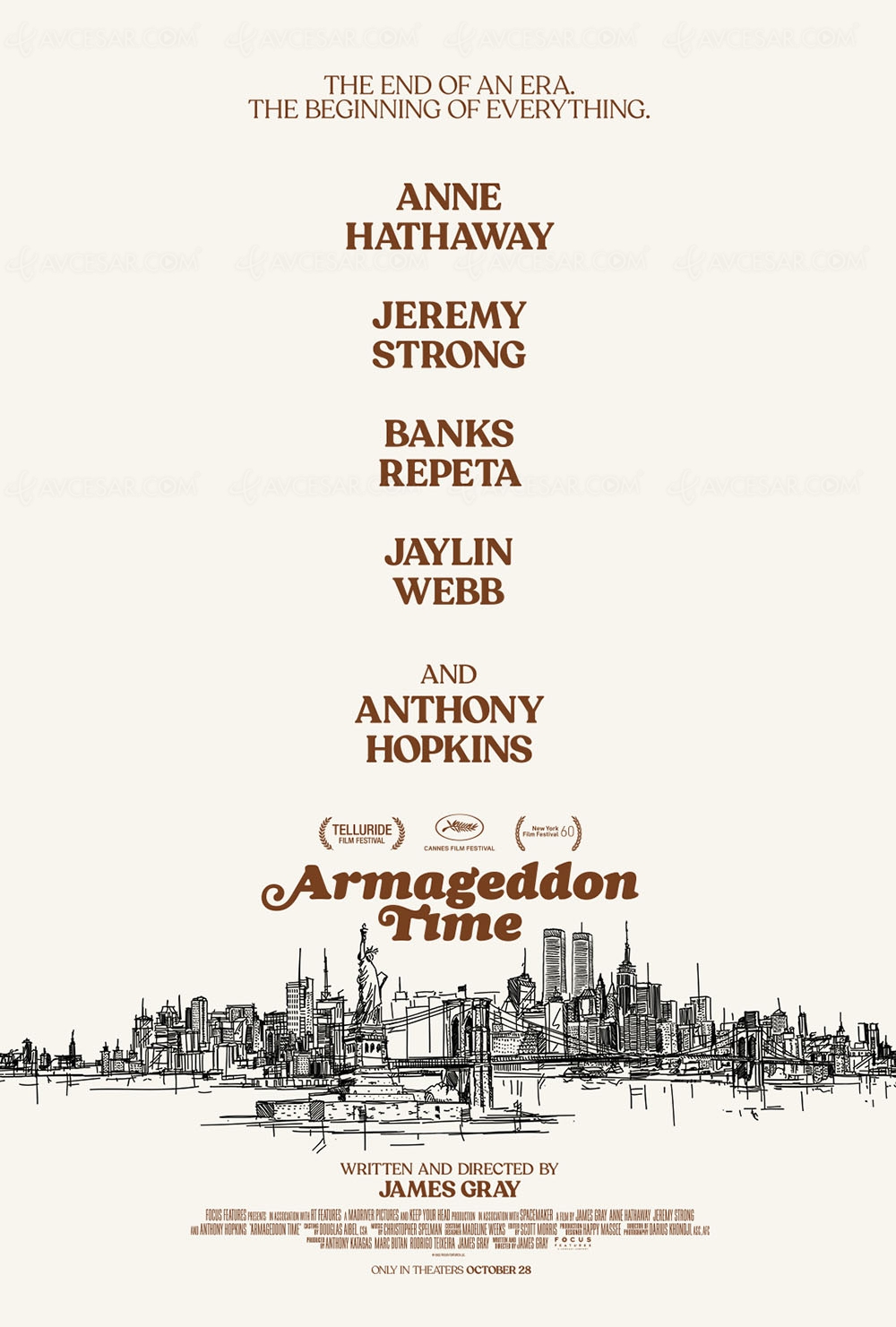