The SPA (Society for the Protection of Animals) is joining forces with the video game phenomenon Stray to raise public awareness of the adoption of cats. A very nice idea.

You may have heard of the video game Stray, a title that stands out from the usual production by putting you in the shoes of a stray cat in an abandoned city. The Society for the Protection of Animals (SPA) had the good idea to join forces with Stray to raise awareness among the French, and especially the youngest, about adoption.

In concrete terms, by going to this link, you can download five "skins" (only for the PC version) allowing you to give the hero of the game the appearance of a real cat, from a SPA refuge, by waiting for an adoptive home.

“This summer was particularly difficult for our teams because they had to deal with the saturation of our 63 refuges and SPA houses, explains Jacques-Charles Fombonne, president of the SPA. They have cared for more than 10,150 cats who are now waiting for a new family. What better than a successful game to highlight them? We are proud to present five cats that we have taken in and we hope that they will become ambassadors for the thousands of abandoned cats in our shelters. Beyond knowing them in a virtual world, we hope that players will push the doors of our refuges to establish a real contact with them and become responsible adopters in order to offer them a new life.” 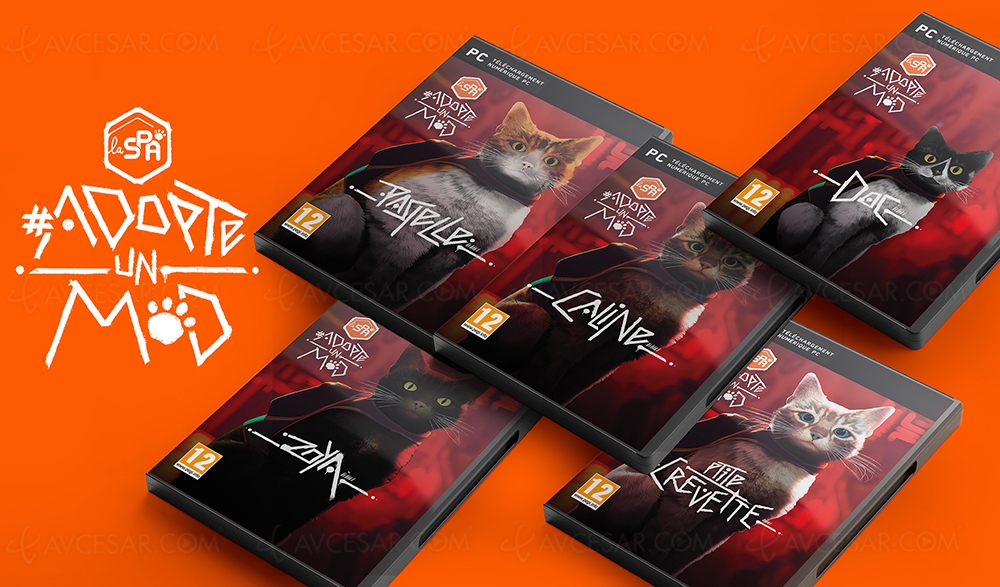