Global Smartphone Market on the Downslope

The second quarter was difficult for smartphone manufacturers, with declining global sales.

According to Counterpoint Research, global smartphone distribution declined by 9% in the second quarter of 2022 compared to the same period in 2021.

Note that from one firm to another the figures vary more or less, with -8.7% at IDC, but only -3.2% at Omdia. The drop is there, however, and this is the first time that global distribution has fallen below 300 million units since the second quarter of 2020 and the start of the pandemic.

Samsung, the only manufacturer in the Top 5 on the rise

The usual suspects to justify this decline: lackluster economic conditions exacerbated by geopolitical uncertainty caused by the conflict in Ukraine. In the Top 5 smartphone manufacturers, only Samsung is seeing year-on-year growth with +9% in terms of distribution and +3% in market share. Apple, Oppo Xiaomi and Vivo are all in the negative.

However, out of the Top 5, Omdia remarks that Motorola is doing rather well. The manufacturer climbed to 8th place with growth of nearly 20% compared to the second quarter of 2021, thanks in particular to a vacuum left by LG, which abandoned the mobile market last year. 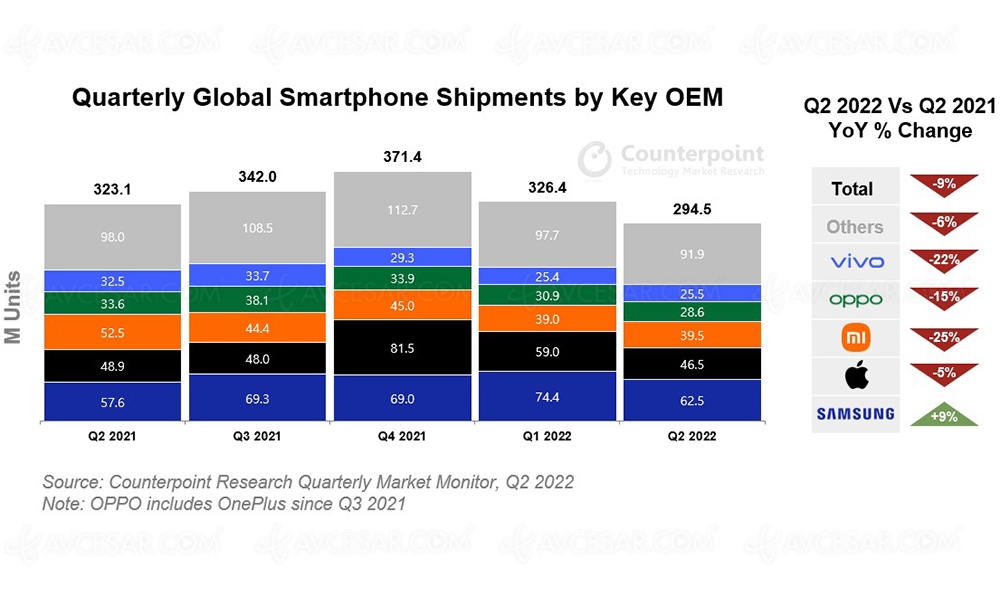