Presented once again at the CES virtual show in Las Vegas 2021, the Laser TV TriChroma Hisense 100L9 with a triple laser source and a 100 '' (254 cm) screen is scheduled for September. And, good surprise, its price will be more accessible than announced.

As a reminder, with Laser TVs, based on ultra-short throw projector technology, a few tens of centimeters back are sufficient (less than 40 cm) to obtain an image up to 100 '' (254 cm). 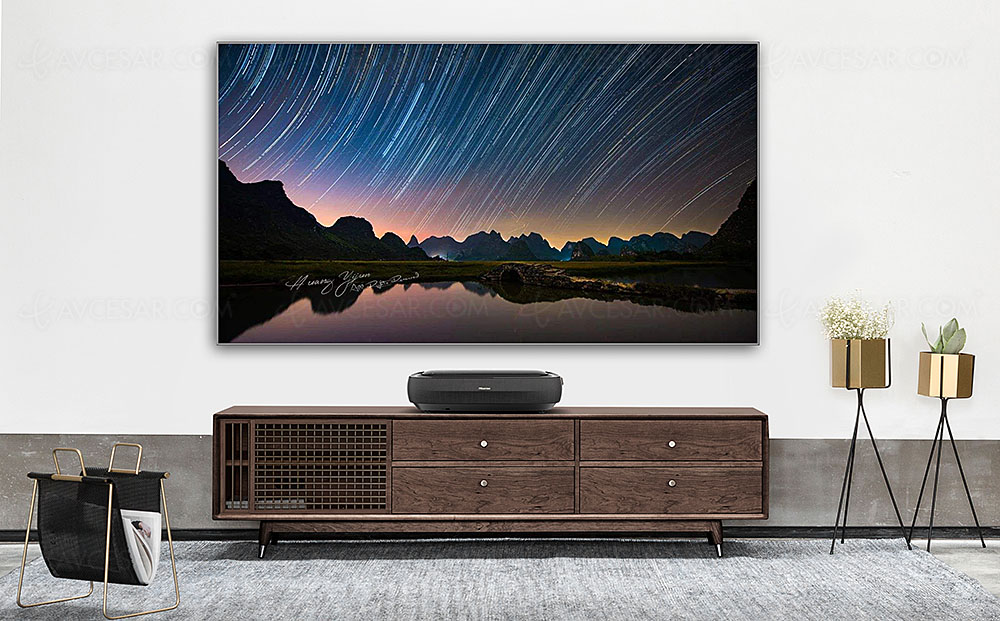 Thanks to the presence of the X-Fusion Laser Light Engine module, exclusive to the brand and based on a triple RGB laser, Hisense announces that the TriChroma Laser TV is the first diffuser capable of reaching 100% of the Rec. 2020 gamut and 95% of Rec. 2100 (Rec. 2020 with support for HDR extensions, which corresponds more or less to what the human eye sees). 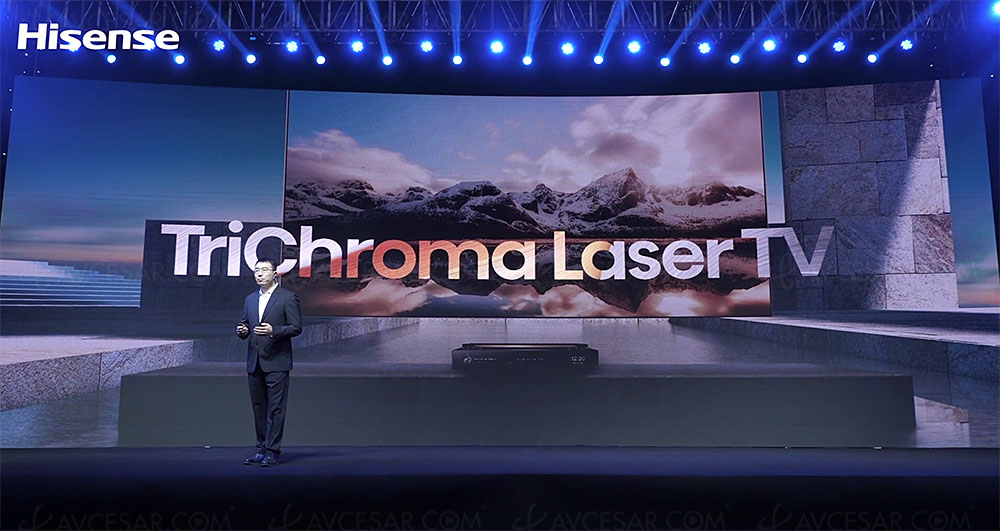 For the rest, the Hisense TriChroma Laser TV Hisense 100LF9 incorporates a DLP TI chip with a response time of 32 µs, 500 times faster than an LCD TV and displays a peak light of 2,800 lumens. Like its predecessors, a specific screen (Fresnel type), whose particularity is to absorb ambient light to make room for the projected image, is delivered with the product. Good news, the management of HDR Dolby Vision is part. The same applies to the 2021 vintage VidaaU Smart TV function.

To find out all about the Laser TV concept and Fresnel mirror screens, click on the following link to discover the special report: The ultra-short throw projector replaces the TV in living rooms. 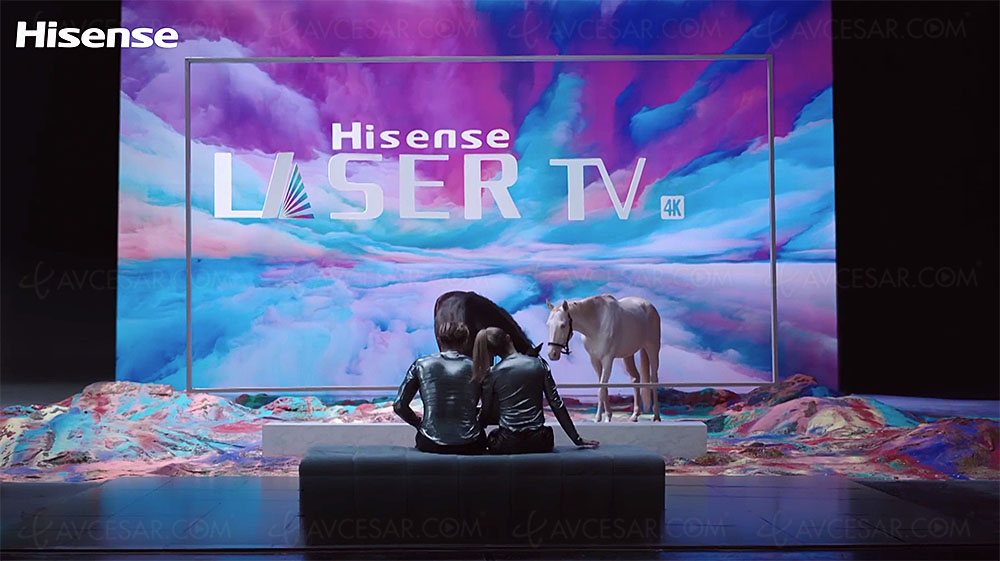 On the connectivity side, there are four HDMI inputs (announced as 2.0, one or more could adopt the 2.1 standard), a Sub-D15 input, an analog audio input / output, an optical output, two USB ports including one USB 3.0 and one ethernet port. Likewise, Wi-Fi and Bluetooth compatibility should be required. Precisely, the audio equipment of the TriChroma Laser TV, which has no less than 13 speakers from Harman Kardon in the USA, is branded JBL (owned by HK) in Europe. And Dolby Atmos compatibility is there. 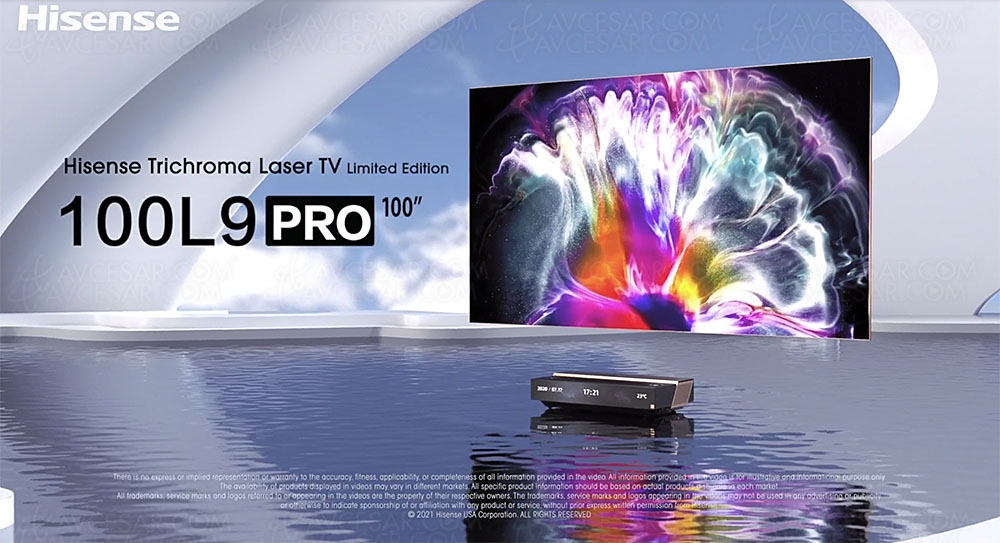