The Californian company nVidia offers the Shield Experience 9.1 update for its nVidia Shield Android TV multimedia boxes. History to fix the host of bugs that accompanied the 9.0.2 update and to add the ALLM function useful for video game enthusiasts. We now know everything about this update, the opportunity for the editorial staff of AVCesar.com to come back to it in great detail.

The American firm nVidia is still demonstrating its follow-up vis-à-vis its multimedia boxes nVidia Shield TV, which has benefited for a few hours from an update of the Android 11 operating system with version 9.1 of the system. 'exploit Shield Experience. 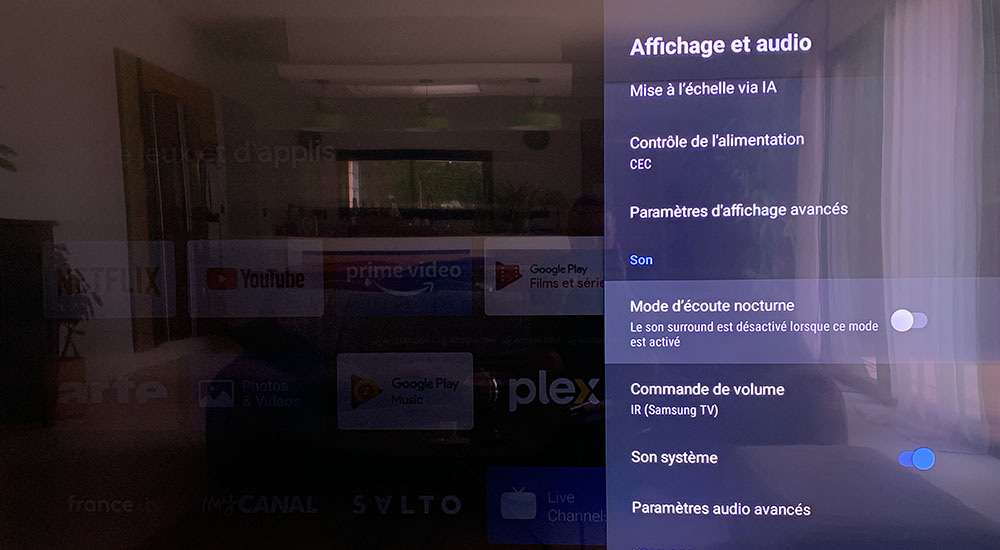 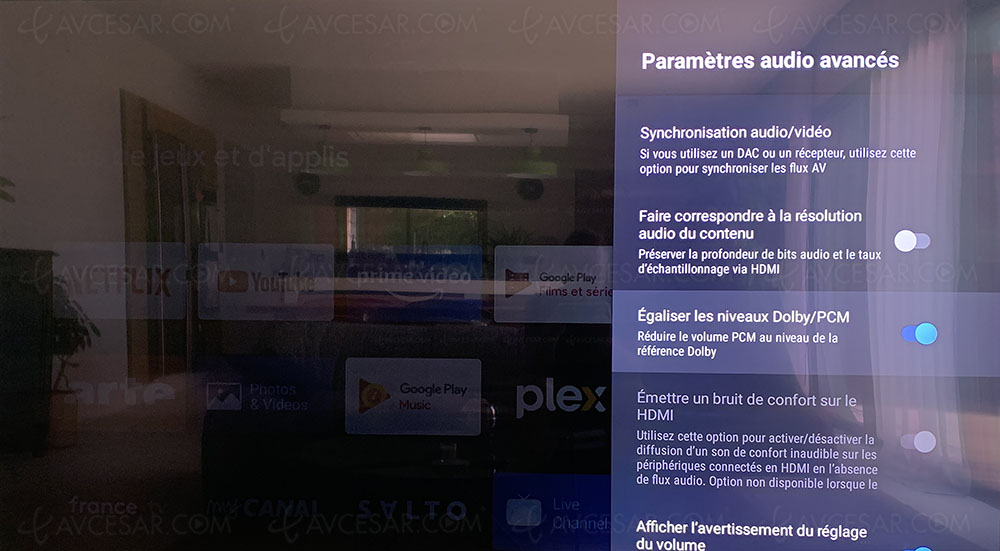 Namely, this update is available for all compatible decoders, i.e. all those ever released by the company since 2015 to the present day. On the program, multiple bug fixes, new functions for waking up from standby by pressing certain buttons on the remote control, adjustment of the volume of a PCM signal to that of the Dolby reference, a Night audio mode (night listening) for preserve its neighborhood relations (see photo above) and, above all, the addition of the ALLM function, which is activated automatically when you launch a game, locally or via the GeForce Now service (see photo below). below). 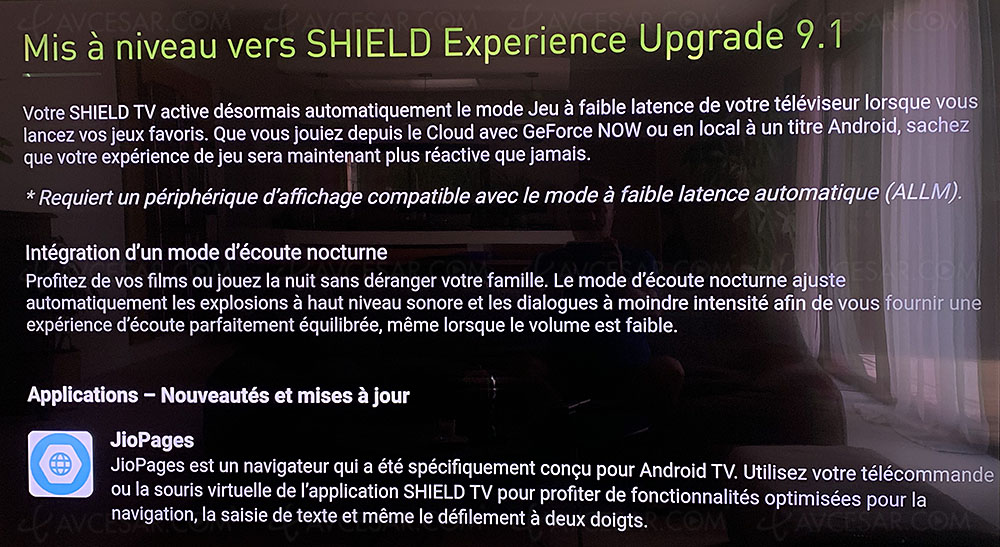 Improved Imax The update also brings Imax Enhanced compatibility to the Disney+ app. This means that you can therefore watch the relevant Marvel movies with the extended aspect ratio 1.90:1.

• Integration of a notification when the application uses the microphone 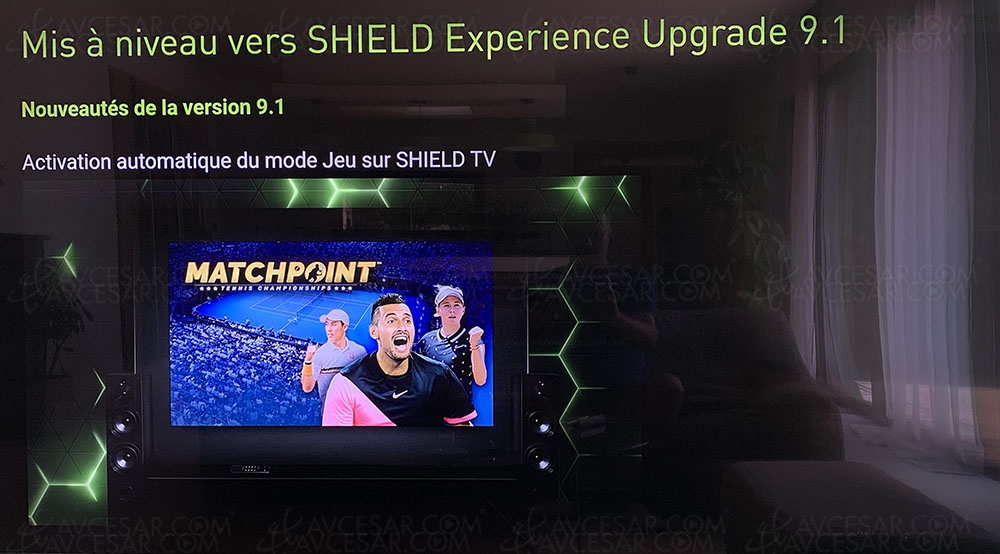