How long does it take for new products to reach 50 million users? What took decades in the last century can now be done in days.

The Visual Capitalist site had fun listing popular technologies and media according to the time needed to be adopted by 50 million users.

The digital revolution at the heart of technology adoption

For example, where the car took 62 years to reach this figure, it only took 5 months for Disney+ to reach the same degree of popularity. The comparison may seem unfair because digital distribution breaks the limits imposed by the chain of production and distribution linked to the material. However, the graph below clearly shows how far technology has progressed, with for example 22 years for television to reach 50 million users, for only 12 years for the mobile phone.

So take a look at the graph below for a more complete history. Note that the study dates from 2018 but is still relevant. 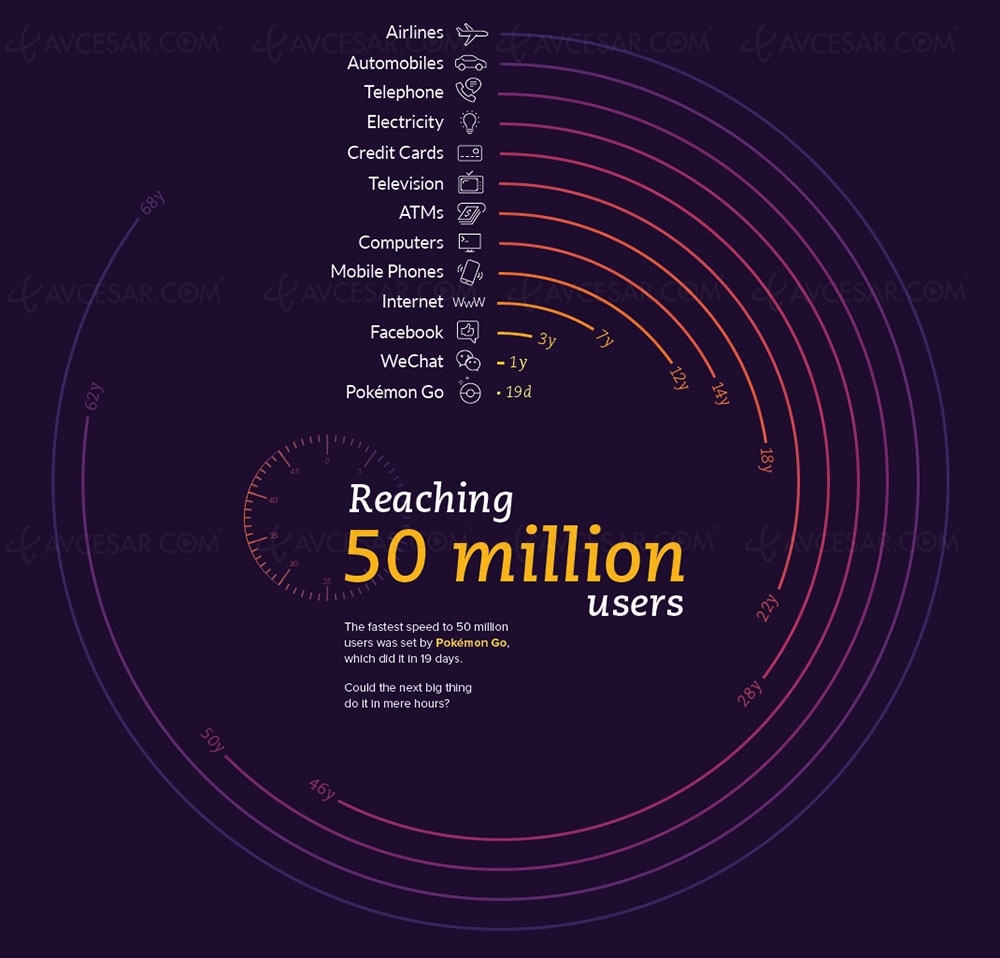