No more pimples on iPhone?

Apple apparently wants a future in which mechanical buttons are a distant memory.

Apple was recently granted a patent for invisible interaction zones. Concretely, it is a device on a small defined surface which acts as a button, but which is not one. Patent illustrations show that this technology can be applied to an iPhone, Apple Watch, or even an Apple Pencil.

This surface is riddled with microperforations allowing light to pass through. When the "button" can be used it is then illuminated to be visible. When not in use, the light is turned off and the surface becomes undetectable, for a pristine device, much like the concept Oppo showed off a while ago.

Elegance and increased solidity on the menu

These small surfaces are equipped with sensors to detect touch or pressure and thus serve as a button, for example for the volume or the ignition of the device. Note that Apple is not the only company to think about this kind of technology. Finally, on the advantages side, the disappearance of the buttons allows on the one hand a more elegant design, on the other hand a solidity and an increased sealing by the limitation of the mechanical components. Source: PhoneArena 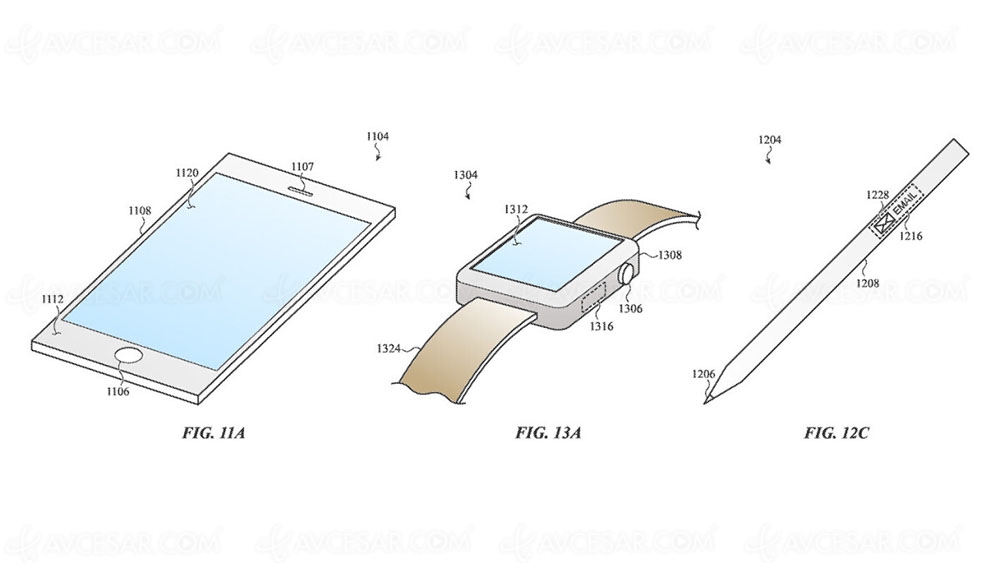