iPhone 14 Switch, we have the right to dream

No less than three screens for this iPhone concept capable of unfolding to become a game console. This is normal in Russia.

Usually confined to modifying technological gadgets to turn them into luxury objects, the Russian company Caviar is trying to create imaginary concepts with this 3D rendering of a chimerical iPhone 14, an improbable concentration of technologies, but not unrealistic though. 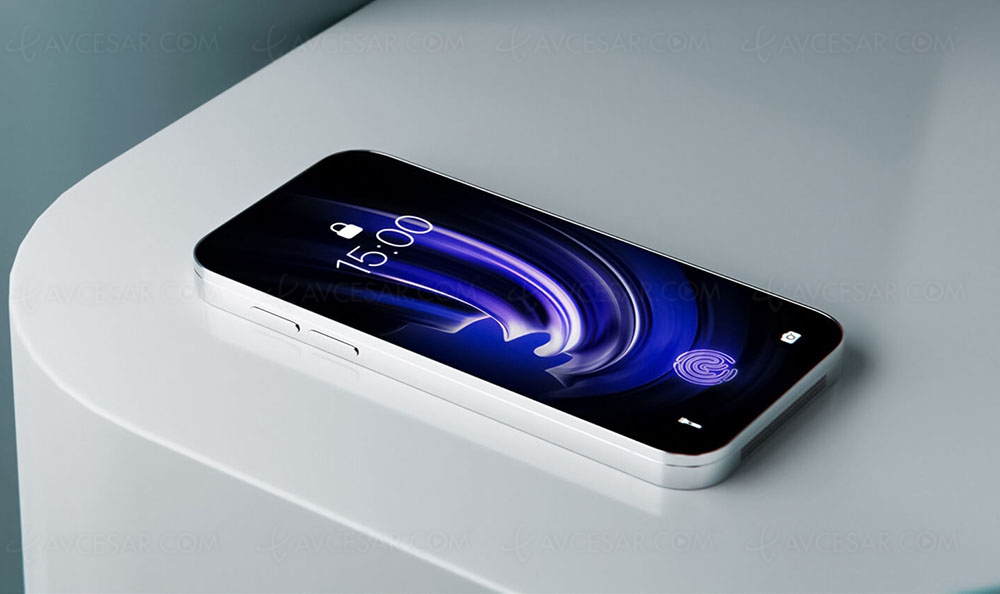 It starts quietly with a fingerprint sensor under the screen and the replacement of the notch by two perforations (which we will really find on the iPhone 14 Pro), then everything accelerates with the absence of ports, a flush camera module (so no bump on the back) and a small screen on the back for notifications. 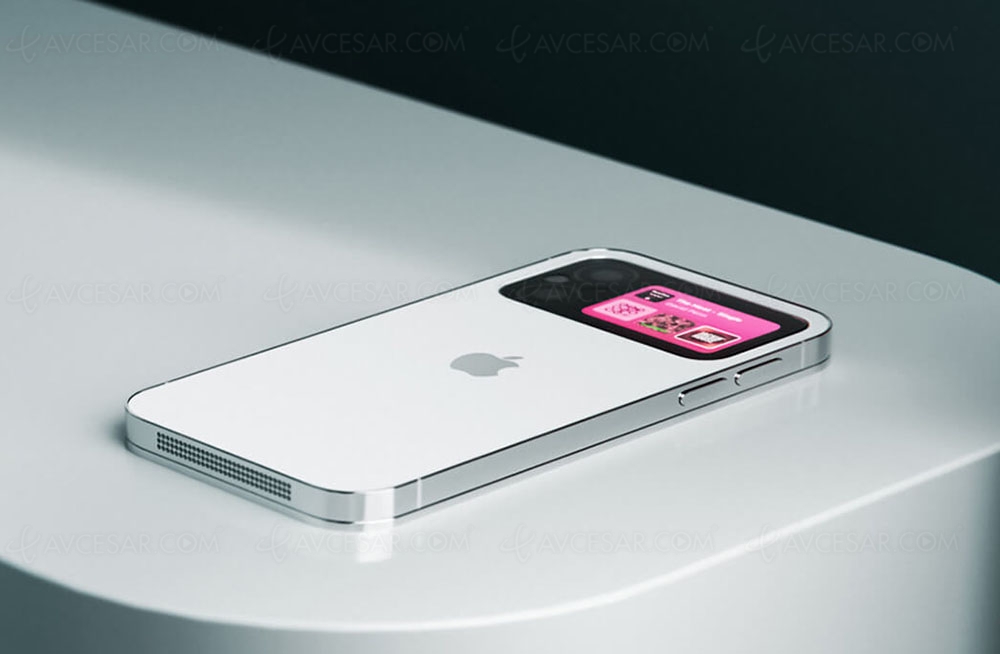 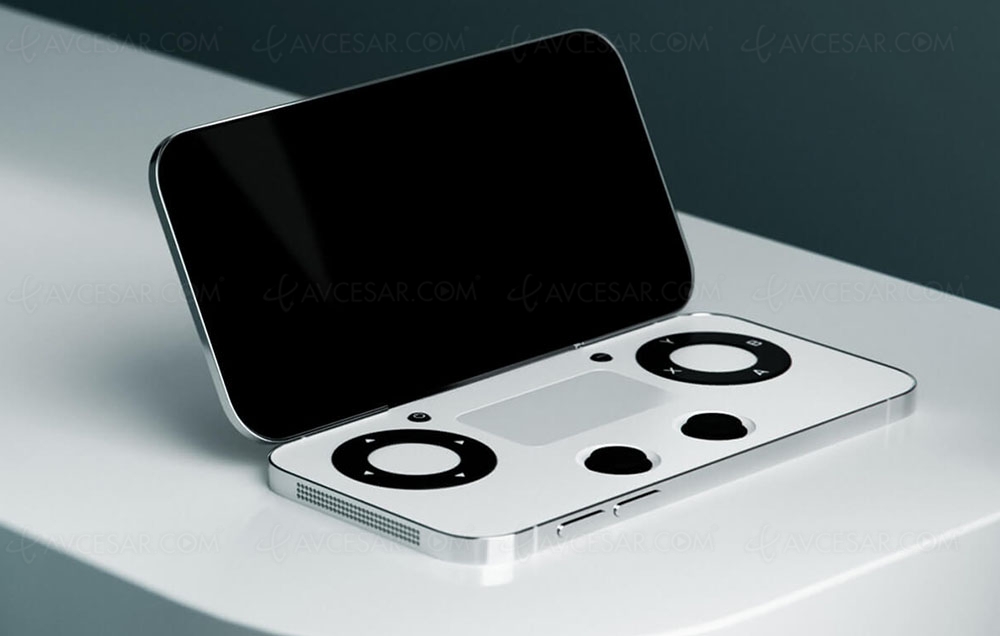 We then enter the realm of science fiction with a device capable of unfolding like a Nintendo DS-style game console, and revealing inside a third screen on the first slice, and controllers, a trackpad and buttons on the second slice. Named iPhone 14 Switch (as long as it goes, huh), this concept even dares to display an impertinent thickness of only 6.8 millimeters. In short, we have the right to dream, right? 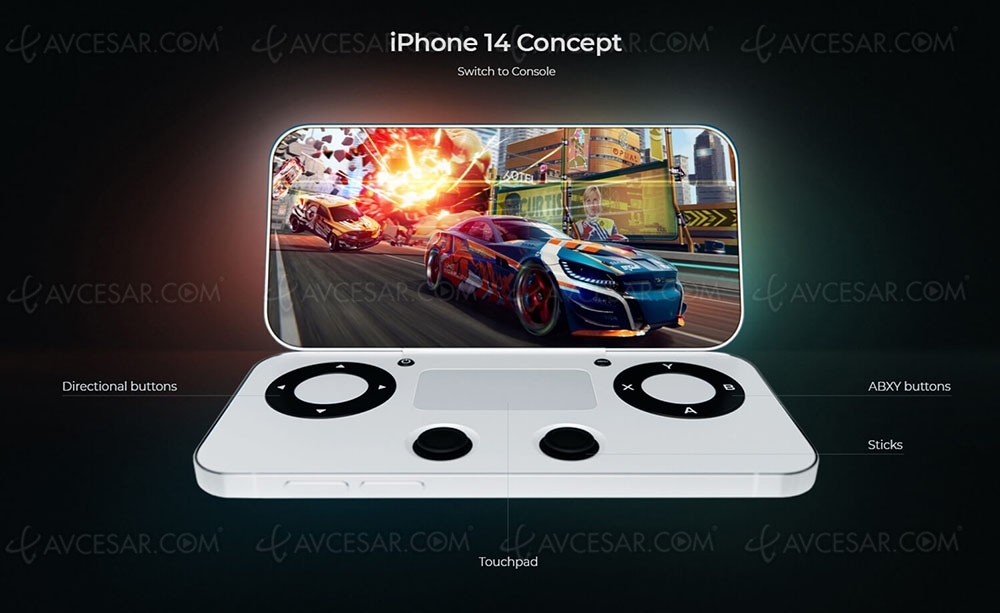