House of the Dragon trailer revealed!

There's a slight shudder in the air at the sight of these images from the Game of Thrones spin-off, and downright a little shiver when these few familiar notes sound. The House of the Dragon trailer is out now!

We immediately find the spirit of the parent series started eleven years ago: its gloomy settings, its richly dressed characters, its diaphanous faces and already its angry dragons. A trailer that sets the mood and is frankly rather envy. 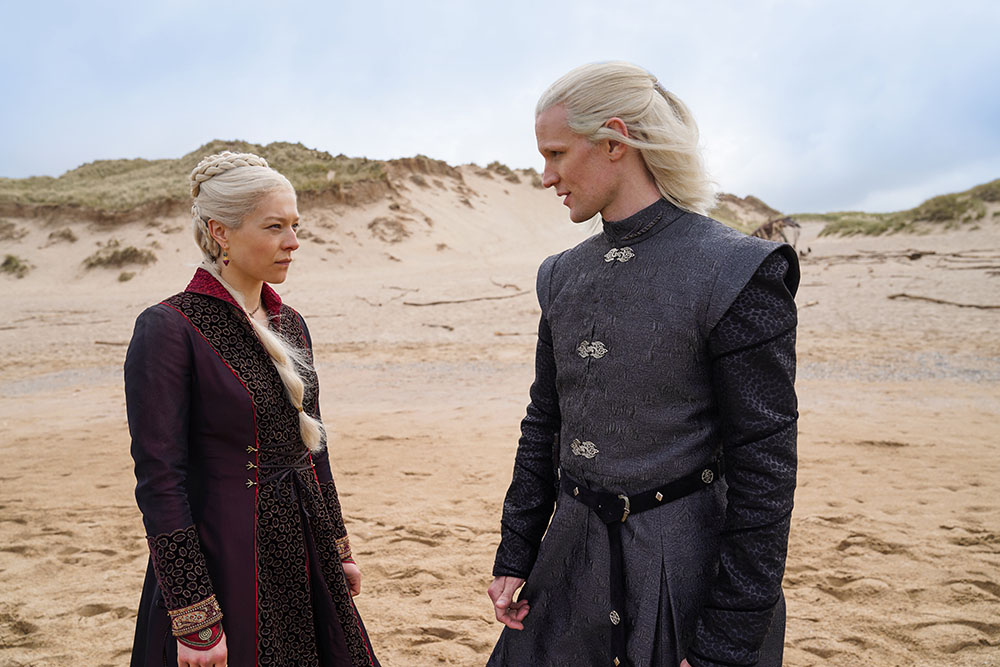 The story takes place three centuries before the events of Game of Thrones and focuses on the House of Targaryen, part of which is told in George RR Martin's novel Fire & Blood. The magnificent Rhaenyra will attempt to usurp the Iron Throne from her brother Aegon II in a war known as the Dance of the Dragons. In this conflict, Alicent, Rhaenyra's mother-in-law, will play a key role.

House of the Dragon will be broadcast on OCS on August 22, simultaneously in the US at 3 a.m. for the occasion.