Apple, Samsung, Xiaomi, OnePlus, Oppo, Sony and the others… Which smartphone models emit the most or the least radiation?

Today, there are no studies proving the negative effects of radiation emitted by smartphones on the human body, but doubt remains and some consumers may take this factor into account when choosing their mobile, especially since the most are in almost constant contact with the essential device.

Specific Absorption Rate or SAR in English, DAS in French

Each model emits its own quantity of radiation, a data measured in Specific Absorption Rate (SAR in English and DAS in French for specific absorption rate), i.e. the quantity of electromagnetic energy absorbed by the body . Thus, the Council of the European Union has determined that the standard for smartphones is 2 watts per kilo, measured on 10 grams of body tissue that absorbs the signal at most. 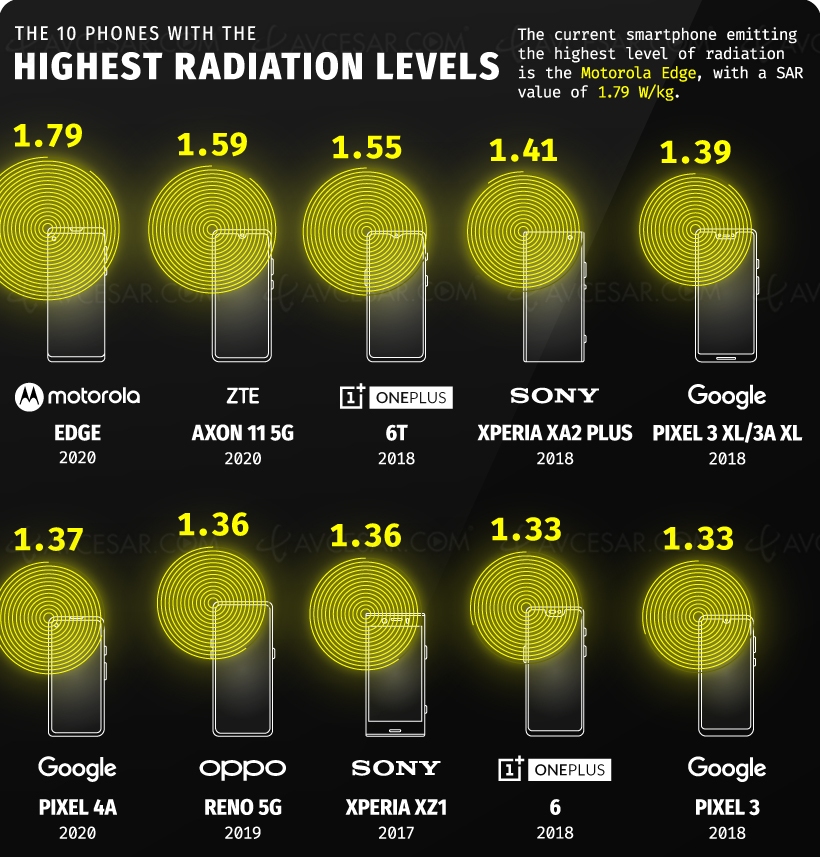 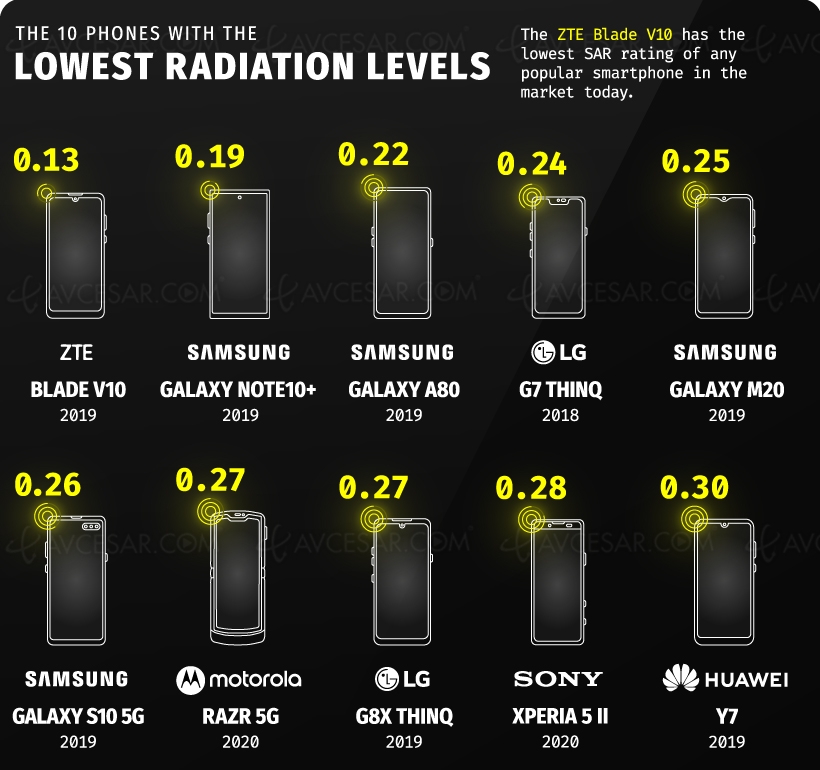 We will notice that the smartphone emitting the most radiation is the Motorola Edge with an SAR of 1.79. Note also the absence of iPhones from both classifications, and the presence of four Samsung mobiles in the least emissive models. 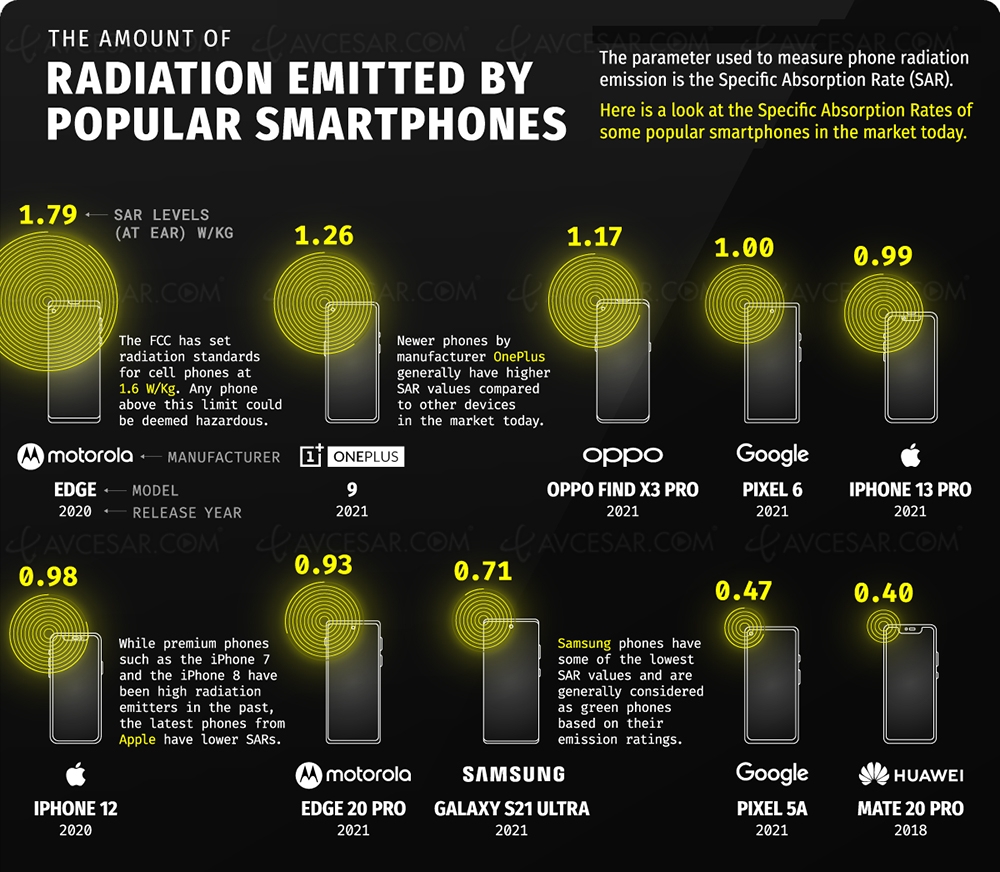