The drama Notre-Dame is burning by Jean-Jacques Annaud will be released in a limited 4K UHD/Blu-Ray combo on July 20 by Pathé.

In unbelievably adverse circumstances, a group of firefighters fight toe to toe to preserve one of humanity's greatest masterpieces, Notre-Dame Cathedral, devastated by fire in April 2019.

If he did not witness the dramatic fire of Notre-Dame live, Jean-Jacques Annaud (Le nom de la Rose, Stalingrad) knows the cathedral well, the scene of his very first photos when he was a child . He undertook here to retrace the "fascinating cascade of setbacks, obstacles, dysfunctions" which paved the way for the rescue of the cathedral.

To give more scope to the reconstruction of the disaster, a large part of the nave of the building was rebuilt on scale 1. And the collapse of the spire and then of the vault of Notre-Dame, devoured by the flames, reconstituted with large means. Jean-Jacques Annaud and his team only had 40 seconds to immortalize this perilous pyrotechnic cascade with twenty cameras…

In the cast of the film, we find a few veterans such as Samuel Labarthe (The Little Murders of Agatha Christie) and Jean-Paul Bordes (Lost Ilusions), but also many "young shoots" of French cinema such as Jérémie Laheurte (La vie of Adèle), Mikaël Chirinian (Mafiosa), Pierre Lottin (Thanks to God) or even Chloé Jouannet (Infidel). Released on March 16 in theaters, Notre-Dame brule attracted just over 700,000 spectators in theaters.

In addition to the excellent making of produced during filming, we will discover as a bonus an interview with Jean-Jacques Annaud, archives on Notre-Dame and the director's audio comments. 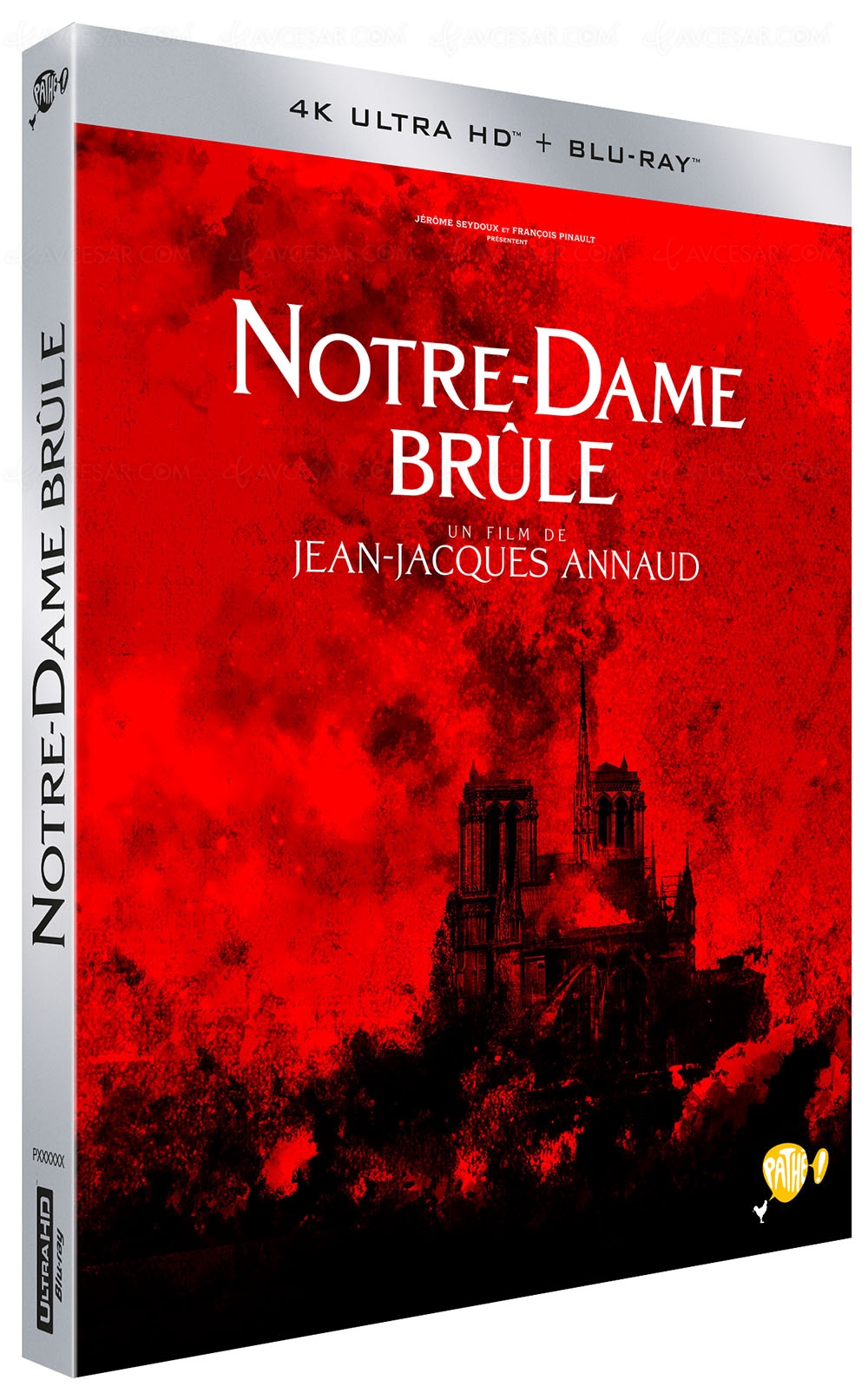