Magnificent videos that show us what the iPhone 14 Pro should look like, which will be released next September.

The rumors are so numerous and consistent that the iPhone 14s are unlikely to surprise us when they are unveiled next September.

Moreover, this subodorous information is precise enough to allow talented artists to recreate these future products in 3D, with as proof an iPhone 14 Pro modeled by Technizo Concept in collaboration with Let's Go Digital (images and video below). below), and another made by #ios beta news (click to see the video).

Small reminder of the anticipated characteristics of the next four iPhones, starting with the screens: flexible Oled 6.06'' (15.4 cm) for the iPhone-14, 6.68'' (16.96 cm) for iPhone 14 Max. The iPhone 14 Pro and Pro Max would have a flexible Oled LTPO screen, with the same sizes as the other two versions. Note that the refresh rate of the standard models would be 60 Hz, and those of the Pro models would be equipped with ProMotion for a variable rate between 1 Hz and 120 hertz. 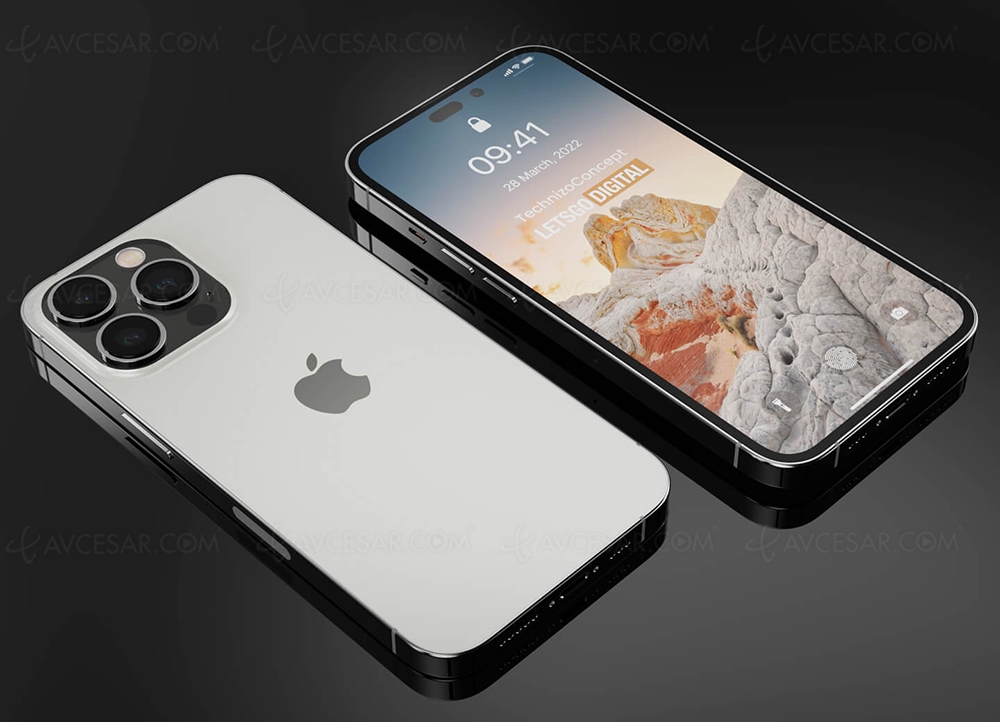