The “leaked” dimensions of the next iPhone 14 Pro and Pro Max indicate a camera module with inflated dimensions.

Leaker Max Weinbach (69% reliability on Apple Track) recently shared seemingly authentic tech schematics of the upcoming iPhone 14 Pro and Pro Max. We see in particular the dimensions of the two devices, which are a little thicker than their predecessors in the iPhone 13 range.

The iPhone 14 Pro Max would thus be 77.58 mm wide, a little smaller than the iPhone 13 Pro Max and its 78.1 millimeters. The height would remain similar, with 160.7 mm against 160.8 mm previously. As for the depth, it would now be 7.85 mm against 7.65 mm, without forgetting the bump formed by the camera module. This would be 4.14 mm, whereas it was only 3.60 mm before, and there is also an increase of around 5% on the other two dimensions. In short, the device would be thicker than its predecessor, and this change in size would probably indicate an improvement in the type of sensors used. 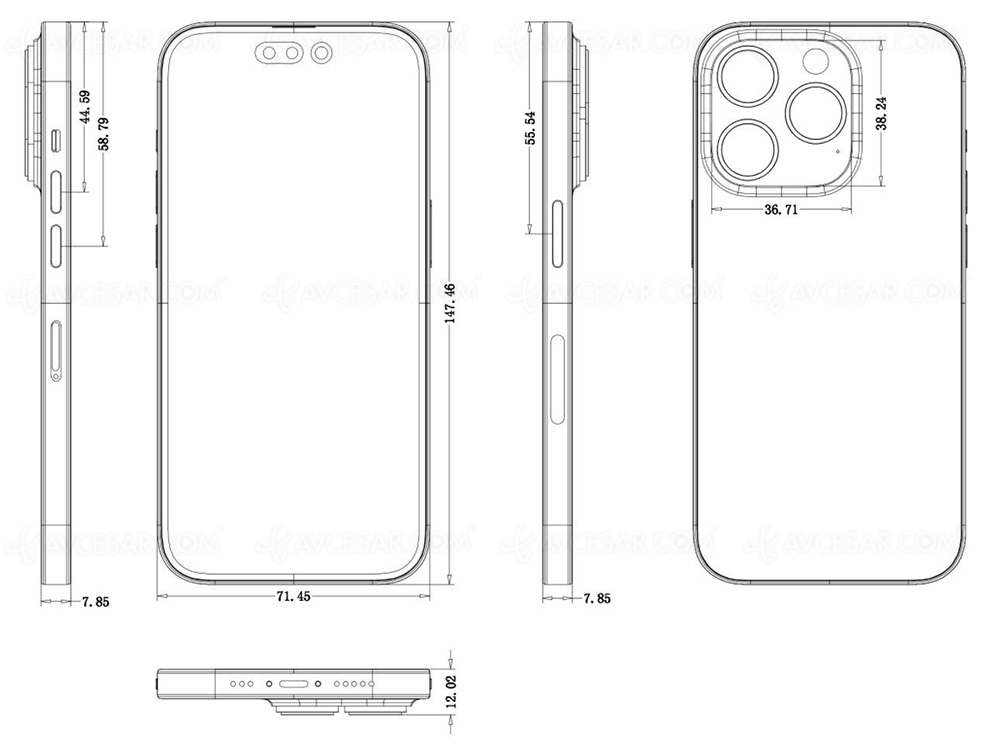 As for the iPhone 14 Pro, smaller than the Max, it would remain similar to the iPhone 13 Pro widthwise with 71.45 mm against 71.5 millimeters. The height would also be almost the same, with 147.6 mm against 147.5 millimeters. Finally, we observe the same swelling of the camera module, which would go from 3.60 mm to 4.17 mm in thickness (see illustration above). 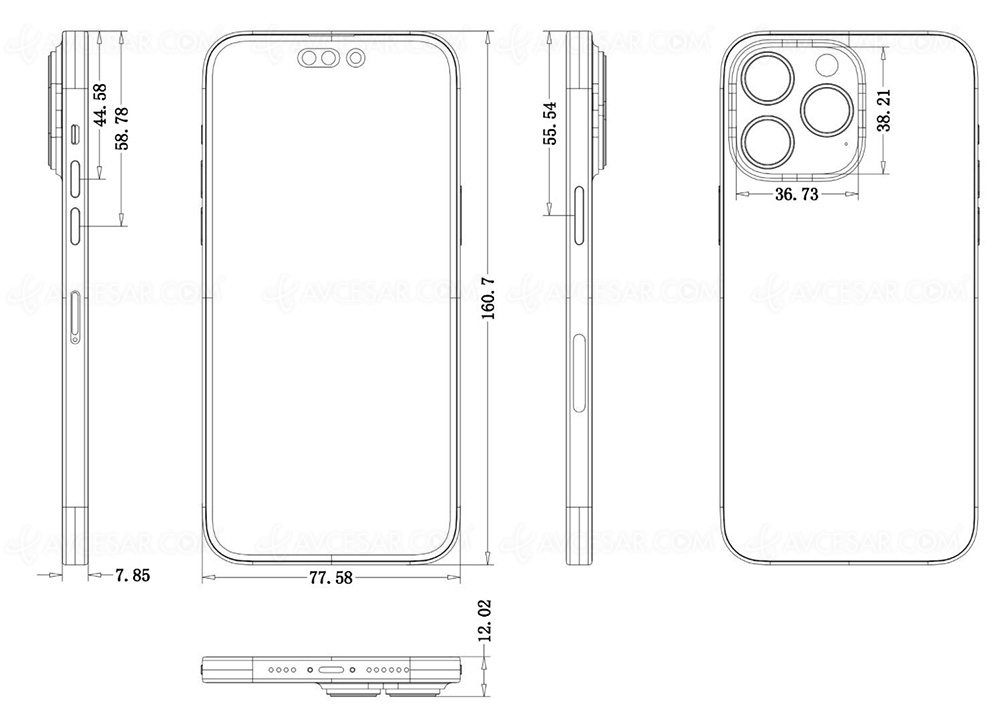