Have the Samsung Display and Samsung Electronics companies agreed on the price of the QD Oled/QD-Display TV panel, prior to the manufacture of the Samsung QS95B TVs seen at the CES show in Las Vegas 2022 last January? In any case, televisions equipped with the new display technology developed by the Korean group are for the first time referenced on the site of an online store.

We begin to hope for an imminent official communication from the manufacturer, like what Samsung very often used to offer in March in the pre-pandemic years.

Agreement on QD Oled/QD-Display between Samsung Display and Samsung Electronics?

While according to the latest rumors, relations were tense between the entities Samsung Display and Samsung Electronics (and more precisely Samsung Visual Display), respectively in charge of the brand for the manufacture of LCD and OLED screens and their marketing ( see our QD Oled/QD-Display Samsung QS95B TV news delayed to the end of 2022, or even postponed to 2023?), the appearance of Samsung QS95B TVs on the site of an American web merchant, Value Electronics, gives hope as to a relatively rapid of these models. 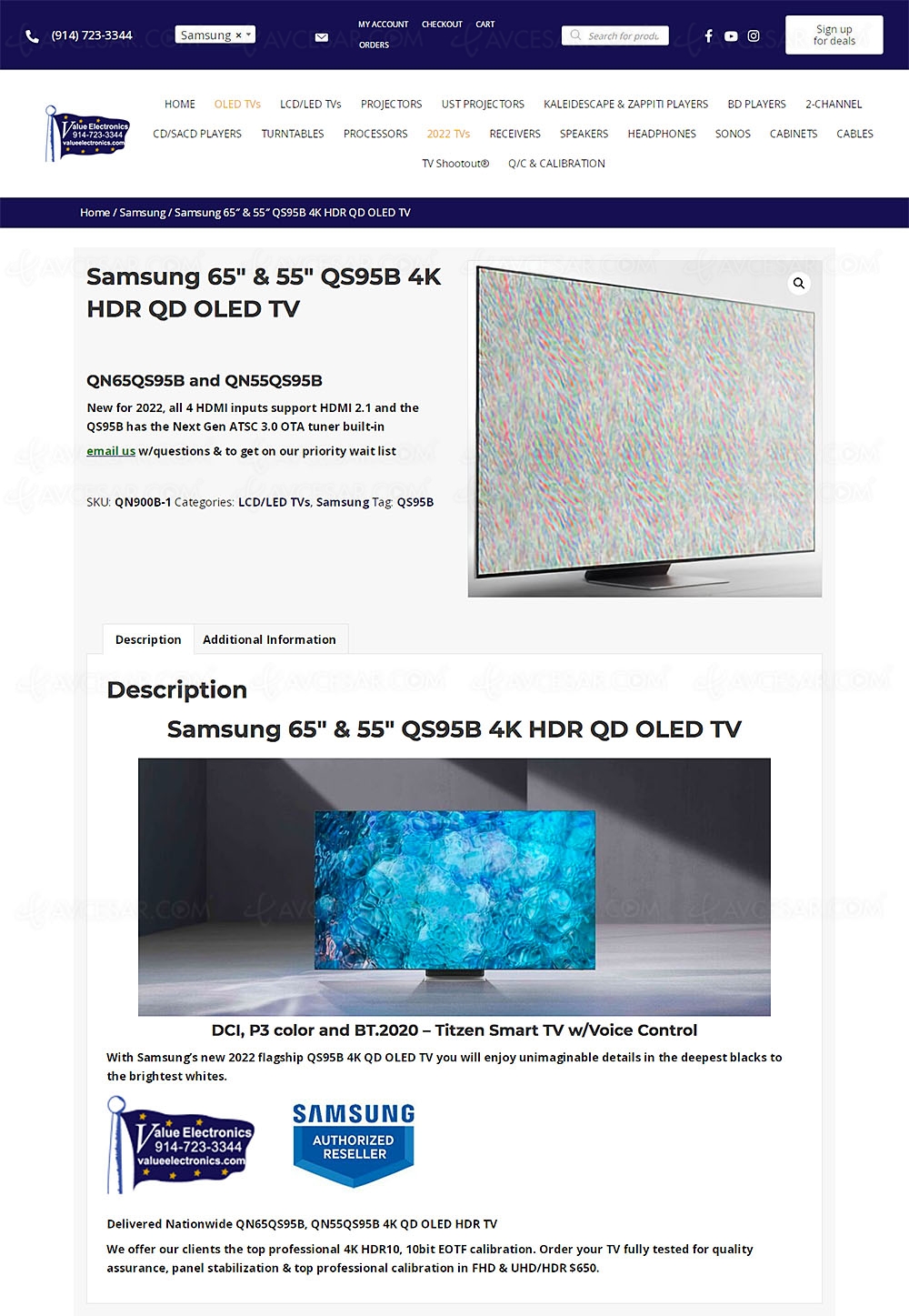