What social networks in Russia?

As the big names in tech leave Russia one after the other, here's a quick overview of the country's most popular social networks.

Far be it from us to comment on the current dramatic events shaking the former Soviet Union, but it is interesting to know the extent of the social network market there, knowing that they are a favorable field for information and influence warfare.

While global platforms such as Facebook, YouTube and TikTok have reduced the reach of some Russian media, resulting in their censorship by the Russian authorities, let's take a look at the popularity of these networks there. Between January and December 2021, Statista's Global Consumer Survey asked more than 2,000 Russians aged 18 to 64 about their social media usage habits.

The number one platform -used by 73% of respondents- is a local program called VKontakte. Foreign networks, however, monopolize almost all of the Top 8, with YouTube second (68%), followed by Instagram (59%). Note also Facebook in 5th position (37%) then the Chinese TikTok in 6th (35%). It remains to be seen now how much this ranking will have moved once the events are over. As soon as possible and in peace, we hope. 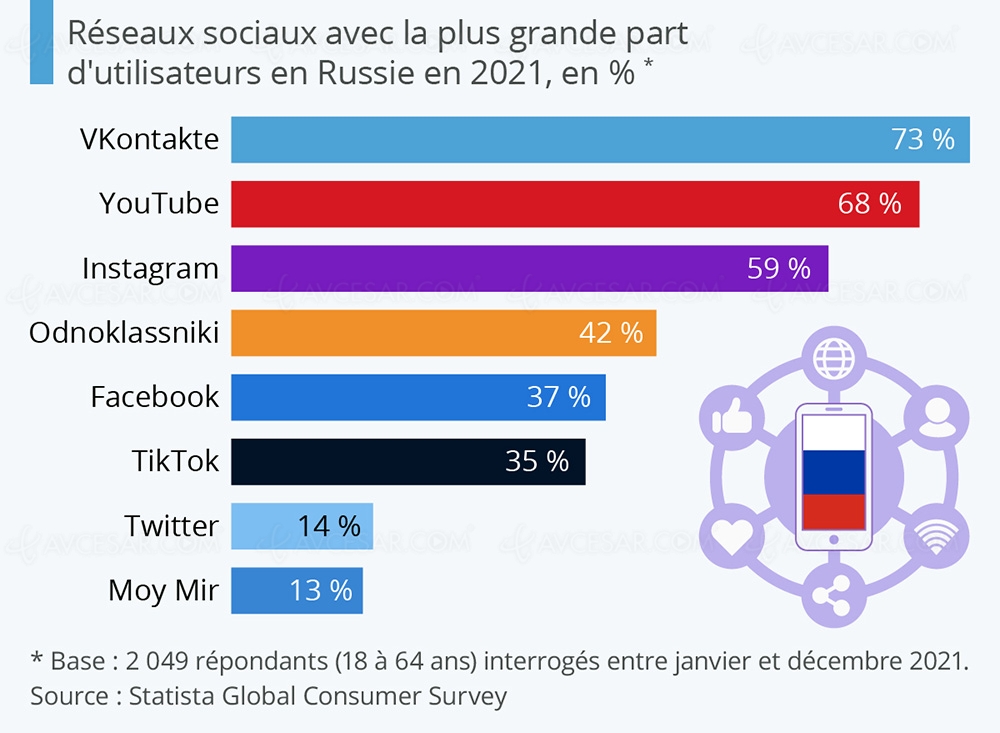