Remember, at the beginning of January, a few hours before the opening of the CES show in Las Vegas 2022, AVCesar.com rolled out the new Samsung TV range with no less than thirteen series including six Neo QLED (Mini LED), excluding series Lifestyle (The Frame, The Sero, The Serif, The Terrace) and excluding special series intended exclusively for a distributor (Darty, Boulanger, Leclerc, etc.). Since then, slight changes have taken place for the Neo QLED models which are detailed below.

Compared to our first publication on the 2022 Samsung TV lineup, the Ultra HD 4K QN85B series is disappearing while the UHD 8K Samsung QN700B series is appearing directly in the spring and not in the last quarter as in previous years.

In the listing below, we recapitulate the Samsung 2022 TV range smelled at the time of writing these lines, after having transposed the Korean references into European models:

• Samsung White Oled: marketing planned for the second half of 2022

To this list, we must therefore add the Korean manufacturer's Lifestyle televisions for a total of 17 TV series:

• Samsung Lifestyle TV: The Frame, The Serif, The Sero, The Terrace

As a reminder, The Frame TV series will already be renewed with the 2022 Samsung LS03B references (see our CES 22 news > Samsung The Frame LS03B Ultra HD 4K TV, Lifestyle TV from 43'' to 85 ''). Similarly, the other Lifestyle TV series (The Sero, TheSerif, The Terrace) should be refreshed during 2022, in particular to integrate a brand new LCD panel coating intended to magnify the rendering of the photos and inaugurated on the specimens. The Frame 2022. 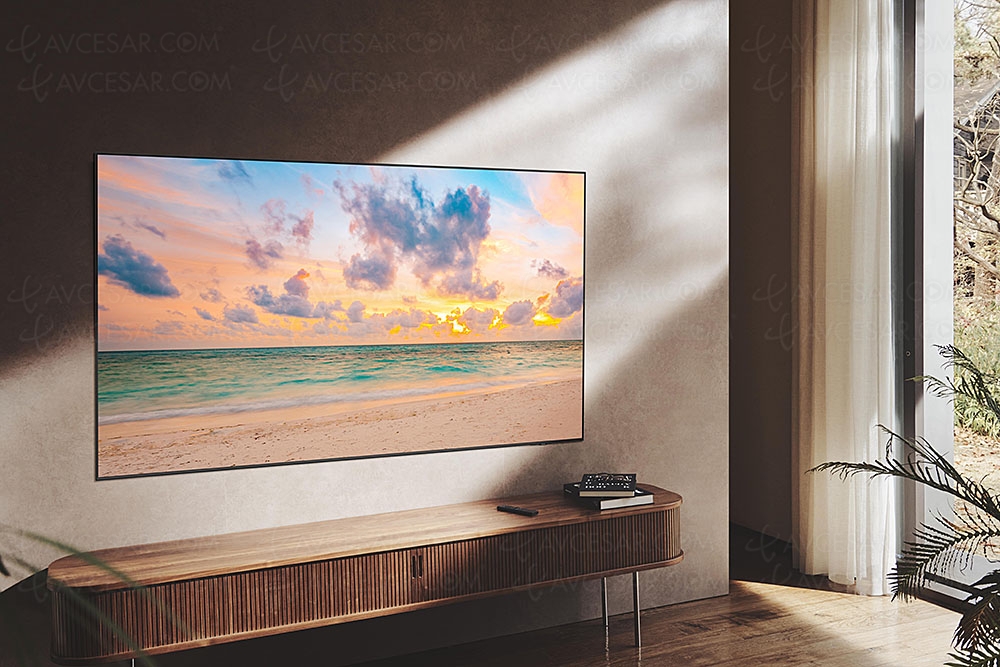