The Californian company nVidia offers the Shield Experience 9.0.1 update for its nVidia Shield Android TV multimedia boxes. Just to fix the host of bugs that accompanied the 9.0 update…

The American firm nVidia is once again demonstrating its seriousness with its nVidia Shield TV multimedia boxes, which benefited from the Android 11 operating system at the beginning of January.

Unfortunately, for once, a multitude of bugs (about thirty identified) accompanied the Shield Experience 9.0 software. If many of these bugs are minor, the Plex server application used by many of you has been inoperative since... Starting today, and by the end of the week or even the beginning of the following week, the update Update Firmware Shield Experience 9.0.1 is therefore, or will be, offered. 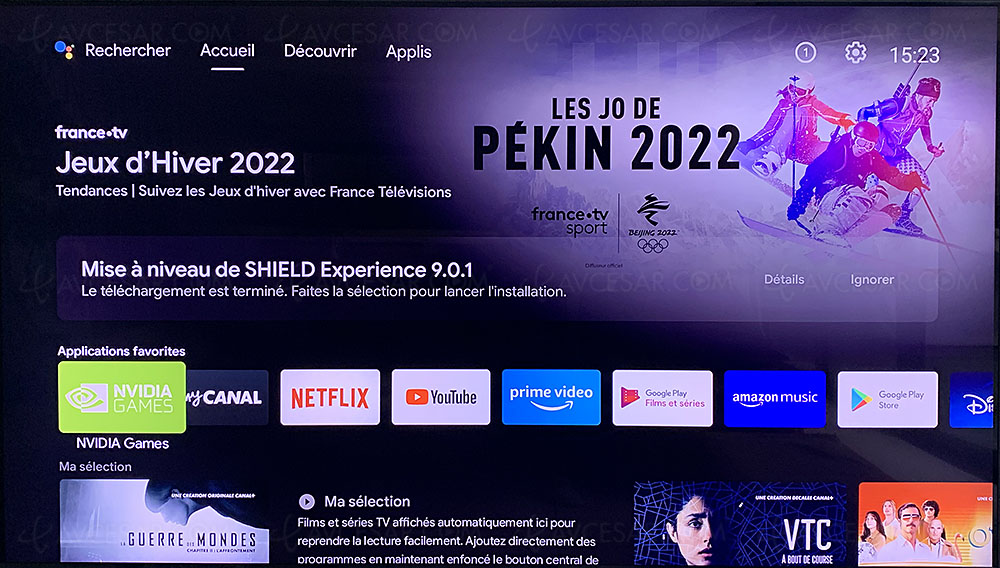 • Accessories- Fixes Kodi bug where Shield TV app, Control4 and other remotes would not work properly- Fixes Kodi issue where long press on Select or menu was not detected correctly- Fixes issue on Xbox controllers where pressing the Xbox button did not bring up the Stadia menu - Fixed bug where IR volume control was disabled when USB Dac was connected - Fixes navigation issues when selecting folders to grant file and media permissions