A simple word could be enough to disable and enable the noise cancellation of Apple's next earphones.

It's been a while since new AirPods Pro were released but version 2 could arrive this year if the latest rumors are to be believed.

According to a patent filed by Apple in July 2021 and recently published, the new headphones could be equipped with voice control to switch from noise cancellation mode (ANC) to Transparent mode, the latter deactivating the ANC to be able for example listen to a conversation. The document describes how the user will be able to define words which, once spoken, are detected by the headphones to activate/deactivate the ANC.

To avoid accidental activations, the system will be able to detect if the word was actually spoken for the intended purpose. Note that this is only a patent, and therefore it is not 100% certain that this function will be integrated into the next AirPods. 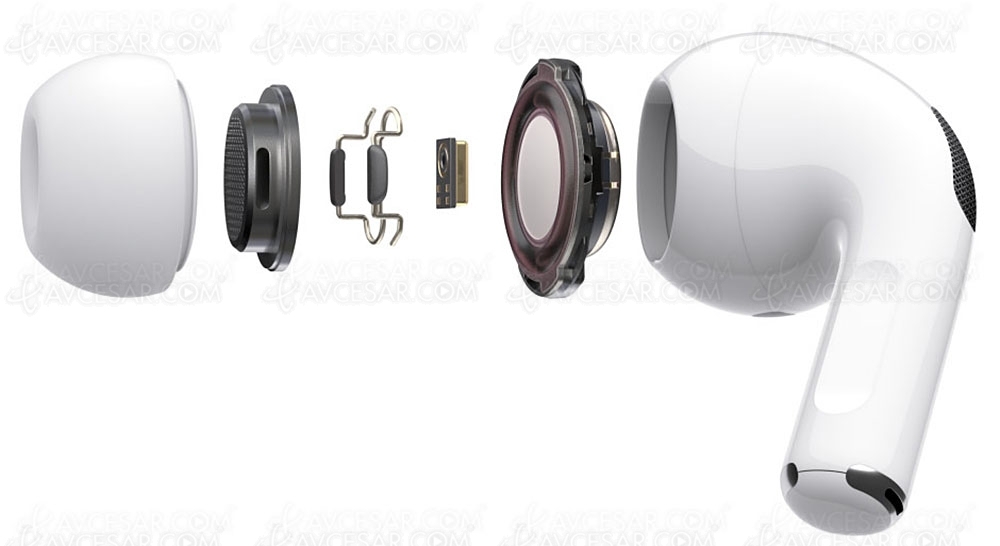