As soon as Dying Light 2 is released, the game is already kicking things into high gear with an 8K Ultra HD version perfected by crazy modifiers.

After Guardians of the Galaxy, the Digital Dreams YouTube channel is once again showing that it also loves new games, with the boosted version of Dying Light 2, a Techland title that was recently released on Xbox Series X/S, PlayStation 4, PlayStation 5, Xbox One, Nintendo Switch, and PC.

Dying Light 2 in 8K via DLSS

This Ultra HD 8K edition runs on a PC with generous specs: Asus Prime x470-Pro motherboard, Ryzen 9 3900x 4.5 Ghz processor on each core, 32 GB of Corsair Vengeance Ram memory, and of course the latest graphics card Asus TUF RTX 3090. This new rendering uses nVidia's DLSS (for Deep Learning Super Sampling) technology, which uses artificial intelligence algorithms to improve the sharpness of an image as if it had been originally drawn in the resolution displayed (when in fact, not).

The ReShade Beyond all Limits rendering application is also used to simulate Ray Tracing, a 3D rendering technique that traces the path of light and simulates its effects when it comes into contact with objects in a scene, offering a striking result and realism. 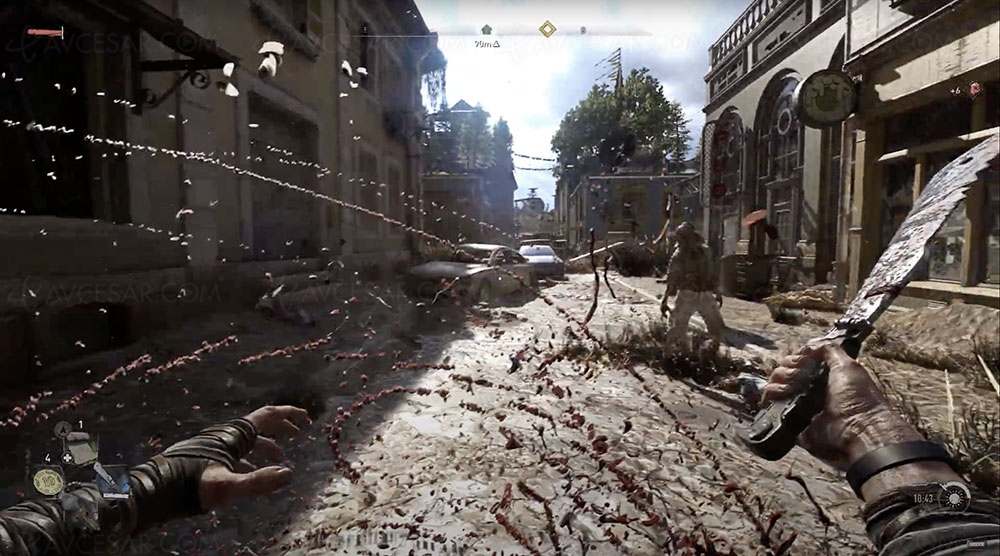