After augmented reality and virtual reality, "simulated reality" is interfering with tomorrow's technologies to, perhaps, lay the foundations for the future of 3D screens.

3D technology attempted to make its way into living rooms but ultimately did not take as well as Hollywood had hoped. This does not prevent Dimenco from continuing to dig into the subject, the company having already cut its teeth more than ten years ago to provide TV manufacturers with technical solutions for 3D without glasses.

Won by an Innovation Award at the last CES show in Las Vegas, the Simulated Reality Pro Display is Dimenco's latest model, capable of displaying a 3D image without the need for special glasses. Behind this feat, an immersive technology called Simulated Reality or SR, which aims to rise to the ranks of the already popular AR and VR (augmented reality and virtual reality).

Our colleague Petapixel was amazed by the 3D rendering of this 32'' (82 cm) screen with a resolution of 7,680 x 4,320 pixels at 8K/60Hz for a brightness of 400 nits. However, it is a big baby - 18 kilos - more for the office than the living room. The fidelity of the relief is in particular due to cameras on the screen which follow the position of the eyes but also of the hands for gestural interaction.

A strong computer is also necessary to support the screen. Count at least an Intel i7 processor and an nVidia GeForce RTX 2080 Ti or GeForce RTX 30xx graphics card. Available at an indicative price of €9,990, this screen perhaps lays the foundation for what 3D display without glasses could be in the future. 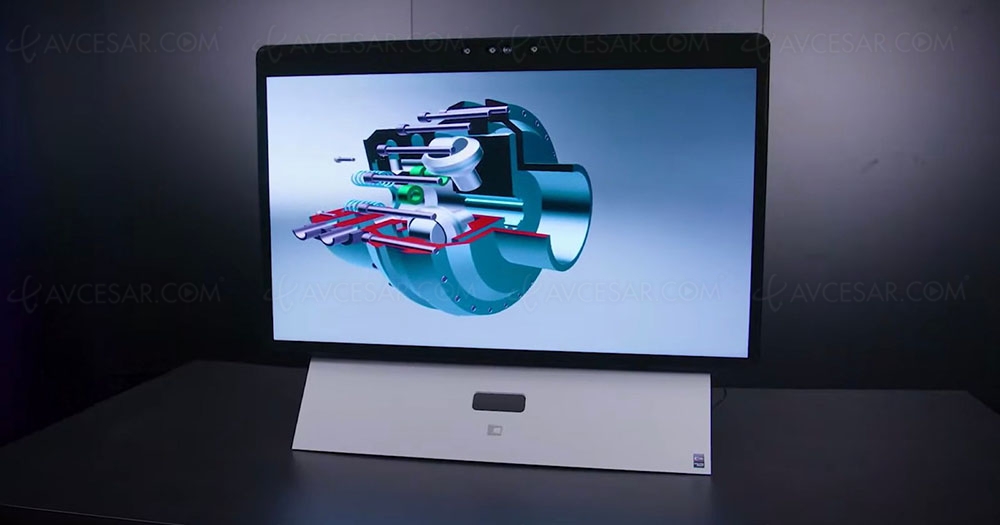