Announced at the CES show in Las Vegas only by Sony Asia, the Sony A75K 4K Ultra HD Oled TV series has just been officially unveiled on the brand's YouTube channel. On the other hand, it should not be available in our regions before the second half of 2022, more seriously at the start of the next school year.

Like the Sony A80K series, the Sony A75K will be based on a Woled (White Oled) panel from LG Display. Note, this is the first time that the Japanese manufacturer's 7 series has welcomed Oled technology and it is an indication of the future price positioning of these televisions. They will undoubtedly be more affordable in order to compete with the "first price" Oled TVs marketed by LG or Philips in recent years. 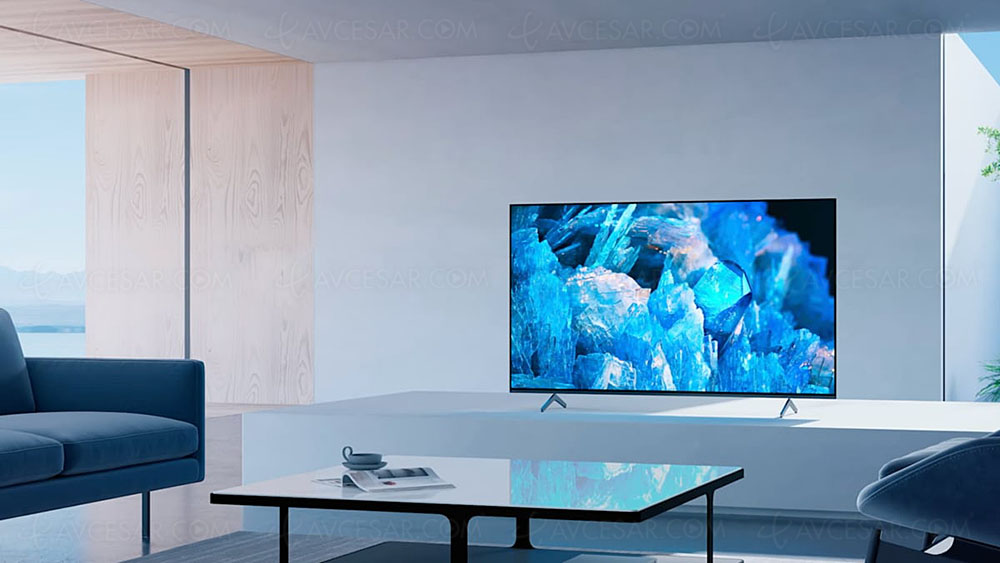 The capabilities offered by the XR Cognitive Processor vintage 2022 have enabled Japanese engineers to refine XR Upscaling 4K technology (formerly X- Reality Pro). This new algorithm, associated with the third image database dedicated to textures, detects and analyzes each object composing an image. These are individually optimized to display a sharper texture, greater depth with the aim of increased naturalness and reality. Of course, the XR Smoothing process to greatly reduce (or even eliminate) the posterization phenomenon is still on the menu.

If no value is given on the light peak of Sony A75K televisions, the latter should be more or less similar to that of Sony A90J vintage 2021 TVs thanks to the use of Sony's exclusive XR Oled Contrast Pro technology. This requires 100% of the four sub-pixels present in the White Oled panels: white, red, green and blue. In addition to increasing luminosity, this technique preserves color density with a greater available Color Volume. However, in the absence of aluminum foil to dissipate the heat from the diodes and avoid the grid (to avoid marking or Burn-In), do not expect miracles.

We find on the Sony 2022 Smart TVs, therefore within the Sony A75K, the Google TV operating system which gives pride of place to content. Like Android TV, Google TV consolidates and organizes all your apps and streaming subscriptions in one place. But, while with Android TV, the applications are at the top of the menus, here it is the content that takes precedence, displayed next to each other by theme. More than 6,500 applications are affected, including Disney+, Netflix, Canal+, France TV or YouTube and more than 700,000 films. And no more juggling from one service to another to find what you want to watch: the hundreds of thousands of films and series are organized and searchable by genre, whatever their origin. 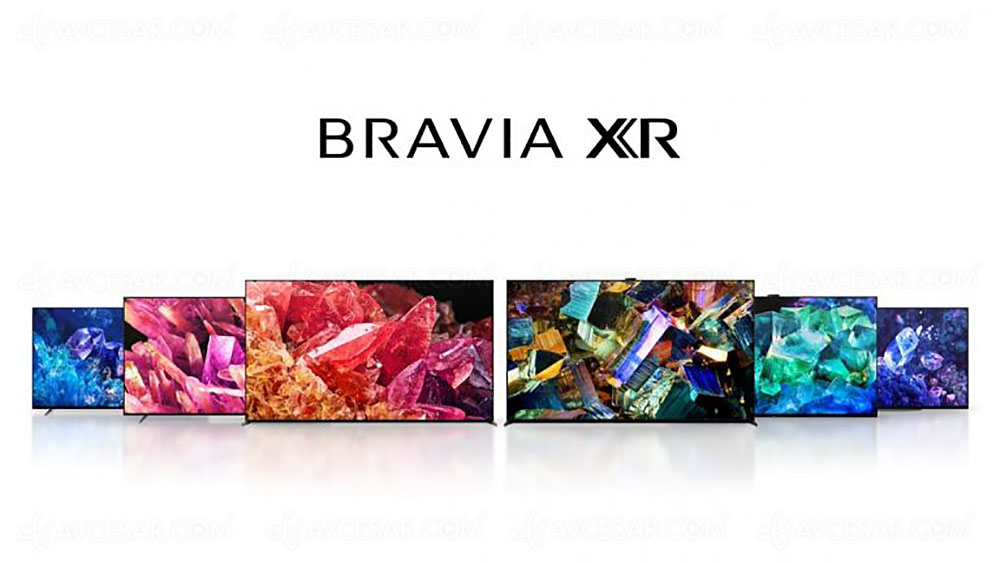 Precisely, the advanced XR Cognitive Processor is of course also used for the Smart TV functionality, for improved ergonomics via almost immediate fluidity and responsiveness. Finally, the Sony A75K TVs immediately integrate the Google Assistant function and a microphone on the remote control. It will then be possible to exchange vocally directly with the screen without using the remote control. Works with Alexa certification (need for an Amazon Echo type connected speaker) is also included, as well as for AirPlay 2 and HomeKit.

Google Duo is in the game (optional camera to be connected via USB) and of course, via the optional camera, gesture control is back. But the Bravia Cam function has many other features. In addition to gesture control, the camera triggers the display of an automatic reverse message and an audible alert if the person looks at the television too closely (very useful for children), allows energy savings by automatically lowering the brightness of the TV if the viewer leaves the room. Last precision, it is possible to completely turn off (via a switch) the camera and no private data is stored on it or the television.

Like all Sony Bravia XR televisions, the Sony A75K offers the exclusive Bravia Core (for Center of Real Entertainment) streaming platform. This one, mainly animated by Sony Pictures productions, offers for the purchase of a TV Bravia XR the possibility of watching for free for 24 months a selection of 10 films of the greatest films of the Hollywood studio and the largest collection of long - films bearing the Imax Enhanced label, to be chosen from a catalog which is regularly enriched. For example, in 2022, the latter should host feature films The Man From Toronto, Morbius, Uncharted, Where the Crawdads Sing, Lyle, Lyle, Crocodile, The Nightingale, I Wana Dance Somebody, Bullet Train, Kraven The Hunter… And this, with extreme quality, ie a speed of up to 80 Mbps for consumers with an adequate subscription. 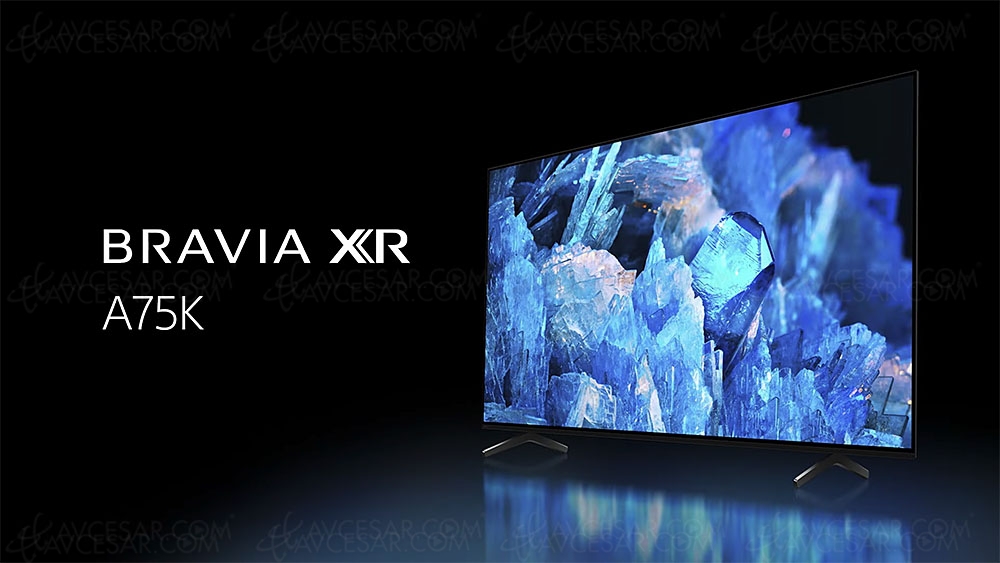