Another big announcement signed by Hisense a few hours before the opening of the CES show in Las Vegas 2022, the return of the rollable Laser TV already presented in 2020 with the Hisense 77R1 TriChroma. Two years after the project is completed and an indicative price in addition to a marketing date are required.

Since our presentation of the Hisense LX8 8K Laser TV, we know that the latter and the Hisense 77R1 TriChroma Rollable Laser TV are two distinct products and not one and the same reference as we imagined on December 31st (see our news CES 22> Hisense Ultra HD 8K Laser TV and Hisense U8H / U7H TV announced). 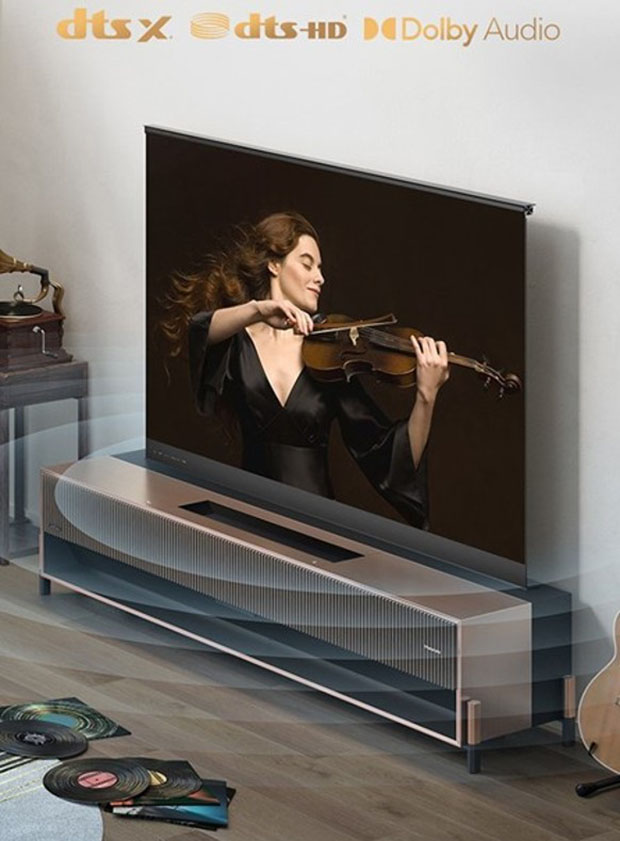 In terms of technical characteristics, we still know little about the Hisense 77R1 TriChropma except its diagonal, 77 '' or 196 cm (you don't have to be guessing once the product reference is known), its Ultra HD 4K definition , the presence of a triple RGB laser light source, and that of a sound system signed Harman Kardon. More details later. 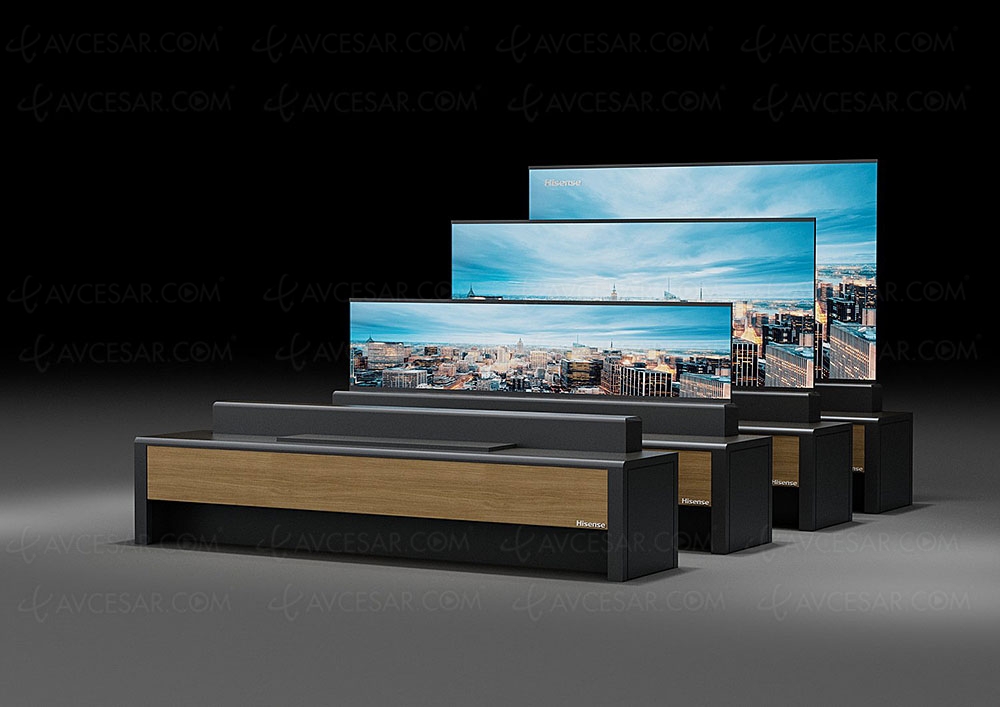