If the 2022 Samsung TV range is hosting an Oled QD Oled TV series, which has been smelling for several months, it still has many Neo QLED TV series based on a Quantum Mini LED backlighting system associated with Quantum Matrix technology. And these inaugurate many new features. Presentation.

The Quantum Mini LED backlighting system of Samsung 2022 Neo QLED televisions has more or less the same number of diodes as on the 2021 models.

These are still extremely small in size, around 40x (see photo below) compared to a conventional LED diode for a total number of zones significantly greater than on a Full LED Global Dimming system (beyond thousands of zones for the largest diagonals). 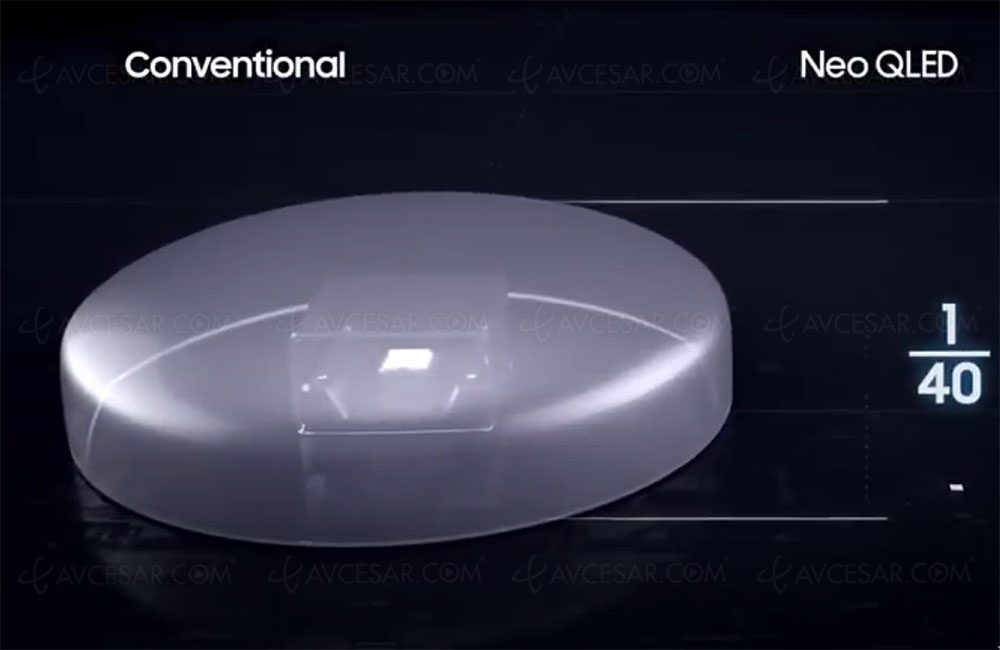 Another notable development, the Quantum Mini LED system is accompanied by a noticeable thinning of the screens. Indeed, traditional LEDs are surmounted by a lens, which also acts as a protection, to widely diffuse the light. With Quantum Mini LED technology, this lens has disappeared (the large number of diodes eliminates the need to widely diffuse the light from many fewer diodes), replaced by an ultra-thin film exclusive to the brand to guide the light there it is necessary. Likewise, the Mini LEDs are directly integrated into the LCD panel for a greatly reduced overall thickness. Namely, this system is to be compared to the OD0 technology (Optical Distance close to 0) developed by many Chinese LED specialists and which should quickly make its appearance in Chinese branded televisions, of course.

Zoom on the Quantum Matrix 2022

This is when the Quantum Matrix process, signed by Samsung, comes into play to better manage the light emitted by the Quantum Mini LED backlight, its intensity, its direction ... In 2022, it will perform an internal upsampling of the '14-bit gray scale (compared to 12 bits in 2021) in order to obtain a much more precise gradation of colors and a significantly wider displayed palette. It also allows in tone-on-tone images to reveal many additional details for richer textures and increased image readability. 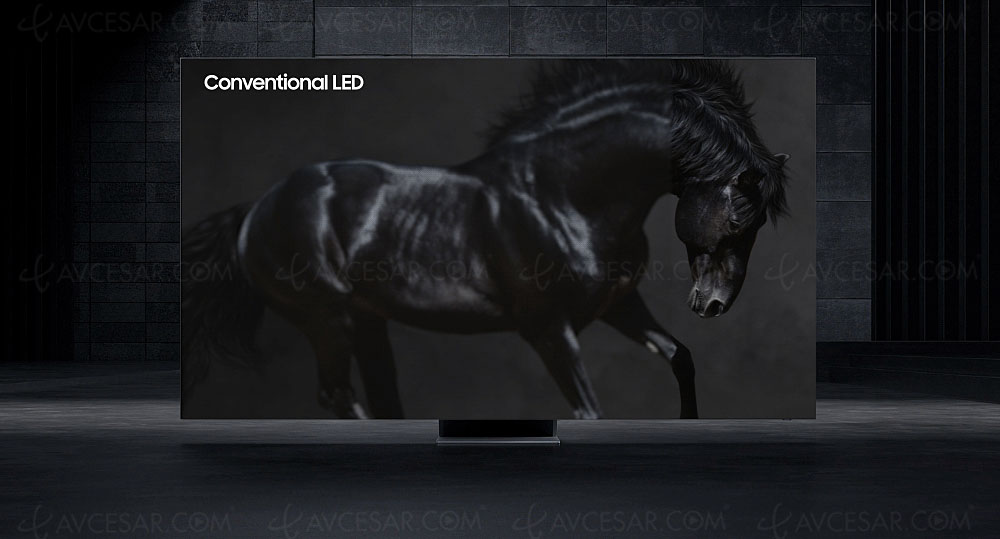 Similarly, it embeds the new Shape Adaptive Light function to display all the details of an image by perfectly modulating the brightness of each of the diodes. Thus all the shades of black of a suitable horse can be transcribed on the screen (see photo above). But the Shape Adaptive Light function also drastically reduces the Blooming phenomenon still present around luminous objects or white letters on a black background. On the Samsung 2022 Neo QLED (Mini LED) TVs, the Shape Adaptive Light algorithm is indeed able to manage particularly finely the amount of energy sent to the diodes in the backlighting areas adjacent to those displaying these shiny objects or letters in order to 'display a lower brightness for a perfect transition of their outline with the rest of the image. Of course, this ability to perfectly distribute energy to the targeted diodes also allows for a higher peak light for incredibly sparkling specular lights. 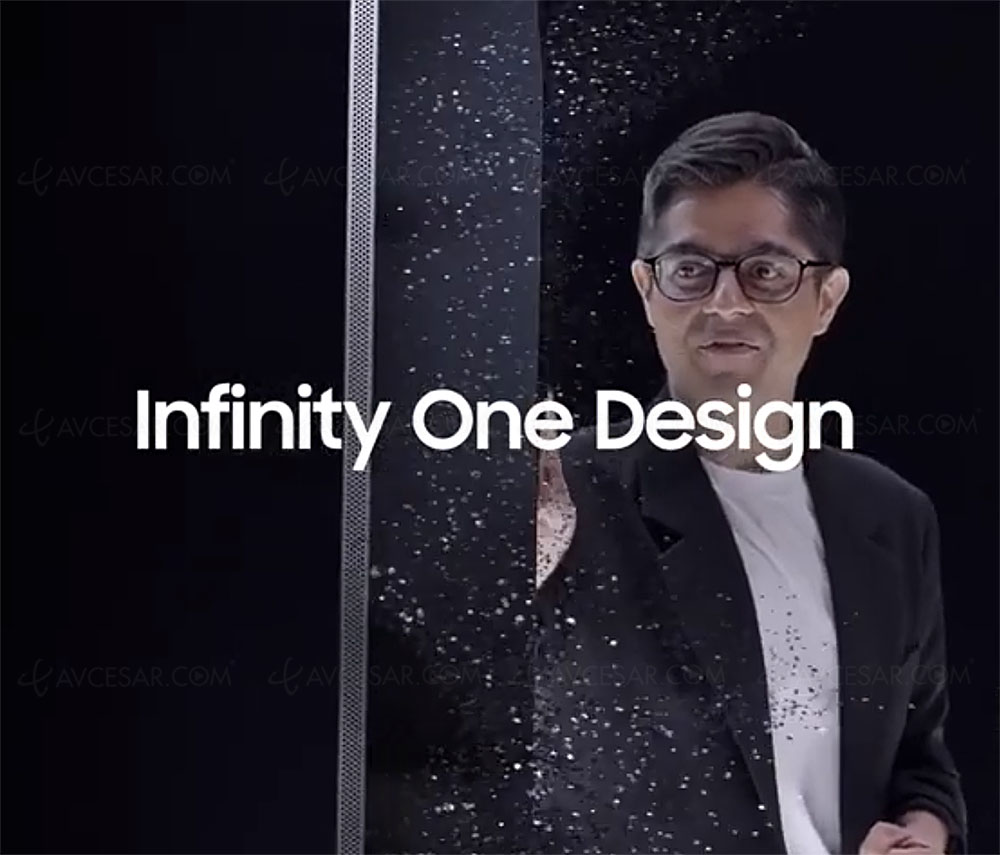 If the multiplication of diodes, of mini size, has a happy impact on the light peak compared to a conventional LED backlighting system, this also has extremely beneficial effects on the reduction of the thickness of the brand's 2022 TVs with adoption of Infinity One Design for many models. Judge for yourself, the 8K UHD TVs Samsung QN900B, Samsung QN800B, Samsung QN700B and UHD 4K Samsung QN95B are announced with a thickness of only 16.9 mm over the entire surface of the screen against 25 mm in 2021 (except the QN900A specimens which were 15 mm). For the manufacturer's other 2022 TV series, namely the BU7000 / 8000/9000, Q60B, Q70B, QN80B and QN90B25 mm, the thickness should always display 25 millimeters. 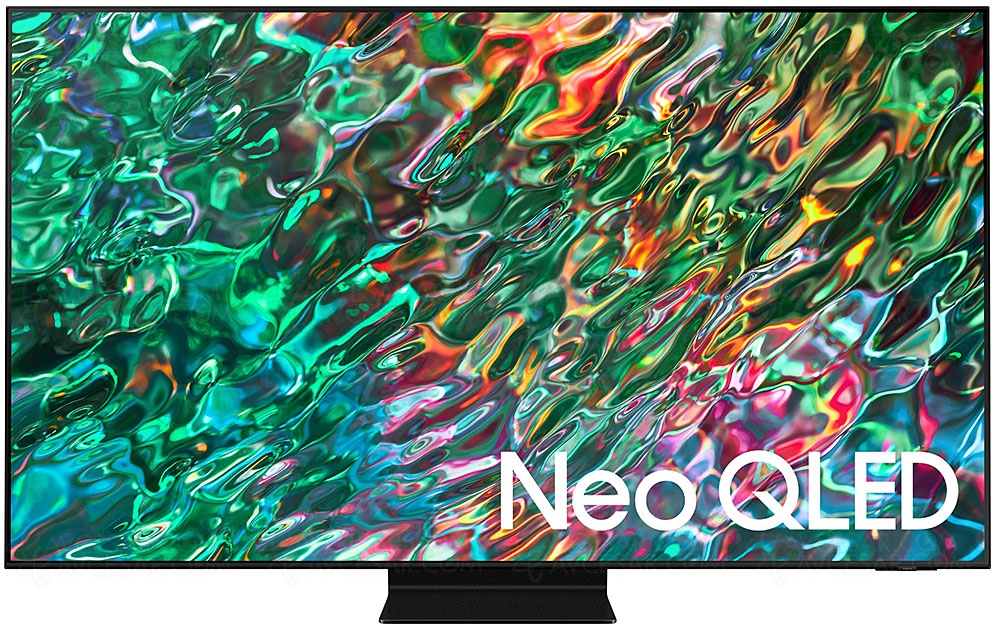