After unveiling the LG Art90 (or Objet TV), LG Electronics presented the Oled LG 27ART10 TV a few hours ago in South Korea, also with a marked design bias. Without a doubt, this model from the Korean manufacturer is intended to compete with Samsung The Sero models in the Lifestyle TV segment.

To summarize, with its rotating screen, the Oled LG 27ART10 TV also known under the name LG StandbyMe can be compared to the Samsung The Sero specimen that appeared last year in France. 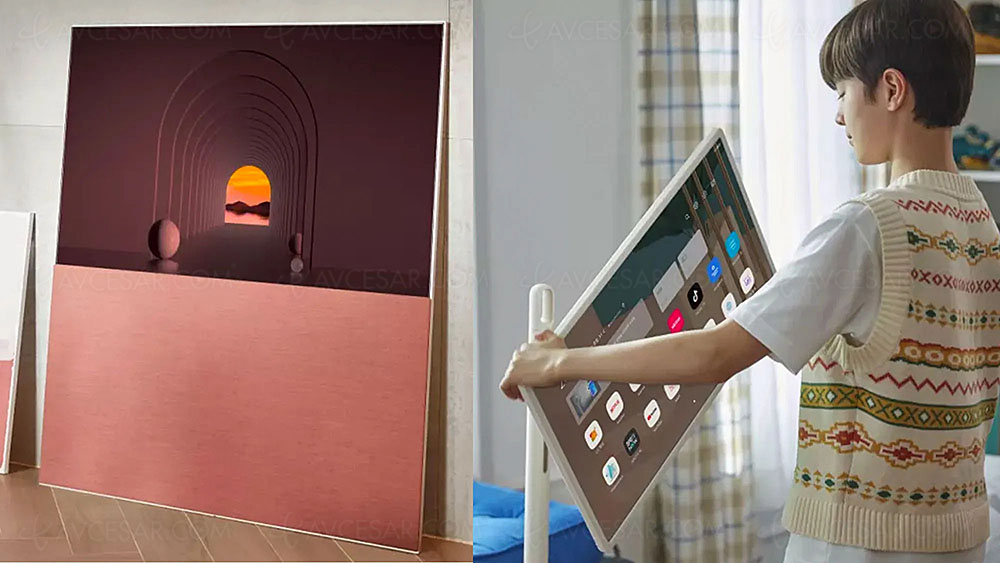 Indeed, the 27 '' (69 cm) screen of the rotating LG 27ART10 (or LG StandbyMe) can therefore adopt a Landscape or Portrait mode. Equipped with a battery capable of operating for three hours in TV mode, it can be paired with casters to follow you wirelessly around the corner of a house. 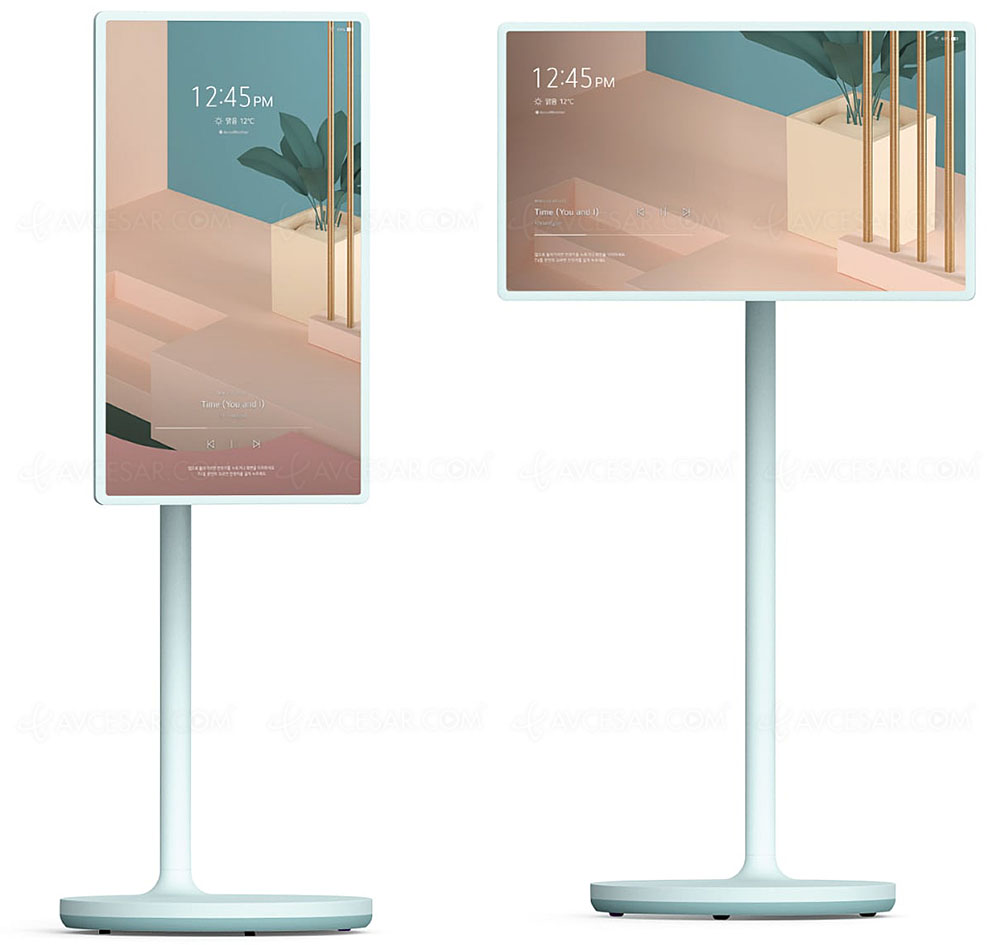 Finally, its touch screen of reduced size gives it other missions, for example to be used for comfortable video calls (the height of the screen is adjustable on its foot and a location for receiving the smartphone is provided top of the TV) or as a computer monitor. Its creator even indicates that the LG Art10 can serve as a giant e-reader. LG also announces that a remote control is provided and that the HDMI connectors (without further details for the moment) are in the game. Finally, the LG Art10 (or LG StandbyMe) can also be controlled by user gestures. 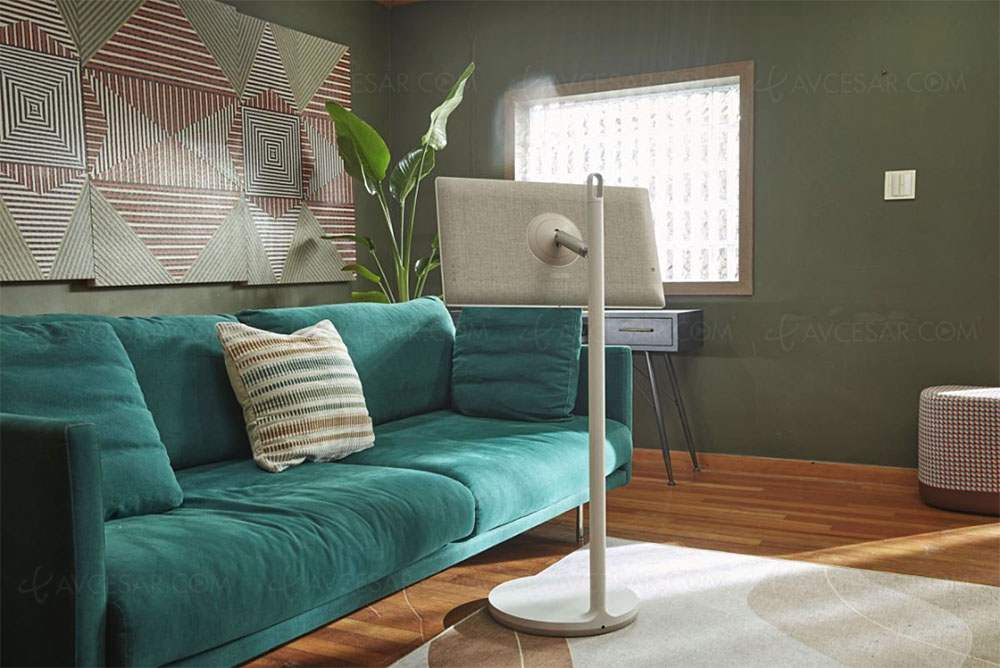 Marketed for the moment only in South Korea, no details have yet been provided on its availability in Europe. However, as for the LG OLED65R1 rollable TV (order by internet) either eventually proposed.

Unveiled a month before the CES show in Las Vegas 2022, the LG OLED27AR10 (or StandbyMe) should however be part of the LG Electronics communication for the next edition of the high mass of consumer electronics, in the form dematerialized only, the manufacturer having decided not to be present with a stand on the show. 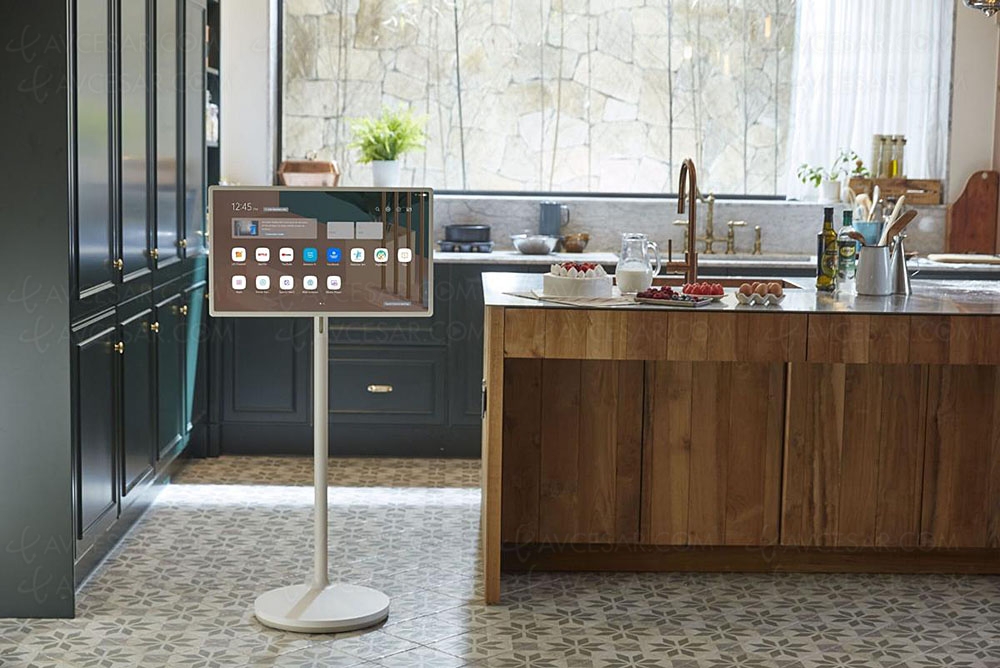