While Halo Infinite has just been released (finally!), Here's an impressive Ultra HD 8K facelift from the very first episode released 20 years ago.

After GTA V modified in 8K, the YouTube channel Digital Dreams continues to dig into old titles with this time an Ultra HD 8K version and Ray Tracing treatment of the game Halo Combat Evolved.

Released in 2001 on Xbox then in 2003 on PC and Mac, it is the very first episode of a flagship saga of Xbox consoles, of which the very last opus -Halo Infinite- was released not long ago. of time. This UHD 8K edition runs on a PC with generous features: Asus Prime x470-Pro motherboard, Ryzen 9 3900x 4.5 Ghz processor on each core, 32 GB of Corsair Vengeance Ram memory, and of course the latest Asus TUF RTX graphics card 3090. All supported by several Mods (mod programs), one of which is ReShade Beyond all Limits.

A rendering application, ReShade is used to simulate Ray Tracing, a 3D rendering technique that traces the path of light and simulates its effects when it comes into contact with objects in a scene, offering a result and a startling realism. We let you enjoy it. 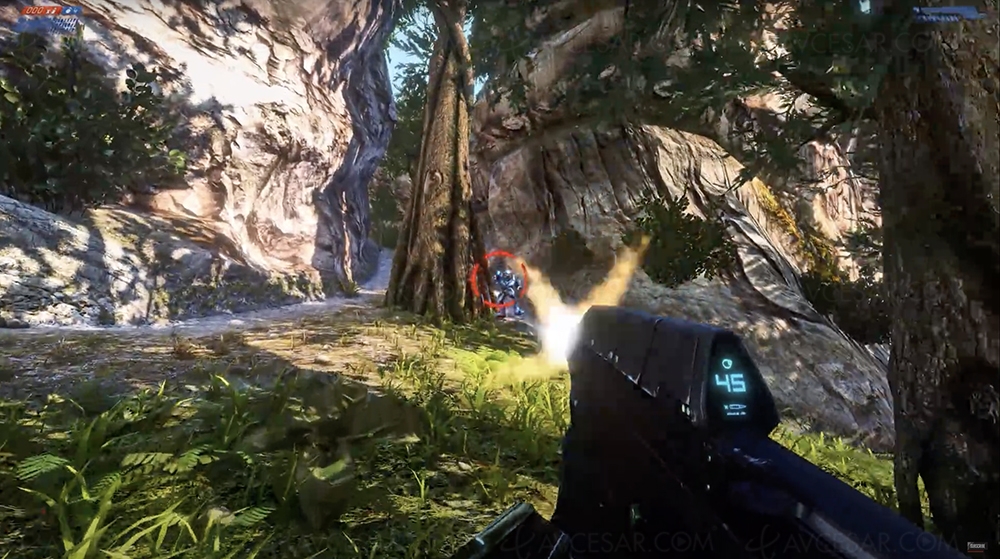