What are the most popular video streaming platforms in our beautiful country?

On the occasion of the latest Statista Global Consumer Survey, more than 1,000 French people between the ages of 18 and 64 were questioned between January and September 2021 about their online video consumption habits.

Netflix in front of Amazon Prime Video and Disney +

Results ? Over the past 12 months, 80% of respondents who have spent money on online video content say they have paid to use Netflix. Amazon Prime Video is in second position with 56%, followed by Disney + with 39%. Let us underline in passing the performance of the latter, who came in third place less than two years after his landing in France in April 2020. The following in the ranking are YouTube Premium, OCS, Canal VOD and Apple TV +.

Note that if the cumulative percentages exceed 100%, it means that many consumers are paying for two or more services. 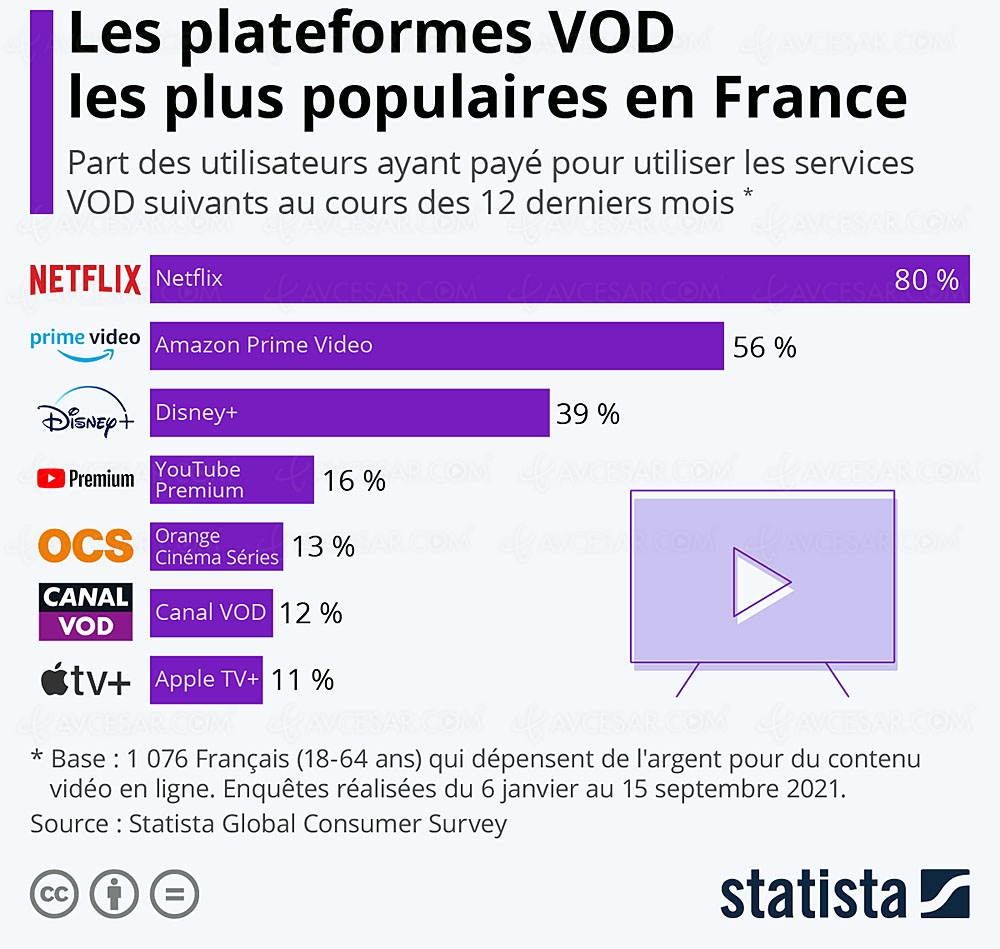