SVS Smyth Realize A16 SE, 24 virtual channels via 2 speakers for a brilliant result

Once again, we are talking about SVS Smyth Realiser hardware, this time to highlight the A16 SE (Speaker Edition). In short, this last variation transposes all the qualities of the A16 available to headphones, through a simple pair of speakers. Or how to enjoy a 9.1.6 Home Cinema (therefore 16 channels, and soon 24 channels with a Dolby Atmos 15.1.8 configuration for example) comfortably seated in your sofa, without having to wear headphones. And, as always, the result is amazing.

If you follow AVCesar.com news and test beds, you already know the SVS Smyth Realiser A8 (click to discover the AVCesar.com test and learn all about the great possibilities of the product) and Realiser A16 , presented and / or tested in our columns. 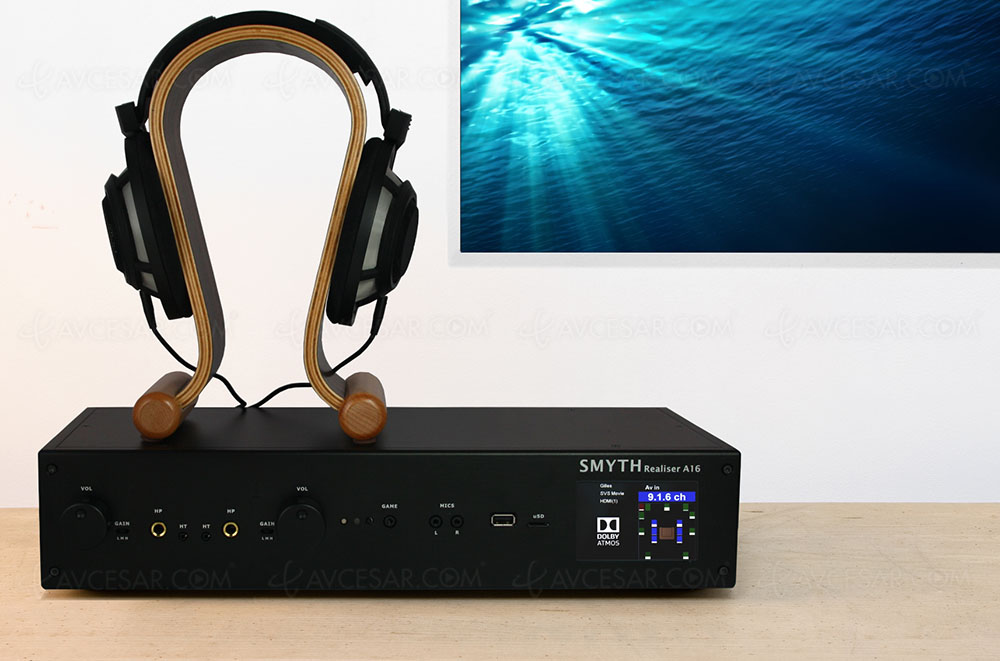 The concept of SVS Smyth Realize

As a reminder, the Smyth Realiser A8 first of the name appeared in 2010 was an already completely brilliant system capable of reproducing all audio shows (Dolby Atmos and DTS: X included of course) through headphones, without speakers, as if you were there, with 8 channels maximum (ideal for a 7.1 or 5.1.2 configuration). He was also able, when watching a film on the screen, to follow the movements of the head of the wearer of the helmet to "register" in real time the sound to the right place in the sound space around his head.

It finally offered the possibility of recording the sound signature of the largest cinemas, concert halls or even Home Cinema in terms of space, equipment and acoustic treatment (possibility of storing 64 sound imprints), to then benefit from it identically in his sofa and his living room through a simple stereo headset. The listener experiences exactly the same auditory sensations. “You have the impression of being surrounded by real speakers and hearing them directly, as if the headphones did not exist,” says Dr. Mike Smyth, the designer of the SVS process, to whom we already owe with his brother Dr. Stephen Smyth the Coherent Acoustic patent operated by the DTS Company.

The SVS Smyth Realiser A16 marketed in 2016, usable in tandem with two headphones, offers significantly increased performance with the reproduction of a configuration of up to 24 speakers virtually distributed around the listener. The Realiser A16 can therefore handle Dolby Atmos (up to 15.1.8) and DTS: X soundtracks via four HDMI 2.0 inputs. Connected to a television, its eARC function allows you to recover Dolby Atmos soundtracks from streaming services.

Namely, an update is announced, later in the year, for DTS: X Pro decoding (see our news DTS: X Pro, new multi-channel home theater sound format) with the possibility of operate 16 channels in a two-user simultaneous configuration or 24 channels in a single-user configuration. As a reminder, DTS: X decoding (also available also via update) is limited in 7.1.4 or 9.1.2. Likewise, another update is planned for the addition of Auro 3D.

What about SVS Smyth Realize SE?

The Smyth Realiser A16 SE, which made its first consumer release at the Paris Audio Video Show which was held this weekend in Paris, of course includes all the specifications of the A16. But above all, it incorporates a sound treatment signed by the French company AudioXD which, to put it simply, aims to offer exactly the virtual sound possibilities of the A16 via a pair of passive speakers and no longer a headset. As mentioned at the start of this news, AudioXD processing currently offers virtualization up to 9.1.6, or 16 channels. But the French developers that we met last weekend at the Paris trade fair are already working on supporting the 24 channels of the A16 and are sure to quickly offer a Firmware update until 15.1.8. (or any other configuration limited to 24 channels, for example 17.1.6), normally at the end of December. 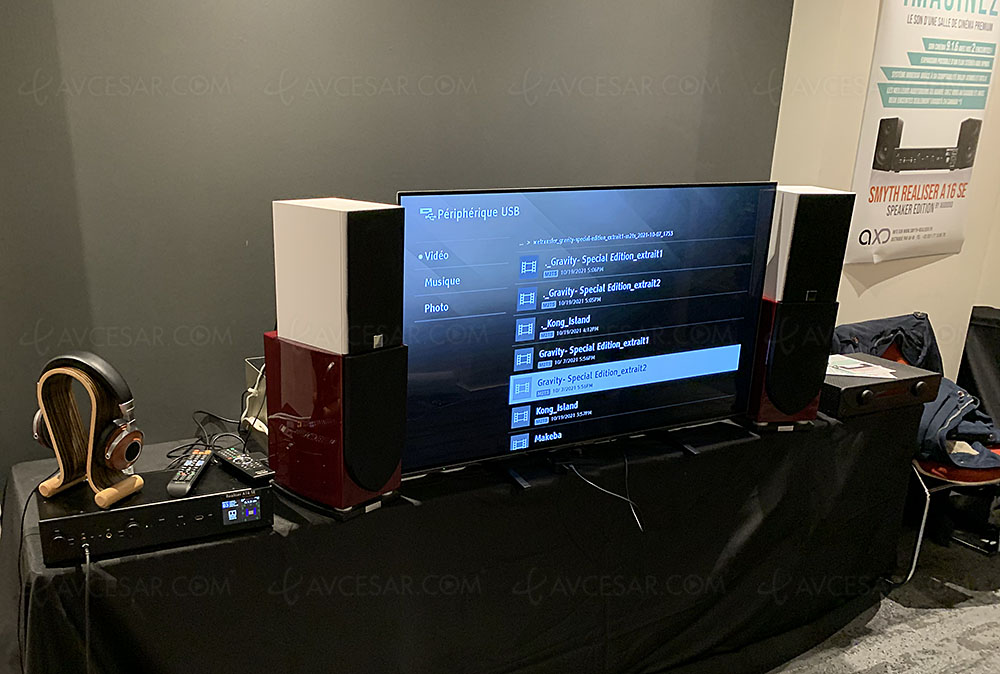 The other (awesome) features of AudioXD

Namely, the AudioXD process also offers an Upmix Home Cinema 7.0 of any 2.0 track (DVD, Blu-Ray…). And to take advantage of virtualization, it is of course a matter of being positioned between the two front speakers. AudioXD also provides three basic preset settings (which correspond to the vast majority of configurations) according to the spacing of the speakers from the listening position: 20 °, 45 ° or 60 degrees. Finally, AudioXD also provides two audio profiles optimized for Hi-Fi listening, exclusively with headphones this time. 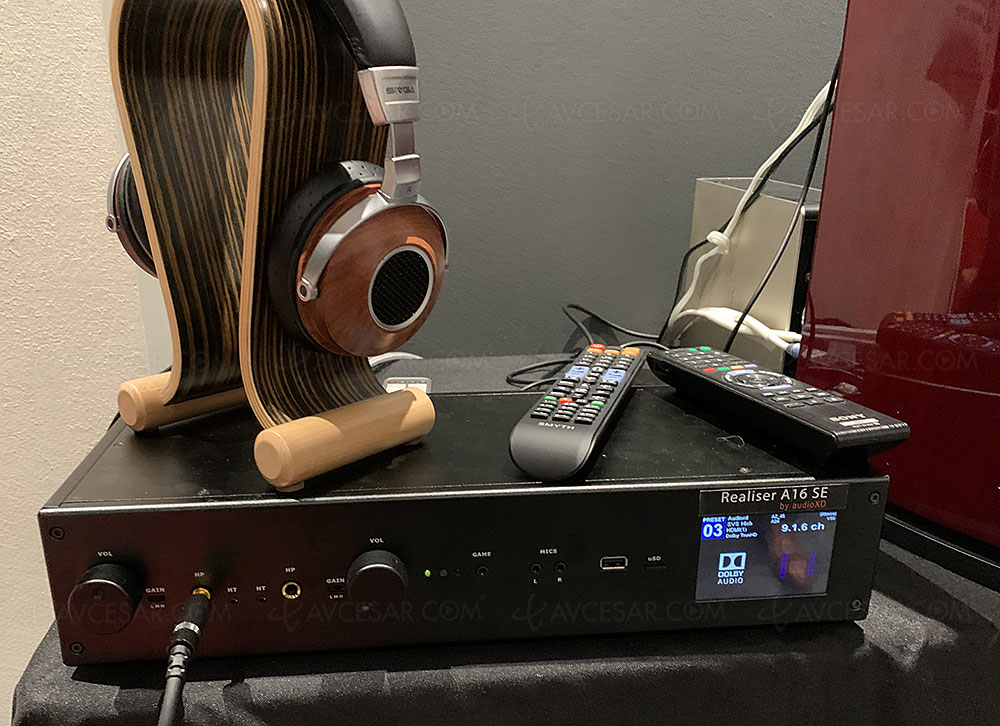 We must keep in mind an essential point related to the AudioXD system, its effectiveness is totally independent of the configuration of the room. Diamond room, L-shaped living room, cathedral living room, space with very large volume, at a point… whatever! The architecture of the room does not affect the AudioXD rendering. 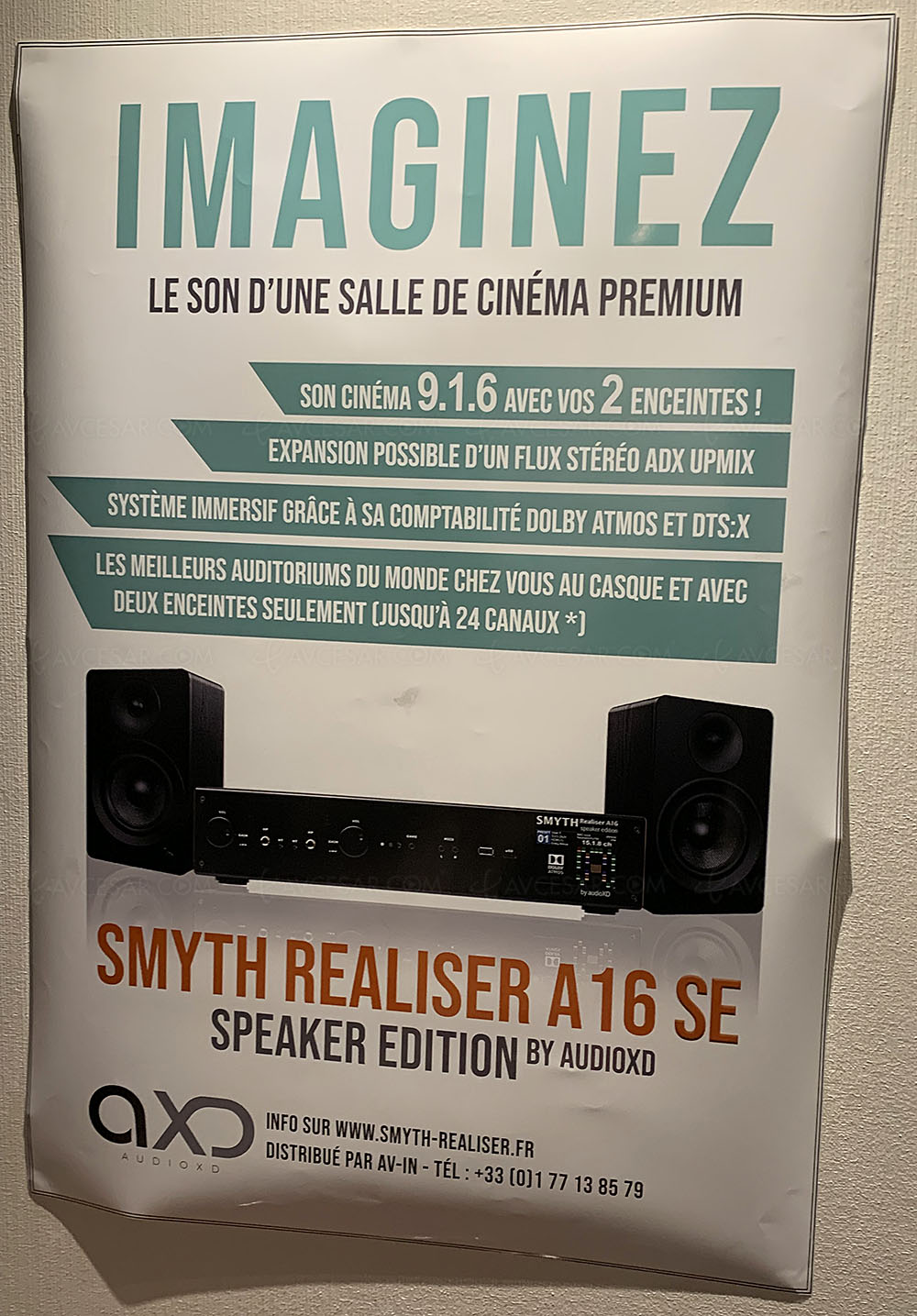 How to take advantage of the AudioXD function?

To take advantage of this, two possibilities exist. Either you are already the owner of an SVS Smyth Realiser A16 and it is enough, against hard cash plus a return workshop, to acquire the AudioXD function (until 9.1.8, or 16 channels for the moment we repeat it, and free update 24 channels to come) to upgrade it to the A16 SE version. Either you buy directly an SVS Smyth Realiser A16 SE, so a model already equipped with the AudioXD function.

• Availability of the SVS Smyth Realiser A16 SE (click to access the online store of the French distributor) announced for the month of November. Indicative price: 7,290 euros.

• Availability of the A16 SE update for owners of an SVS Smyth Realiser A16 (click to access the online store of the French distributor) announced for the end of the month of November. Indicative price: 3,490 euros. 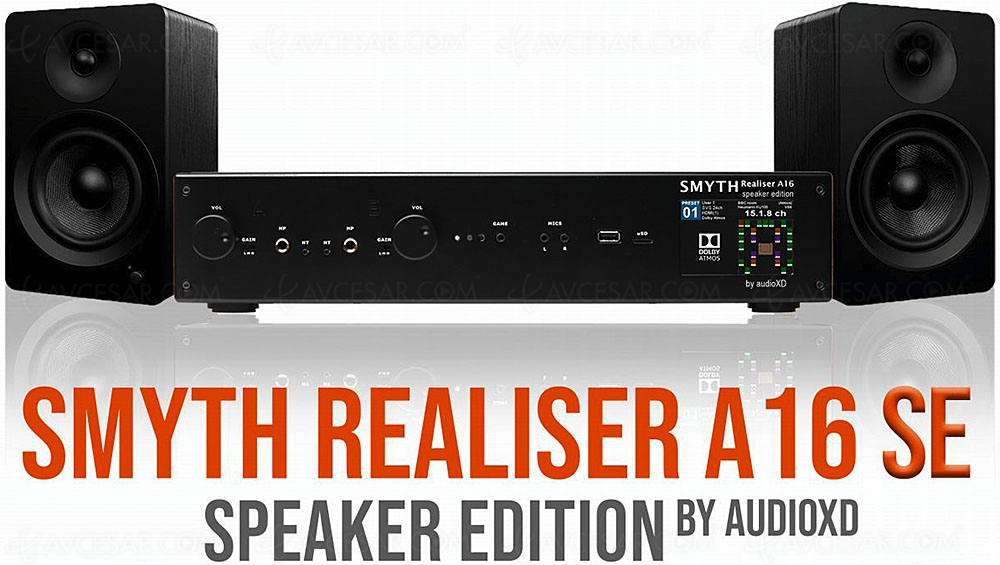