After Poland, Netflix is testing its video game offering in other European countries, with more titles.

The availability of video games on Netflix started sluggishly in Poland and very recently gained in Spain and Italy.

Going through the Google Play Store

More titles are available - Shooting Hoops, Card Blast, Teeter Up, Stranger Things: 1984, and Stranger Things 3- and for now this service is only for Android devices. Once the game has been chosen on the Netflix interface, the user is taken to the Google Play Store where they can install it for free.

The game can be launched from Netflix, but the experience is not the same as watching a movie or series on the streaming platform, since the player is sent to the app of the game and therefore exits the Netflix interface. The experiment is still in its infancy, explains Netflix, which should streamline the ergonomics as the tests spread. 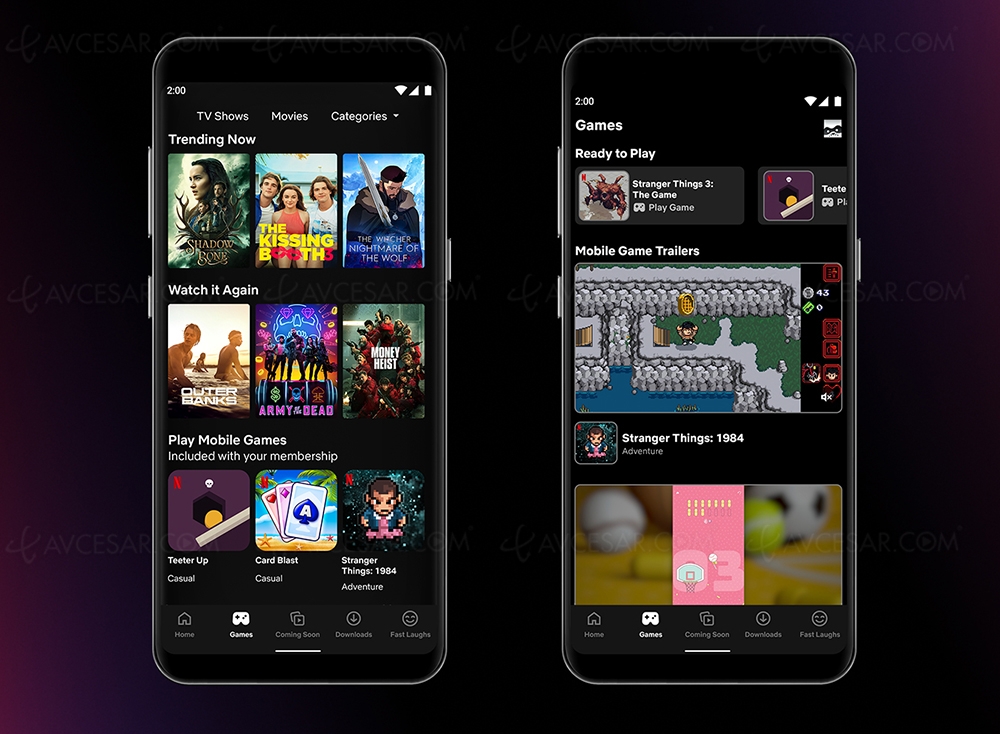