After Blade Runner 2049, Denis Villeneuve tackles another side of the Annapurna of SF cinema, the adaptation of Frank Herbert's eponymous novel: Dune.

It all began in the year 10191 AD. Dynasties covet the Spice, a source of energy of unparalleled power that can only be found on a totally desert and particularly hostile planet. Among the protagonists, the young Paul Atréides, played by Timothée Chalamet, will realize that he will have a crucial role to play.

A scary and intense dive

Before the Quebec filmmaker, many tried to adapt Dune to the cinema like Arthur P. Jacobs, Alejandro Jodorowsky or Ridley Scott. In 1984, David Lynch succeeded in getting his project financed, but his feature film was an artistic and financial disaster. A bitter failure that the director of Twin Peaks does not want to talk about any more.

It is true that the novel has dragged a reputation for years as an unsuitable narrative for the cinema. Yet, four years of work and a $ 165 million budget later, it only takes seconds of Villeneuve's film to be convinced already that something of the order of a cinematic miracle is happening. At the same time poetic and frightening, intense and majestic, the plunge into the universe of Dune, punctuated by the powerful score of a Hans Zimmer of the great days, is striking.

A sort of adult version of The War stars spiced up with a hint of Game of Thrones (there are many bridges between the film and the series). A mysterious power, an elected official, earthy and irritating characters, an invisible emperor, families that tear each other apart, endless ships that explode, political issues and a mythology that takes shape ... Not to mention the monsters, including the famous giant worms that , in a first anthology scene, appear titanic. 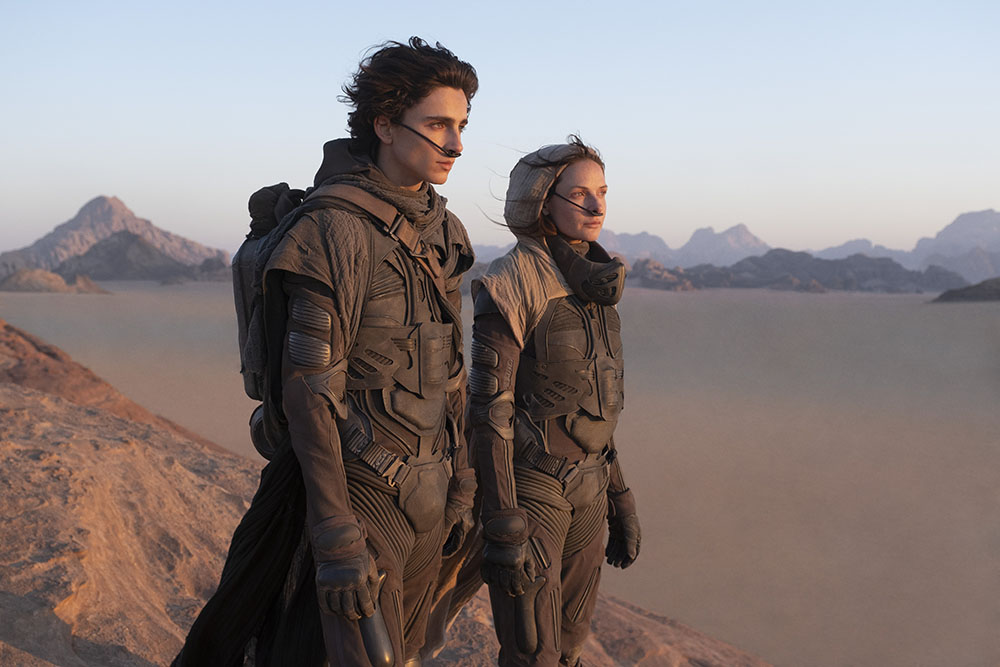 Background and great spectacle become one

A word on the actors, all extraordinary, from Timothée Chalamet to Jason Momoa via Oscar Isaac, Rebecca Ferguson, Stellan Skarsgard, Zendaya, Josh Brolin and the incredible Charlotte Rampling. The sequence of confrontation between the actress and Chalamey is strikingly simple in its form and yet of rare power. Rampling is imperial, Chalamet stunning. An excerpt to show in all acting schools.

If the director is visibly pleased by taking the time (sometimes too much) to film this universe which he masters to perfection with an incredible sense of setting and shots of astonishing beauty, he does not never forget to share this pleasure by filming epic action sequences where the digital and mechanical special effects are just perfect. Obviously, Villeneuve imprints his own themes on Frank Herbert's vision: ecology, filiation, territorial war… or when background and great spectacle become one. 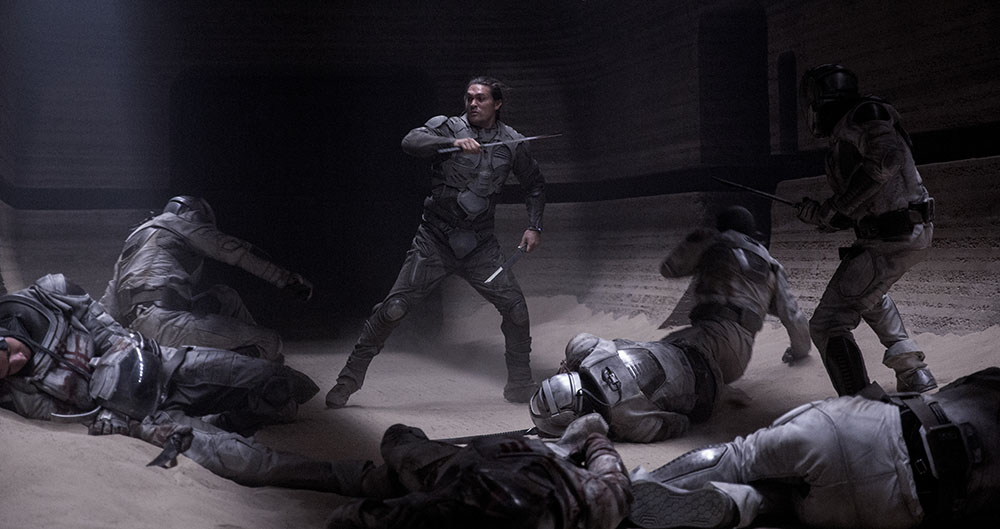 The machine for making great SF cinema is running at full speed without any grain of sand ever stopping it, or almost. We note here and there a few lengths, characters sometimes a little too frozen and a final below the rest. But in comparison with the spectacular cinematographic offer to which the director invites us, we can say that with Dune, Villeneuve succeeds in his bet and fulfills his impossible mission by adapting the cult work of Herbert.

Let's finally give back to César what belongs to César, our article title "Spicy Opera" is borrowed from the title of the eponymous album by Stéphane Picq and Philippe Ulrich, composed for the release of the video game Dune in 1992 edited by Cryo. 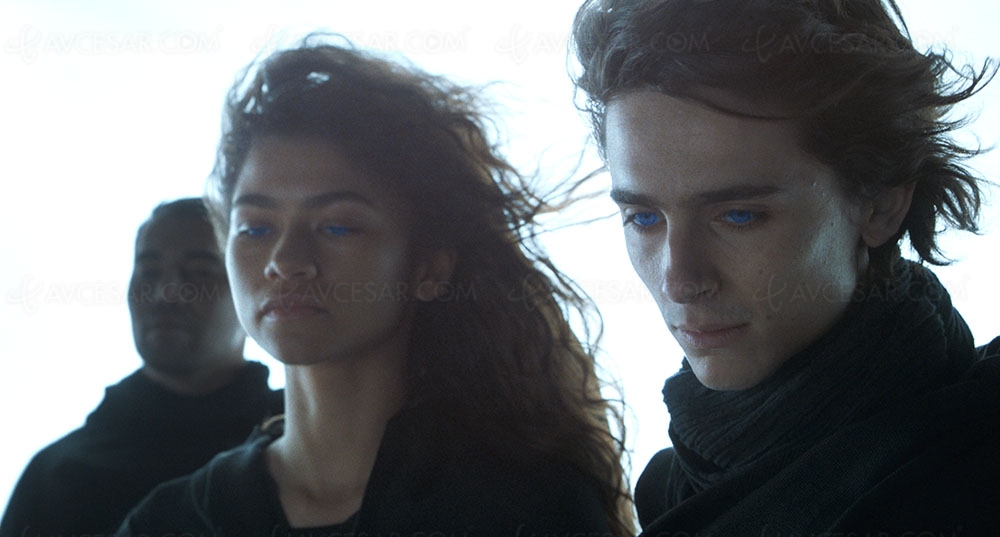