Seen in a private room at the IFA Berlin 2022 show last September, at the research & development stage, the Smart Edge Blending function associated with the Samsung The Freestyle video projector was officially presented at the CES show in Las Vegas 2023. To display at itself a genuine Cinemascope image.

Samsung The Freestyle and Smart Edge Blending, 21/9 picture or Cinemascope at home

The principle is simple, you buy two Samsung The Freestyle video projectors and, once the Firmware update announced for 2023 offering the Smart Edge Blending function available, all you have to do is combine the images projected by each of The Freestyle to obtain a ratio 21/9 display, or in Cinemascope format. All without alignment or prior adjustments, everything is managed by the video projectors. The only constraint concerns their placement, there is no question, for example, that one is located above the other... 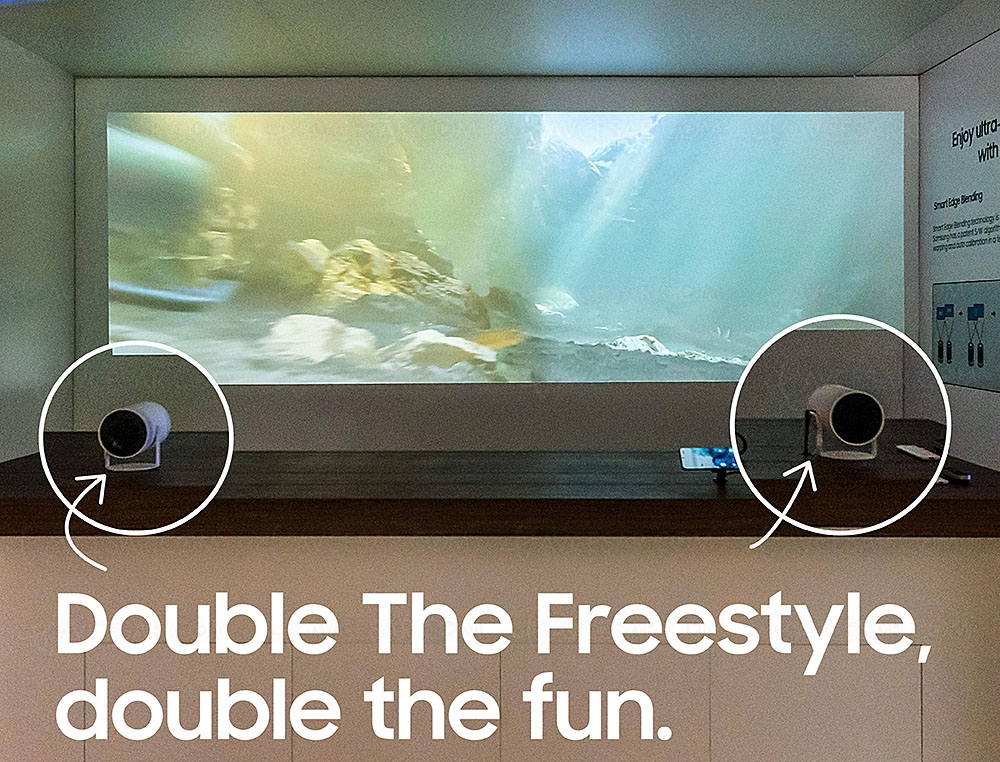