Despite the variety of channels available to watch football matches, television remains in the lead for following the World Cup in Qatar.

Between social media, streaming, TV, bars and other public screens, there is more than one way to enjoy the FIFA World Cup 2022 in Qatar. Broadcast regulator Ofcom recently polled more than 2,000 people in the UK about how they would watch matches in the competition.

The popular TV without all age groups

First, know that 46% of respondents said they were not going to follow the tournament at all, and that 8% did not yet know if they were going to. As for the rest, more or less football fans, almost half say they will watch the matches only on TV. Age is important in the choice of media, since 49% of 18-24 year olds choose TV, while 89% of those over 55 years old.

Portable devices and social networks in vogue among young people

For the laptop and the tablet, they are 29% among young people and 14% among the less young, and as for the smartphone, here again age plays a role since 34% of young people will follow the matches on the small screen , against only 10% among the oldest. Finally, when it comes to keeping up to date with the progress of the clashes via social networks, 28% of 18-24 year olds will do so, compared to 14% of those over 55. 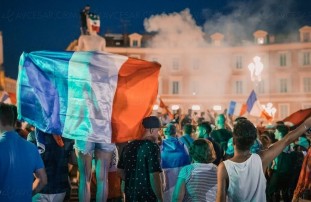