Rediscover the mobilizing theme of the Avengers played by an orchestra of electric devices with bulging eyes.

The YouTube channel Device Orchestra specializes in covering musical pieces played by electrical devices modified so that their vibrations emit different notes. Thus, this version of the Avengers theme is played by an orchestra of twelve utensils: four toothbrushes, three credit card machines, two typewriters, a toaster, an iron and a telephone.

And to the sound is added the image since the orchestra is staged and filmed from several angles for a result that we let you discover below. Special mention for Thor's hammer, which is also part of the cast, also equipped with bulging eyes like the other members of the orchestra. 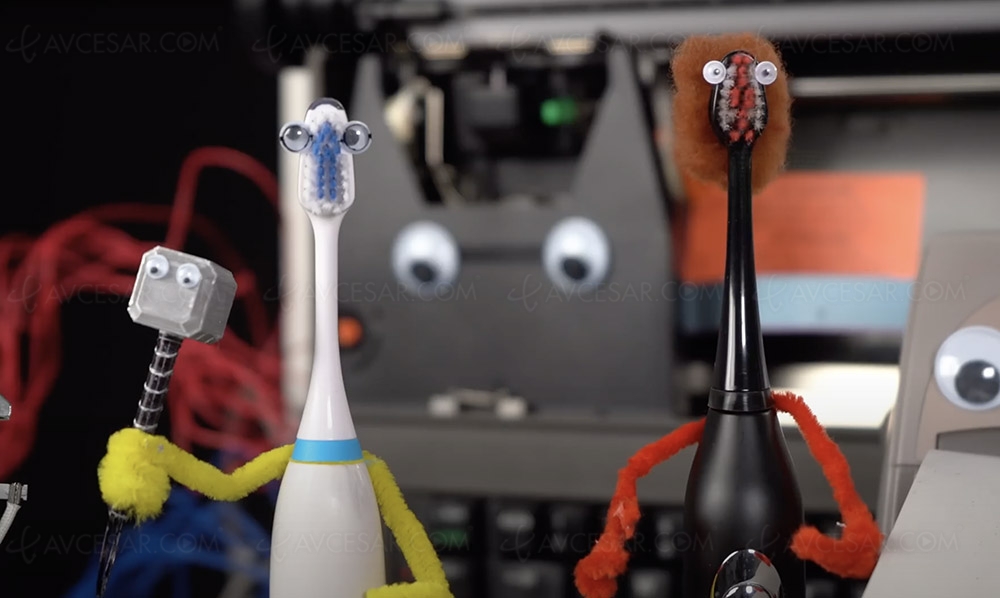