Being studied in the Philips laboratory in Ghent (Ghent) in Belgium for a while, the brand is still studying the possibility of marketing televisions based on QD Oled technology signed by Samsung Display. Danny Tack, head of TV product strategy and planning, confirmed this to our colleague Vincent Teoh from the HDTVTest site.

It's no secret that Philips was one of the first big names in the TV market to take an interest in QD Oled technology (see our news QD Oled Samsung Display TV panels also under study at Philips published at back to school 2020). QD Oled TV prototypes studied by Philips The goal for Philips is to integrate a QD Oled TV series into its range, in addition to those already present in the brand's catalog for a few years and based on White Oled panels (OLED707, OLED807/857, OLED907, OLED937 for the vintage 2022). It is still necessary that the QD Oled process meets all the expectations of Philips engineers. And this is exactly what the Philips TV laboratory located in Ghent, Belgium, is striving to confirm through several prototypes, still at the time of writing, as its boss Dany Tack explained in an interview with our colleague from HDTVTest, Vincent Teoh (see below). A word from Dany Tack, head of Philips TV product strategy and planning Dany Tack said: “We are also analyzing Samsung's QD Oled panels, we have prototypes in-house in Ghent, in our innovation centre. And we compare the performance of White Oled and QD Oled panels to identify their strengths and weaknesses and decide whether to release one or/and the other in the near future.” Philips QD Oled TV Ambilight? If Philips took the decision to take the plunge and market in 2023 (or 2024) a TV series structured from QD Oled TV panels signed Samsung Display, this would be an opportunity to have televisions that are absolutely unique on the market because they are equipped with the brilliant Ambilight process in its new version that appeared in 2022. This now manages the color diodes placed at the back of the TV, around the edge of the panel, independently and no longer by groups of diodes for a significantly more precise synchronization with the images displayed on the screen. 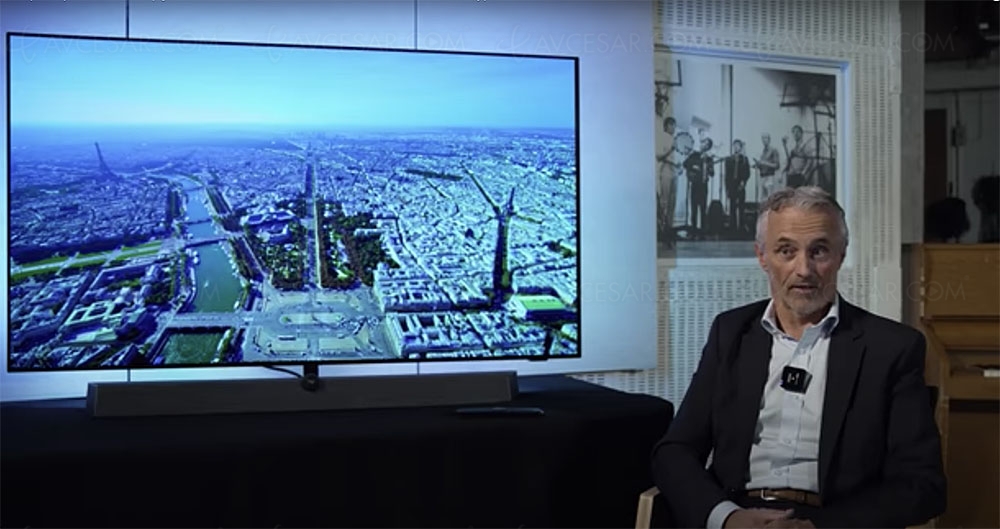