Under the blue skies of Hawaii, 4K Ultra HD for the King

In military uniform or in a bathing suit, Elvis Presley does his bogoss in Under the blue skies of Hawaii. Probably not the 4K Ultra HD of the year, but fans will appreciate it.

After a period when he only worked for the Dean Martin/Jerry Lewis duo, Norman Taurog became Elvis Presley's official director for naive and singing comedies (GI Blues and others).

The sun in the middle of winter

Under the Blue Sky of Hawaii (1961) is also known for its colors of unparalleled vitality but which, in the past, also engendered salmon faces at will. Let's hope that the 4K Ultra HD Blu-Ray edition announced at Paramount on December 7 will do justice to the King. Perfect in any case to put a little sun - and Hawaiian shirts - in the middle of winter. 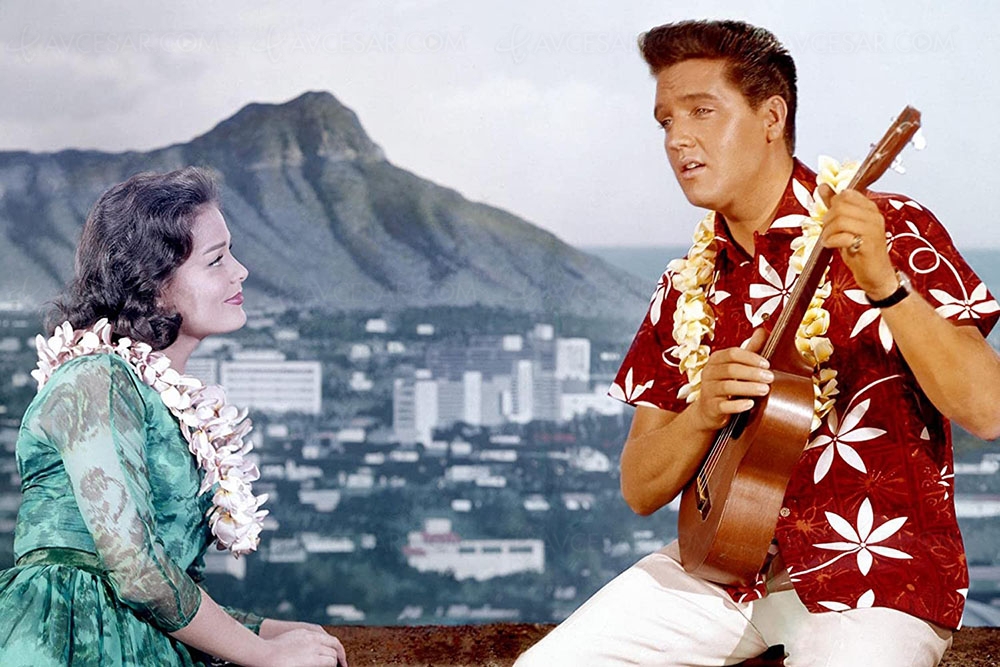