France in the Top 3 of the fastest countries for internet

We offer you a ranking of the world's countries according to the speed of their broadband achieved by a British site. Note, a beautiful bronze medal for France.

After the 2020 version released last year, cable.co.uk has recently updated its Worldwide Broadband Speed League 2021/2022 document, which is a list of the average speeds of broadband internet connections in all countries of the world. Data collected between July 2021 and June 2022.

We thus learn that Taiwan is at the top of the ranking, with an average speed of 136 Mbps, followed by Japan with 122.33 Mbps. And be careful, chauvinistic torso bombardment is a must since France is in third position with an average speed of 120 Mbps. Note, however, that these results exclude “small” countries with less than one million inhabitants. If they were counted, then Macau would take the top position with a nice speed of 263 Mbps, followed by the island of Jersey with 257 Mbps. Source: Statista 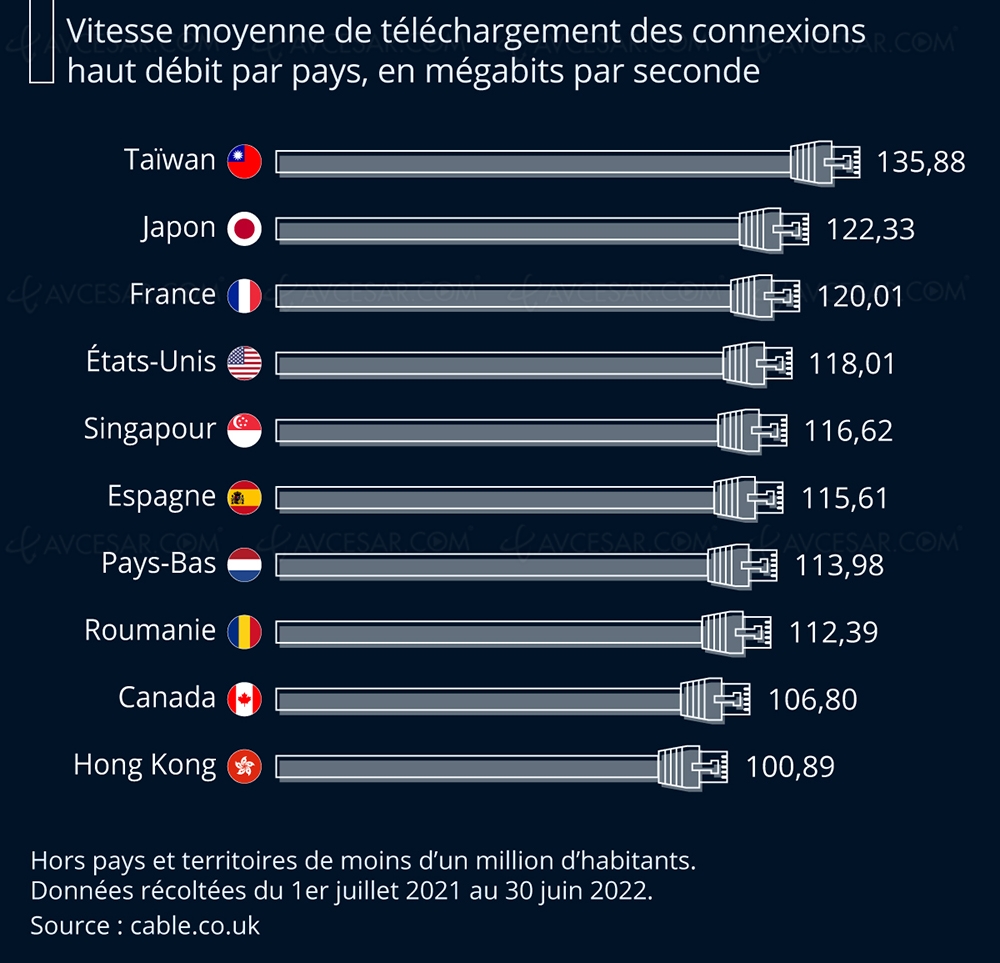