IFA 22 > Spirit The Sero, are you there? Rotating stand and wall mounts for Samsung TV

The Korean manufacturer has decided to offer one of the flagship features of its The Sero television, namely the possibility of rotating the screen from the Landscape position (16/9) to the Portrait position (9/16), to on demand (see our horizontal/vertical rotating Samsung The Sero QLED TV news, availability update). 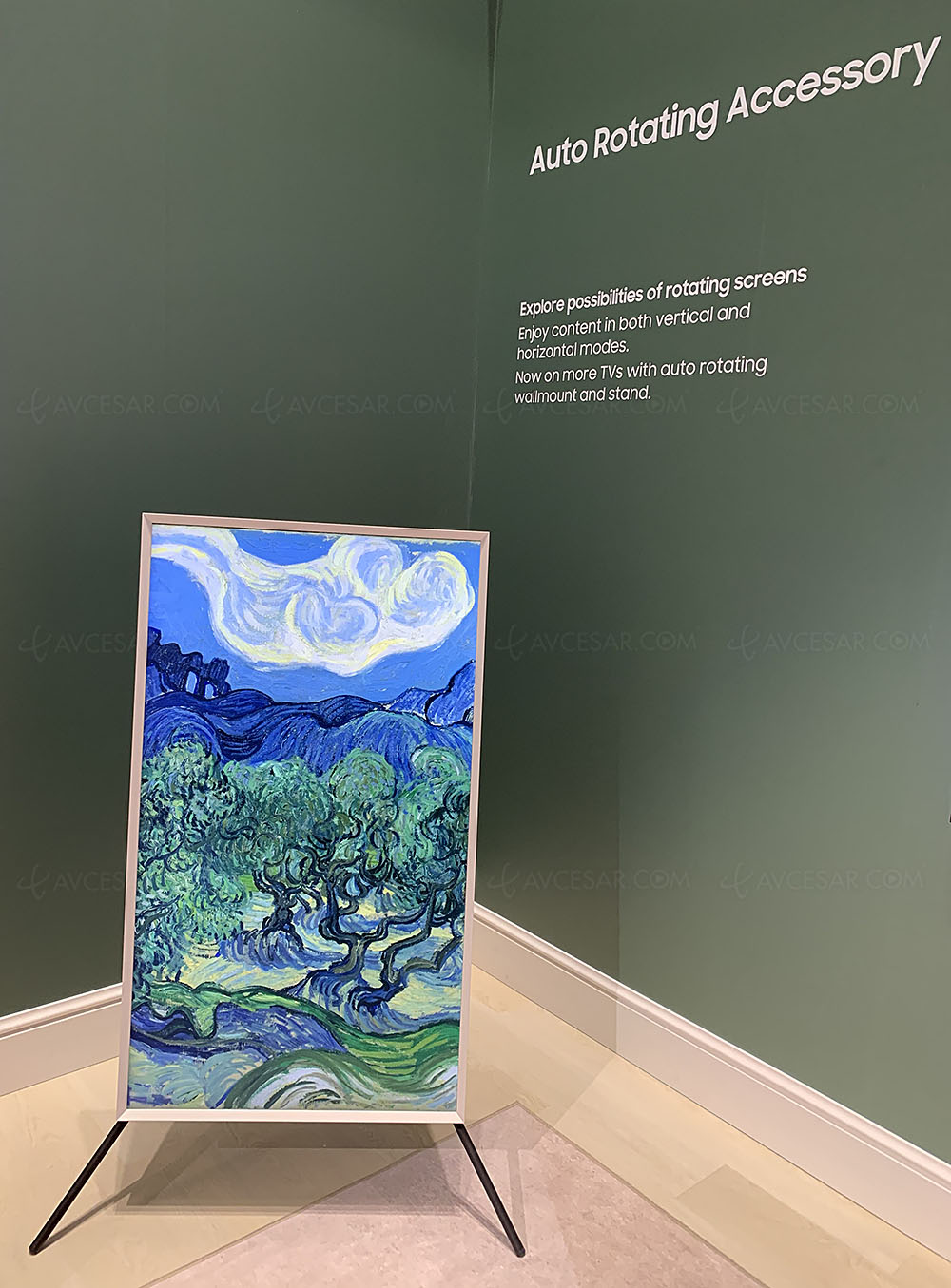 In this way, it is possible to make the most of multimedia content, in particular from social networks, by rotating your TV from the horizontal position to the vertical position. And if support for televisions is limited to 55'' diagonals, it's because from 65'', the TV would touch the ground with the Studio stand and would require too high a hook with the wall fixings. Indeed, the lower end of the TV in Landscape mode is much lower than that of the TV in Landscape mode (see photo above).

It turns your head…

The passage from the horizontal position to the vertical position is very simple, entirely managed via a button on the remote control supplied with the accessories. 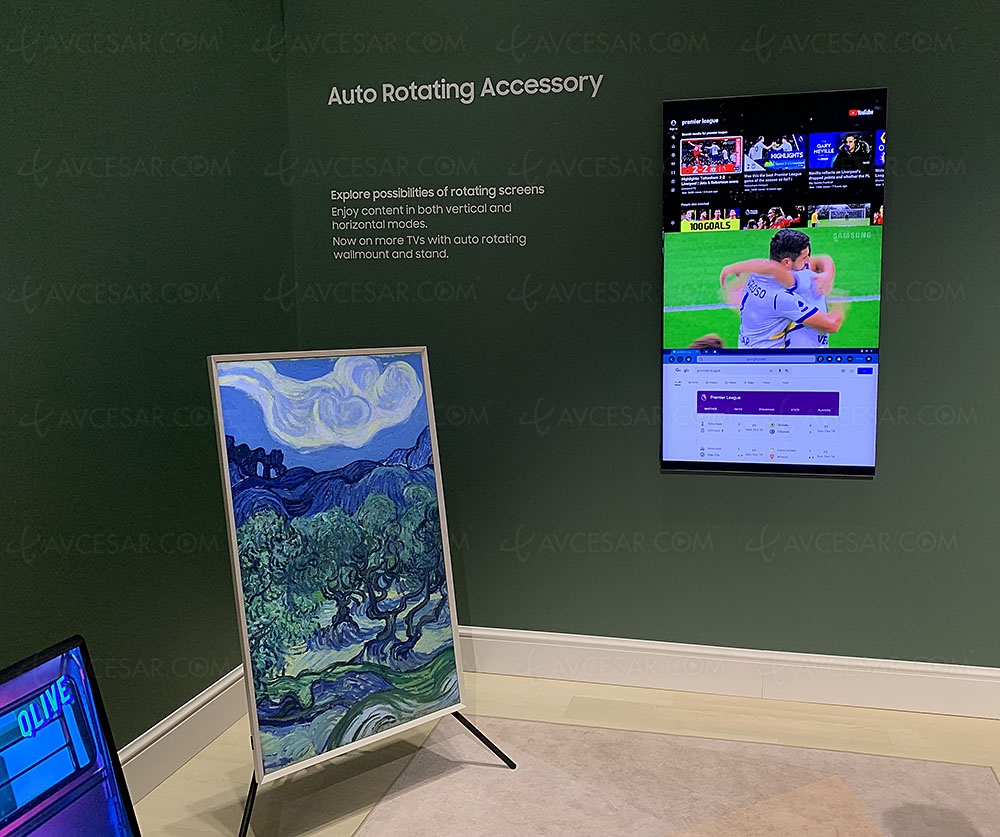