Samsung, still world leader in the TV market in the first half of 2022

Samsung, leader of the world TV market in 2021 for the sixteenth consecutive year, should barring disaster, keep its title again this year. In view of the figures for the first half of 2022, a period traditionally less good for the firm, published by the analysis and market research firm Omdia, its domination is indeed still overwhelming.

In this period of significant decline in sales due to a sluggish world economy (renewal of equipment for a good number of households following the health crisis and economic difficulties linked to the war in Ukraine), Samsung is consolidating its position as the undisputed market leader Worldwide TV according to Omdia.

Still for the first half of 2022, the ranking in terms of sales sees Samsung in the lead with 21% of copies sold, ahead of LG at 12.3%, TCL at 11.1% and Hisense at 9.5 %. As we can see, if Samsung's leadership is not threatened (and probably not for a long time because the firm is so much at the top of sales), the second position occupied by LG is more than ever in the crosshairs of Chinese brands which eat away at his advance every year.

Other interesting figures communicated by Omdia, the cumulative sales of Samsung QLED TVs have exceeded 30 million units since their launch in 2017. The Korean manufacturer sold 4.64 million in the first half of 2022, an increase of 16 .3% over one year. This situation explains Samsung's position in the very large screen market segment, with 48.6% of sales of 80'' (203 cm) and larger TVs, and 53.6% of the premium TV segment. .

For its part, taking advantage of its history as the only manufacturer of OLED TV panels (before the arrival this summer of QD OLED TV panels from Samsung) via the LG Display division, LG has consolidated its leading role in the TV segment Oled with 62%, or 1.69 million copies sold from January 1 to June 30. For information, this figure corresponds to 33.2% of overall LG TV sales, again for the first half of 2022. 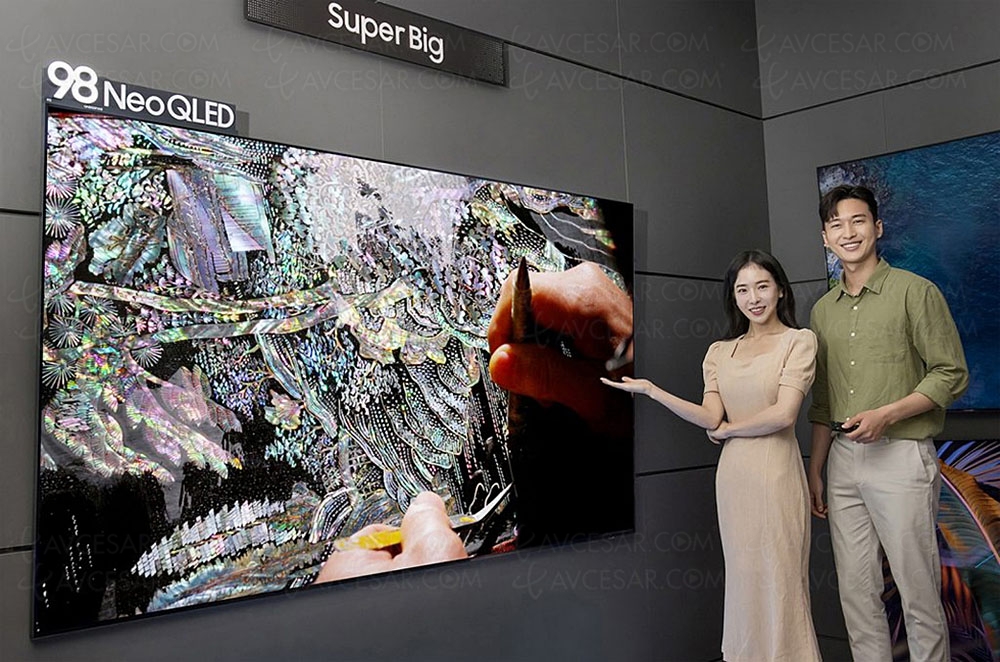