While Samsung is moving into the foldable screen smartphone segment with the presentation in recent days of the Galaxy Z Flip 3 and Galaxy Z Fold 3 models, the Korean manufacturer is already working on the future.

Samsung intends to take advantage of Oled technology on smartphones of a new kind. This is not the first patent filed by the Korean company for a mobile with a retractable screen, and it certainly is not the last. 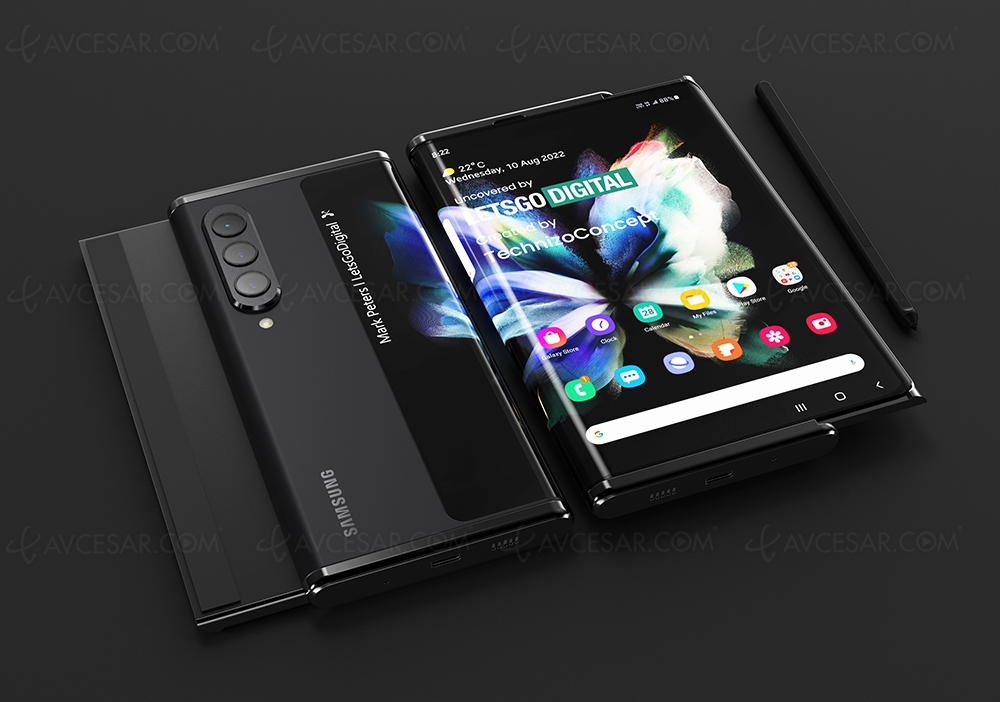 Recently spotted by Let's Go Digital and illustrated in 3D by designer Mark Peters, this new document describes a smartphone whose screen extends to the side, a bit like the Oppo X 2021 concept. then 50% larger, thus forming a small tablet. Note that to limit its fragility, the screen is supported by a secondary frame, thinner than that of the main device.

In addition to this notable possibility of changing the screen size, the patent gives the smartphone a triple camera module on the back, as well as a selfie sensor hidden under the screen. 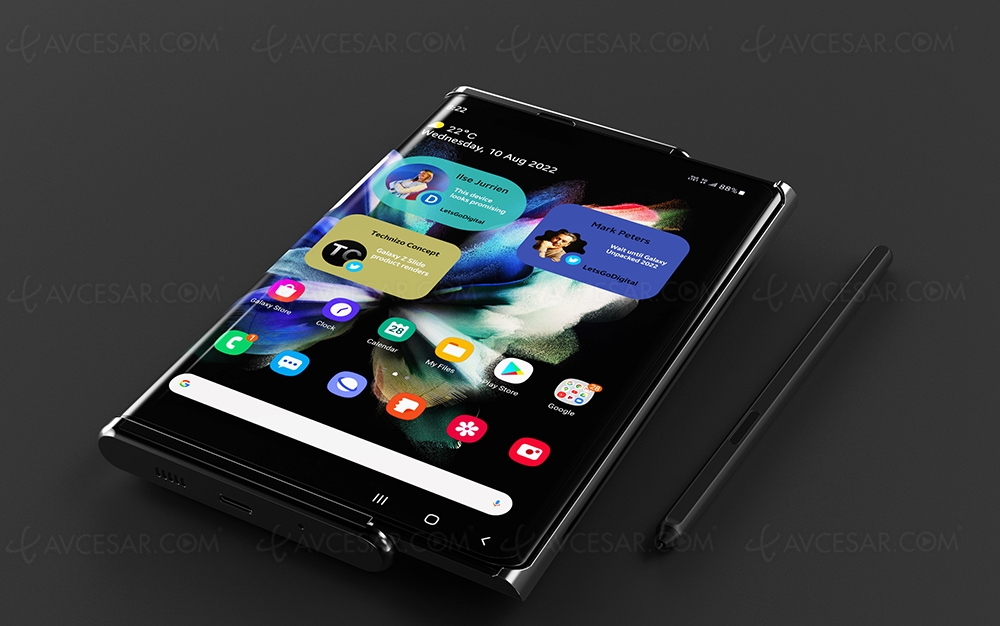