Netflix, the most (and least) subscribed French departments

Some surprises are to be discovered in the ranking of the Netflix subscriber rate in each department of France.

The Netflix video streaming platform has 221 million subscribers worldwide, including nearly 10 million in France, or 14.5% of the French subscriber population. However, from one region to another we observe variable penetration rates of the OTT service, differences measured by the site comparatest.fr in 2022 in the 96 French departments.

The southern third of France thus has a penetration rate higher than the national average: the 10 departments that consume the most Netflix are all located in this area. It should also be noted that the mountainous departments (Lozère in 11th position, Savoie in 14th) have more subscribers, due to the lack of accessible cinemas.

Paris far in the rankings…

Contrary to what one might have thought, Paris is far in the ranking (54th position), behind Tarn, Sarthe or Côte-d'Or. Even the surrounding departments are not in the Top 10, such as Hauts-de-Seine in 15th place, Val-de-Marne in 20th, or Yvelines in 45th. 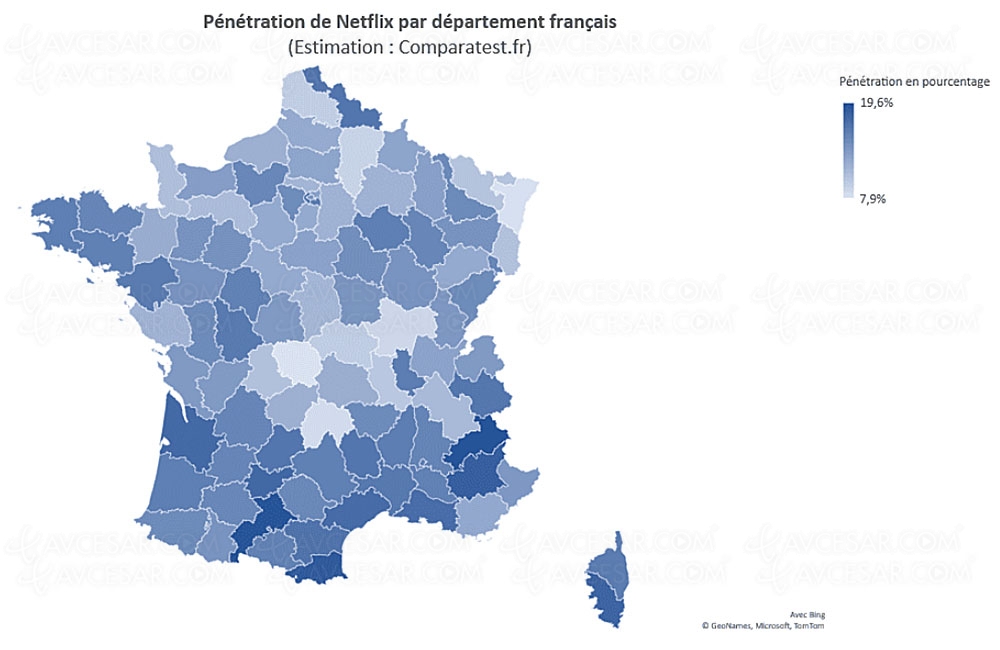