A quick look back at the evolution of the number of sites since the creation of the Internet in the early 90s.

Tim Berners ‑ Lee, the creator of the first website

Normal, it was the very first uploaded by computer scientist Tim Berners-Lee. The madness of the web will take time to unleash itself since at the end of 1992, there were still only ten sites. From 1993, the internet became accessible to the public free of charge and acceleration started to take off significantly from the 2000s, as you can see in this graph below, read by Statista using data from Internet Live Stats .

Thus, on August 6, there were 1.88 billion sites (1.71 billion in 2019), the best result so far, after a peak in 2017 with 1.76 billion sites. Namely, however, about three-quarters of the sites are not really active and most are just domain names squatted while waiting for someone to buy them and do something with them. 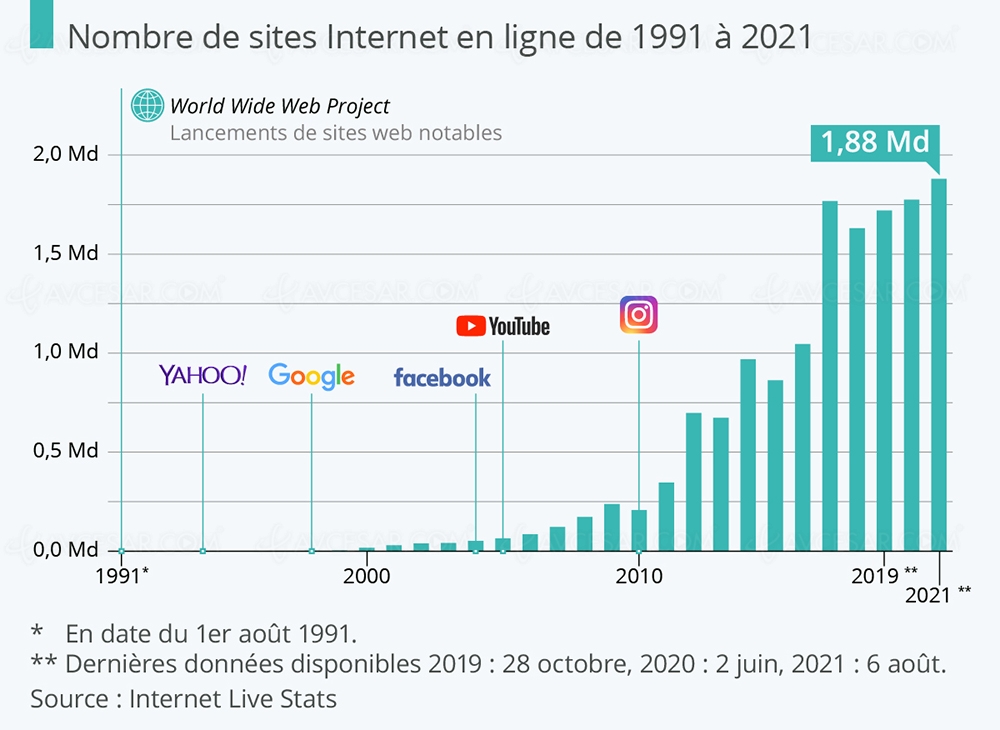