Sennheiser presents a pair of True Wireless headphones designed to watch television without disturbing those around you.

The Sennheiser True Wireless TV Clear Set headphones connect to televisions via the supplied transmitter, but can also be used with other Bluetooth devices such as tablets or smartphones.

The Clear Set TV transmitter guarantees low latency for all televisions equipped with digital or analog audio output, so the viewer can watch television without disturbing those around them or being distracted by outside noise. Five levels of speech clarity are available, allowing dialogue to be heard for everyone. 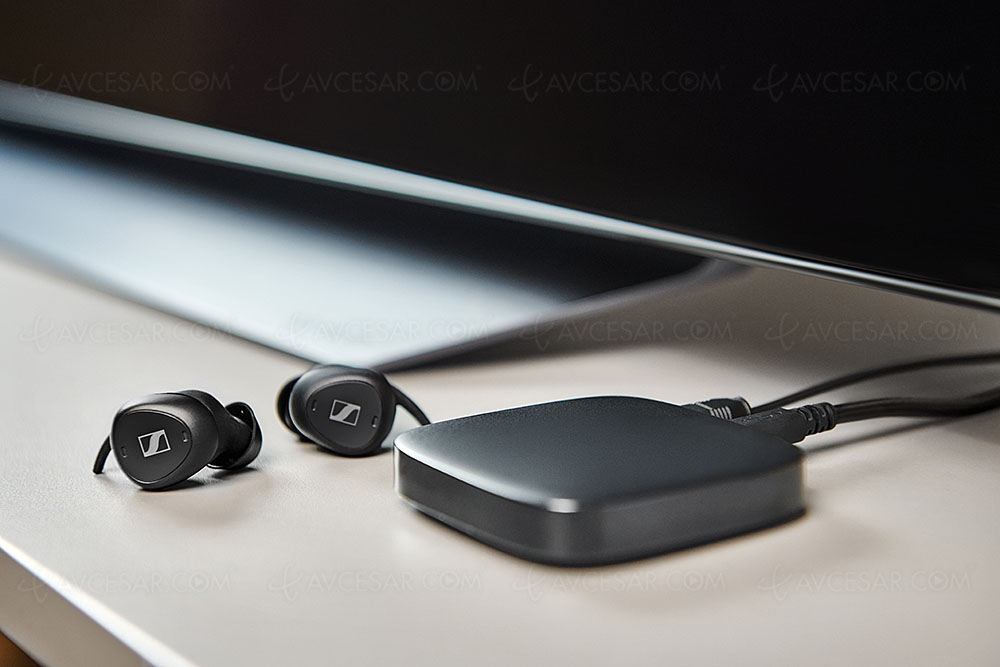 Namely, it is possible to adjust the volume of the headphones independently of that of the television (or other audio source) when used with the transmitter. This makes it possible to watch a program with other people but with the volume that suits the wearer of the Clear Set TVs. Also note an Ambient Awareness mode so as not to be disconnected from the external environment. 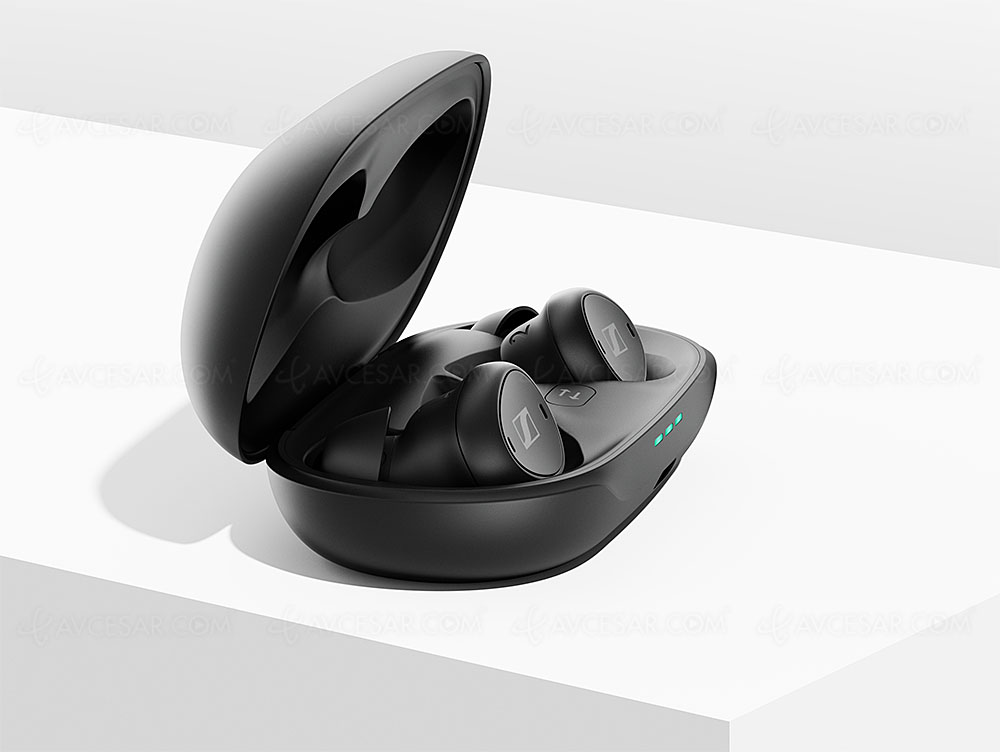 Each earbud weighs 6.9g and the set boasts 15 hours of battery life on a single charge when used with the transmitter. The charging case offers an additional 22 hours of listening time. Available at an indicative price of 399.90 euros. 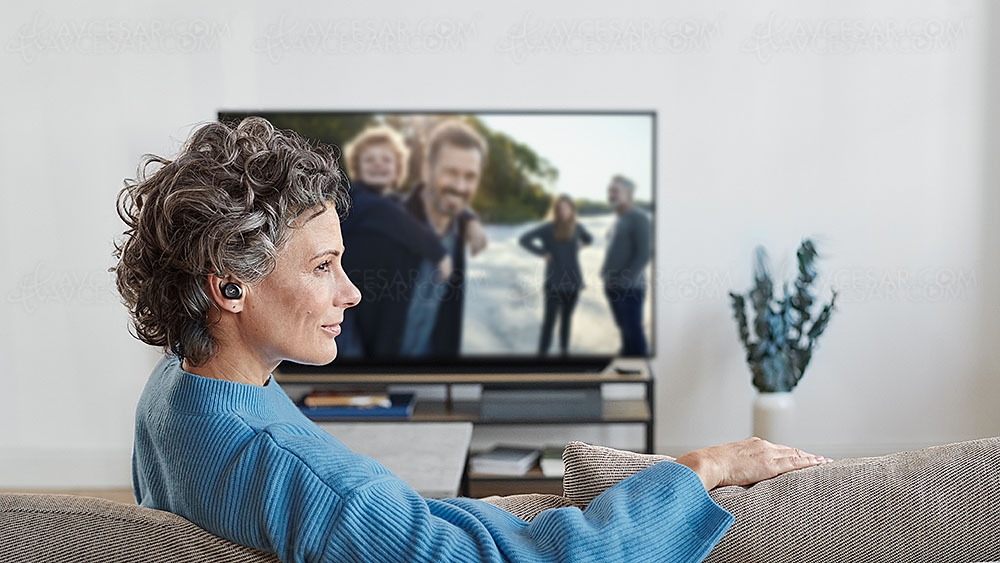