The revelation of the Ozark series, Julia Garner, will play Madonna in a biopic scheduled for Universal.

The pop icon is now 68 years old but it is her young years in which Julia Garner will delve to embody the suffering, sex and freedom that the queen of pop has always claimed.

Madonna to the realization

According to Variety, a dozen candidates (including Florence Pugh, Alexa Demie or Odessa Young) were in the running for this film that the Madonna herself will direct. If nothing has yet been officially recorded, things would be on the right track. The film will follow the beginnings of the chorister who became a dancer and singer (we remember that she started in Paris at 19, and even stayed for a time with Patrick Hernandez at their common producer).

A great victory for Universal, which won the script after a multi-studio bidding war. Julia Garner's ability to dance and sing obviously caught the eye of Madonna who, we imagine, will be intractable on the artistic aspect of the film. The latter has also declared that she hopes to “transmit the incredible journey that life has taken me as an artist, a musician, a dancer; a human being trying to make their way through this world. The focus of this film will always be the music. Music kept me going and art kept me alive. There are so many untold and inspiring stories, who better than me to tell them. It is essential to share the roller coaster of my life with my voice and my vision”.

Discovered in the Inventing Anna and Ozark series, Julia Garner made an impression with her strong character and her natural magnetism. 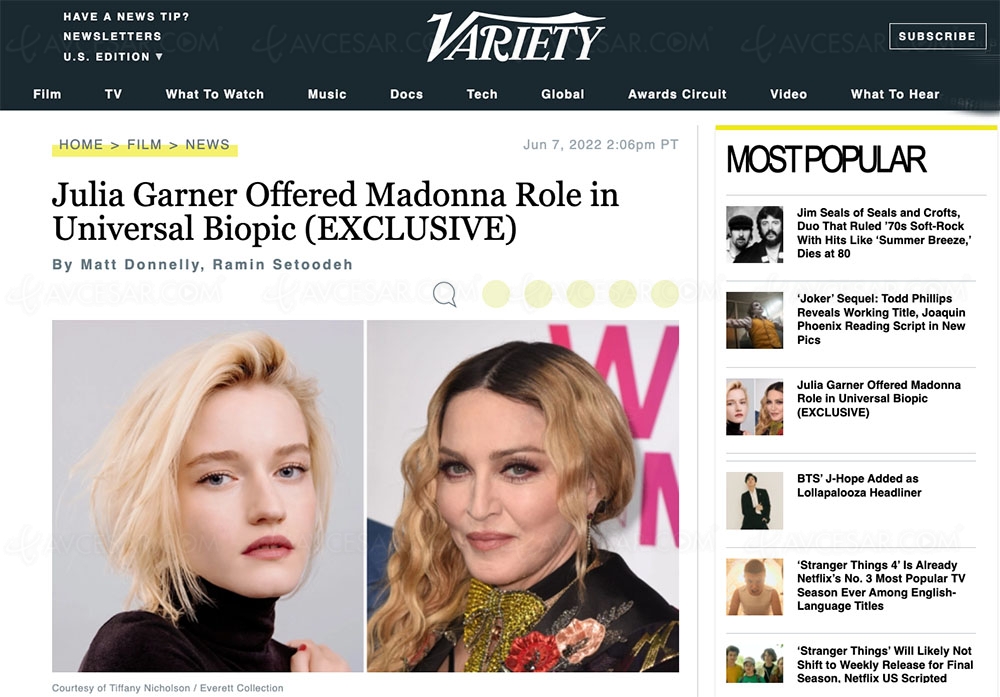