First images of the new DeLorean, “it's great! »

After nearly forty years, the iconic DeLorean DMC-12 car from Back to the Future returns in an electric version redesigned for today's standards.

Canonized by the Back to the Future films, the magnificent DeLorean DMC-12 car did not however enjoy great commercial success, with a short period of production between 1981 and 1983, then a limited series in 2017.

Much to the delight of enthusiasts, DMC announced last March the true return of the vehicle, which will be shown in action next August. But in the meantime, the brand has recently unveiled the first details and images of the new model -named Alpha 5- which stands out with a slightly different design from the original version. And absolutely sublime.

If we find the famous butterfly doors, the exterior lines gain in curvature, and the two places of the time are now four. The car has a 100kWh battery (not quite the "2.21 GigoWatts" from the movie, then) and hits 88 miles per hour in 4.35 seconds. Not sure she'll take you back in time-though. 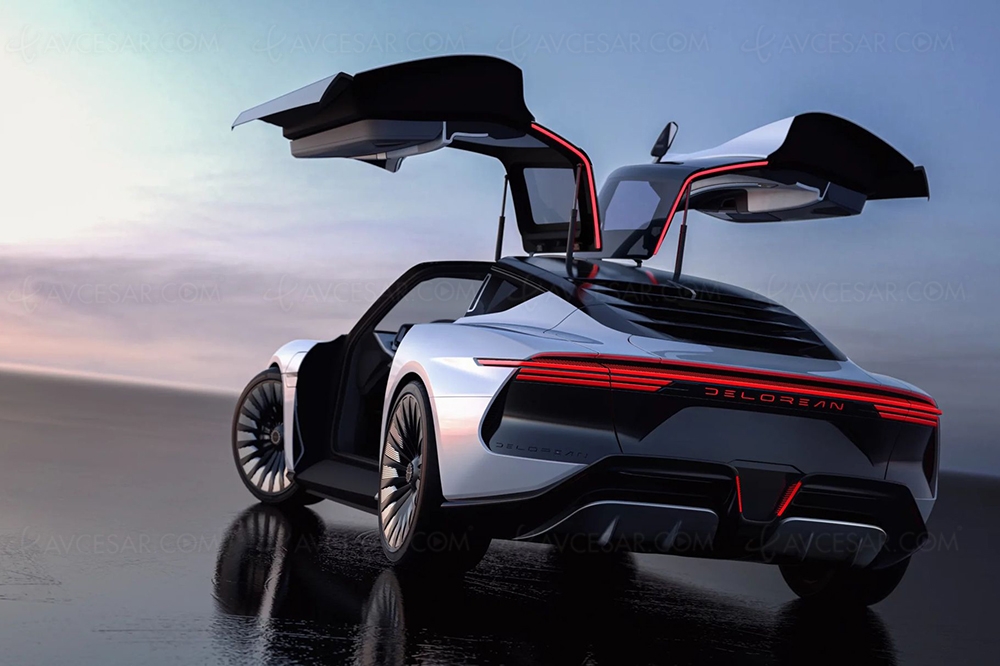