The next iteration of Motorola's foldable screen clamshell smartphone, the Razr, is expected to see a much improved design.

Leaker Evan Blass recently posted a video (below) of the upcoming Motorola Razr, a clamshell smartphone with a foldable display. We can see that this new model - still not officially announced - is inspired by the competitor Samsung Galaxy Z Flip on certain points, which is not displeasing to us.

Oled Infinity-O screen with perforation for the selfie camera

The screen is thus an Oled Infinity-O model with a perforation for the selfie camera, where this was previously integrated into an upper border. In addition, the fingerprint sensor is now on the side (it was previously on the back), and the number of main cameras is doubled, to… two.

Secondary screen visible once the smartphone is folded

Also note a secondary screen (when the device is folded) square in shape and larger than that of the Galaxy Z Flip. Convenient for taking pictures with your smartphone folded and even for using certain applications without unfolding your device. The Motorola Razr 2022 should be released before the end of the year. 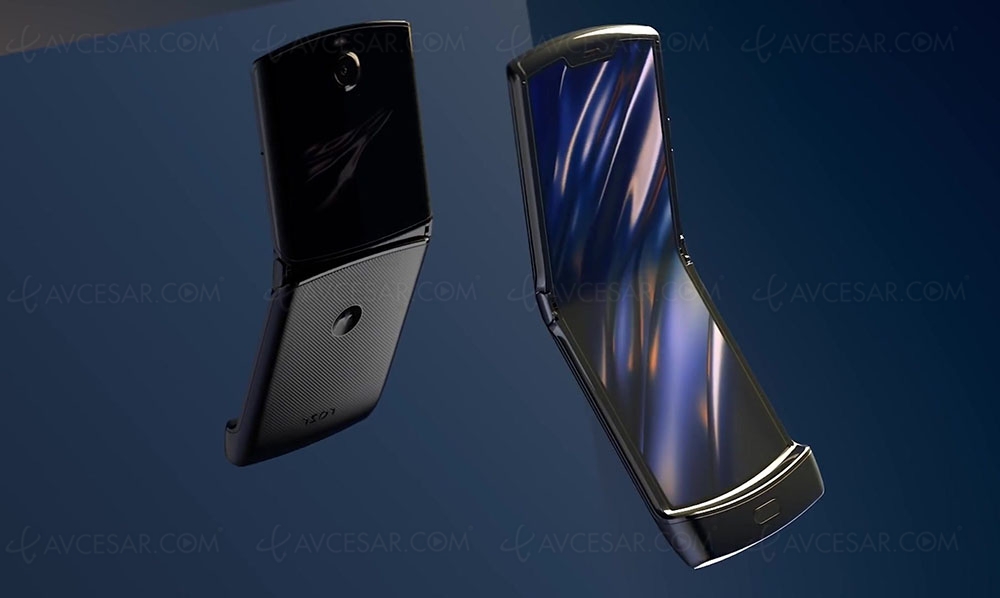