Many of you have asked us for information on the LG 97'' Oled TV mentioned in our columns last fall. Good news, its creator has recently demonstrated its qualities in various international events, before the LG Electronics brand offers it as planned in its catalog in the second half of 2022. 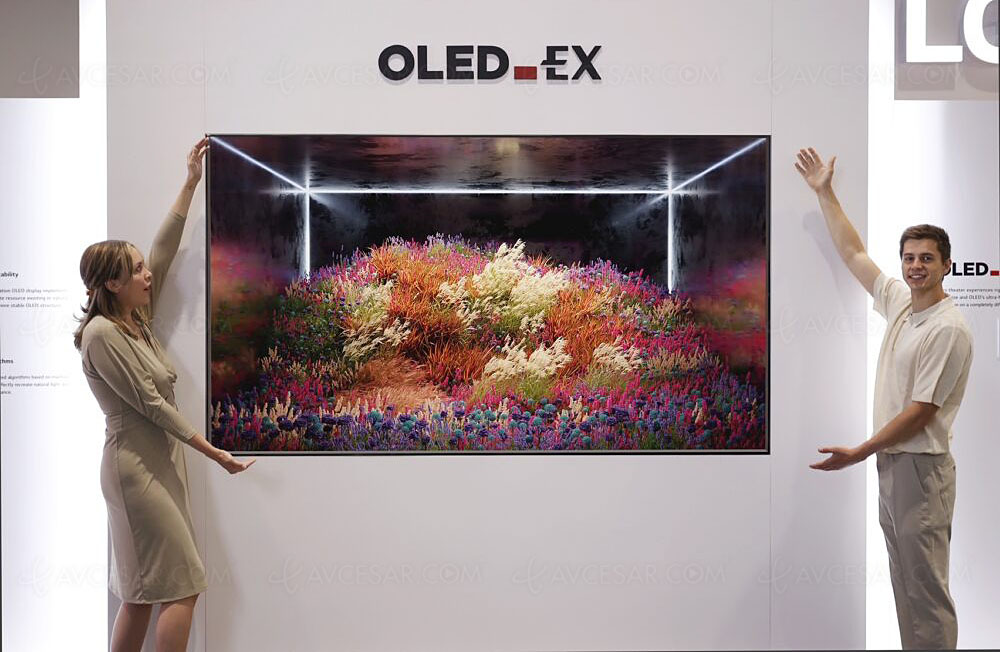 Visible in a video from the manufacturer LG Electronics presented at the CES show in Las Vegas 2022, the LG 97G2 Oled TV (see our news LG G2 Evo, Oled Ultra HD 4K TV, specification update and indicative prices ) also equipped with Oled EX technology (CES 22 > New Oled EX TV panel from LG Display, 30% more brightness?) made its official appearance at the SID 2022 event (or Display Week 2022) which takes place is held from May 8 to 13 in Los Angeles. The opportunity for the editorial staff of AVCesar.com to show the photos of the beast provided by LG Display.

As a reminder, the LG OLED97G 2 TV is a 4K Ultra HD model and not an 8K one. Indeed, announced at €25,000 with this definition, its price would have been totally prohibitive with an 8K panel. However, it is not forbidden to think that LG will probably offer in the near future a very large OLED screen (97 '' or more) with 8K UHD definition, for the sake of consistency with its suitable TV series already in catalog, the LG Z2. 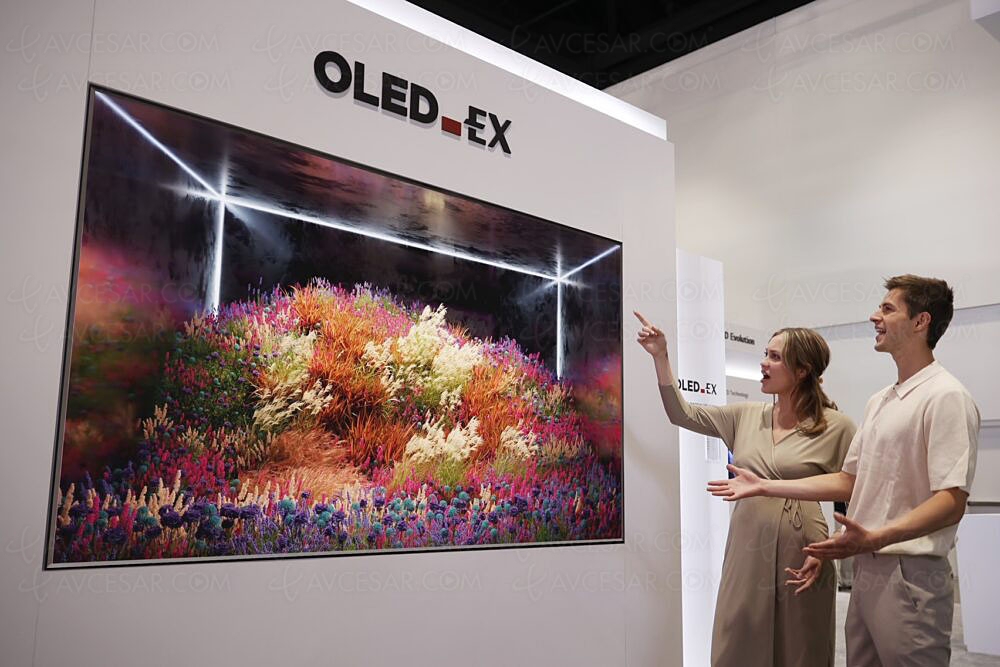