The latest report from the analyst firm TrendForce suggests a lackluster TV market in 2022 with forecasts revised downwards, to 212 million units -or even 2010- against 217 million in 2021. And it could even be worse if the expected global recession were more severe than expected and the health crisis in China worsens.

According to TrendForce surveys, global TV shipments accounted for 47.26 million units in the first quarter of 2022, down 20%. This fall is explained on the one hand by the Russian-Ukrainian war and the sharp rise in the price of raw materials, on the other hand by the return of the health crisis in China with the Omicron variant. The result is high inflation and the prospect of recession.

Another worry, in previous years, the fourth quarter was when brands were full of sales with Black Friday promotions and the Christmas season in Europe and the United States. But, in 2022, the 2022 Football World Cup, placed between the end of November and the end of December, comes into conflict with these periods of strong commercial activity. And we already know that these three events combined into one will not generate the equivalent of three separate sales periods. In the end, TrendForce estimates that TV shipments this year will reach 212 million units, for an annual growth of only 1% (210 million in 2021). But TrendForce warns, there is additional potential for downside volume risk.

First quarter 2022, zoom on the figures of Samsung and LG

In detail, over the first three months of the year, the Korean TV market leaders Samsung and LG, whose sales are mainly linked to the United States and Europe, respectively sold 10.9 million, down 3, 1% and 6.53 million televisions down 11.8%. In view of weak demand, Samsung and LG quickly scaled back their orders for TV panels. While Samsung Electronics' purchase volume in the first quarter was revised to -7.5% and -9.5% in the second quarter. For its part, LG Electronics mainly focused on reducing its orders in the second quarter with a decline of -20%.

TrendForce also indicates that TV panel prices may continue their downward trajectory. If sales of Chinese brands were to decline in the second quarter while factories continue to produce at or near maximum capacity, the spiral of falling prices could get out of control with a possible collapse in the price of panels below 55 '', and a strong deterioration of the panels of 65'' and more. 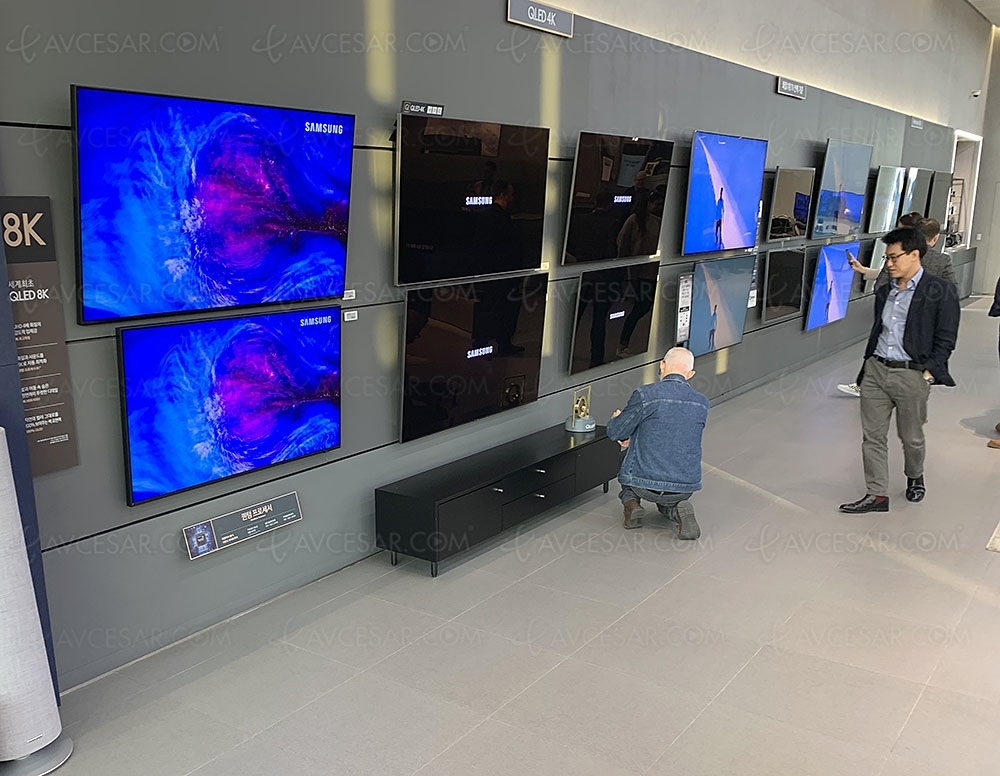