Some additional details about the connected watch, supposedly in late development, at Google have appeared on the net.

Several rumors already point to a Pixel Watch, the very first connected watch from Google, which should be released no later than this year.

Google Pixel Watch, what does the first product image tell us?

The 91mobiles site adds grist to the mill with a new “leaked” image telling us more about the smartwatch. We see in particular the circular face of the watch with a screen without borders and a wheel on the side for navigation, Apple Watch style. The screen also shows a preview of the interface with a step counter and a heart monitor. We also note the Fitbit integration, showing that Google has every intention of taking advantage of the company acquired by the Internet giant for a while.

As a reminder, Google should take advantage of its Google I/O developer conference on May 11 and 12 to talk about this new product, or even give a preview, before marketing it in October alongside the series of smartphones Pixel 7. 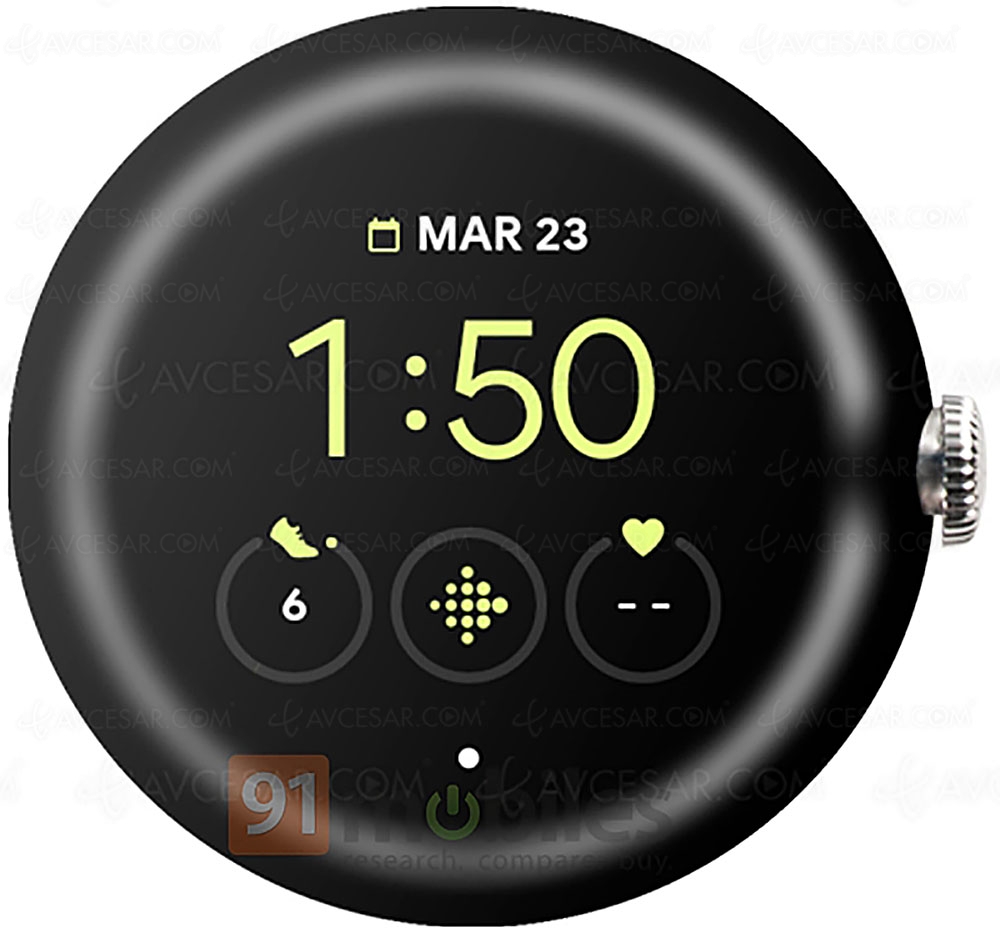