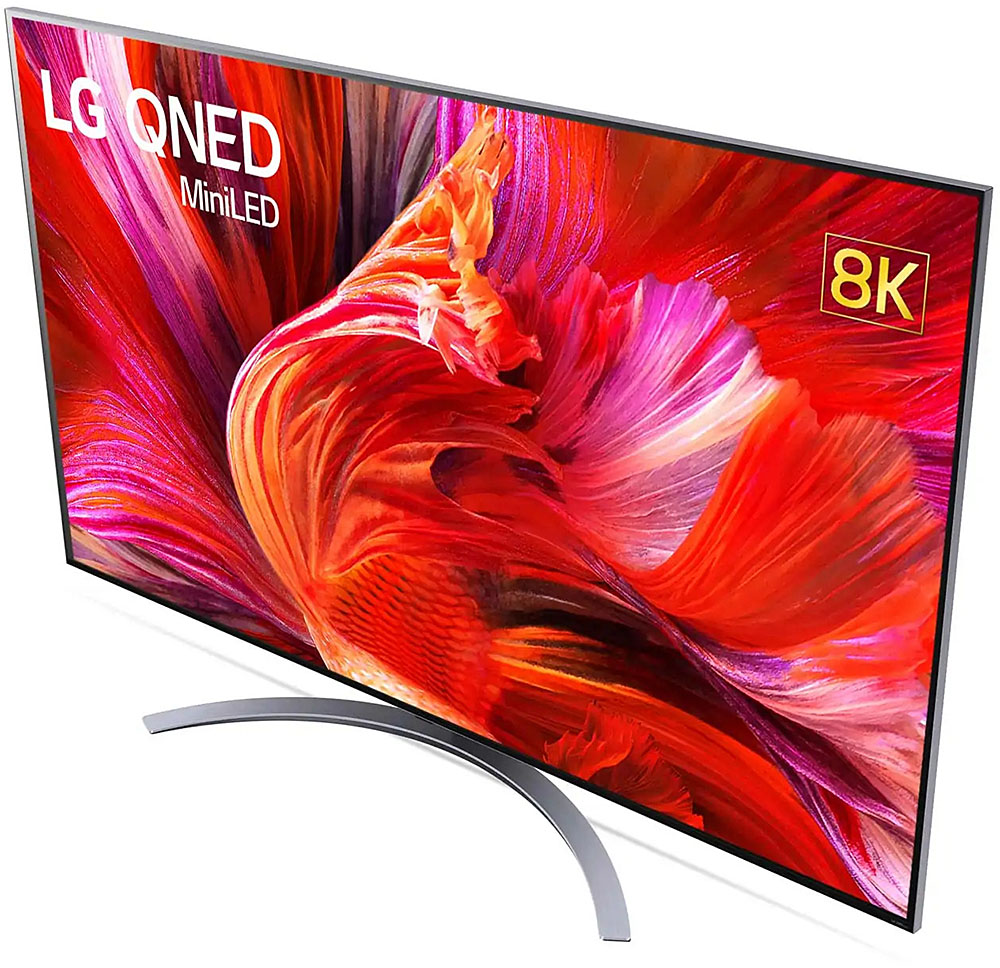 As a reminder, the LG QNED Mini LED TV series tops the brand's LCD range above the NanoCell models. Namely, the QNED96 screens reproduce most of the specifications of the QNED90 modulo several major differences. The first concerns the LCD panel, Ultra HD 8K (against UHD 4K) and its native display frequency, 50 Hz (against 100 Hz) with True Motion 100 processing. Another major change, the presence of the Alpha 9 Gen 4 processor (against Alpha 7 Gen 4) which is accompanied by the Auto Genre Selection function recognizes more precisely, and automatically, the nature of the content displayed on the screen and selects the optimum settings (film, sport, SD definition, HD, etc.). Still in terms of developments, we note the Magic Tap function (as a reminder, this allows the content of an NFC smartphone to be shared on the TV screen by simply touching the remote control with it).

For the rest, there is a Full LED Local Dimming backlight based on Mini blue LEDs and technology called Quantum Dot NanoCell Color. This combines, with the aim of richer and more accurate colors, the use of Quantum Dots technology (i.e. the nano-crystals at the heart of QLED diffusers) and the exclusive NanoCell + process announced by LG as an evolution of the NanoCell without more. details.

Finally, we also notice that the design of the screens differs with here a central foot. In the chapter of unknown information, we note the energy label.

Already mentioned, the new Alpha 9 Gen 4 processor in charge of video processing has four major and distinct steps to remove video noise from the image (compared to two on the Alpha 7 Gen 4). The power of this chip allows LG QNED96 TVs to take advantage of the AI Picture Pro 8K and AI Sound Pro processes: the first is based on a Deep Learning program (the image processing is adapted to the nature of the content for display optimized on the screen), ditto for the second modulo the audio content, with the aim of improving the sound immersion.

Also features a 2.2 sound section delivering 40 W of power, Wisa compatibility for connecting wireless speakers and the Home Dashboard function to view all connected equipment at a glance and / connected to the screen.

Similarly, the Alpha 9 Gen 4 identifies even more precisely the faces and the text displayed on the screen to optimize the settings. Result, a sharpness announced on the rise and a complexion never faulted. We also note the HGiG (HDR Gaming interest Group) certification. 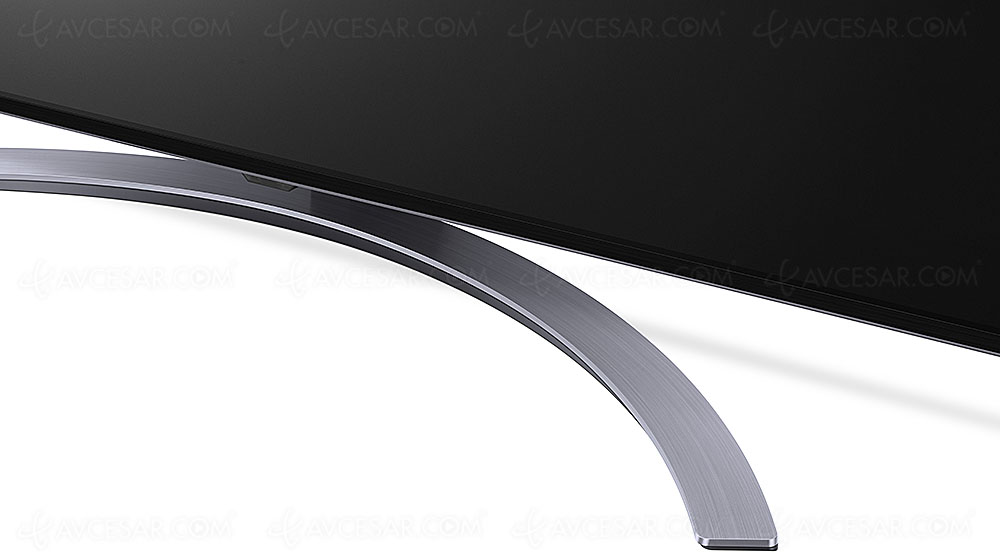 The new Magic Remote MR 21 remote control is also in order, with the NFC function like certain series already presented in our columns (Oled LG C1, LG G1, NANO86…). . And to learn more about the Magic Explorer functionality, in addition to the Magic Tap already mentioned, you can click on the following link: Magic Remote 2021 + Magic Explorer. 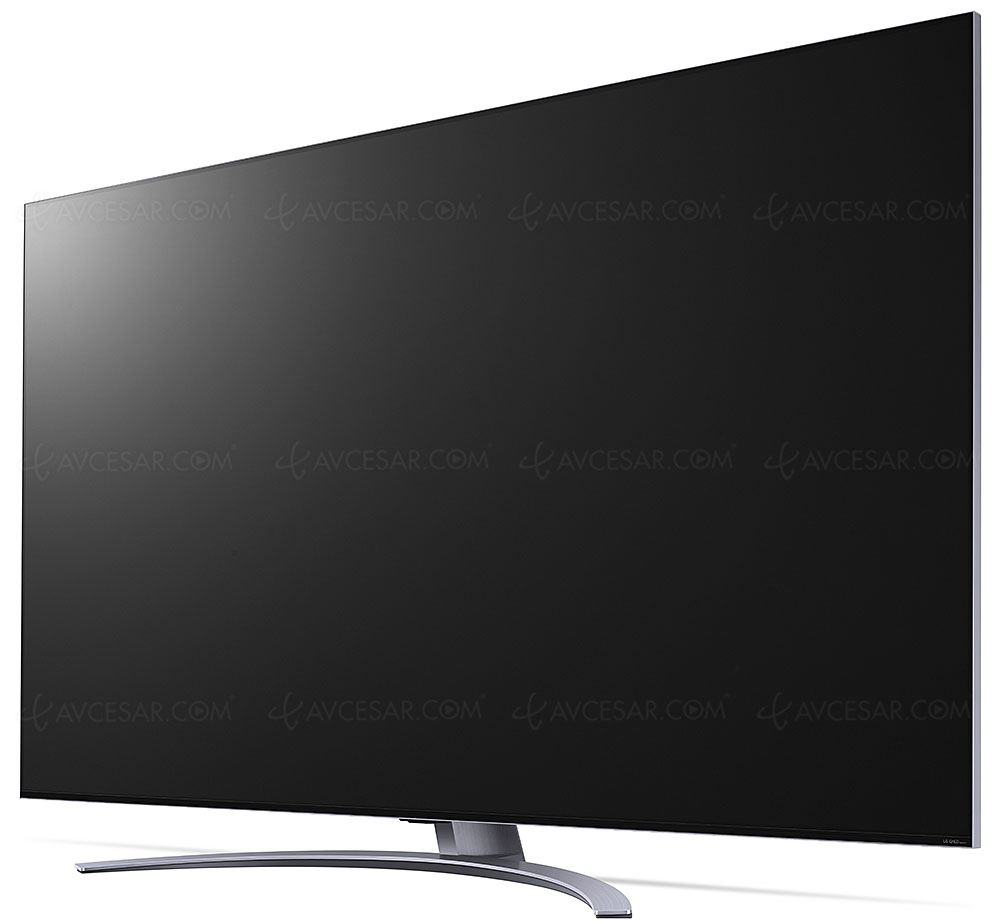 On the video performance side, this screen integrates the Active HDR function capable of analyzing the signal frame by frame in order to integrate dynamic metadata for HDR modes which do not have it, such as HDR10 and HDR HLG. Note also an Upscaler HDR mode, or an SDR / HDR conversion process (Dynamic Range standard to High Dynamic Range) fully developed by LG engineers. Plus the Filmmaker Mode, a Cinema mode that hides its name. 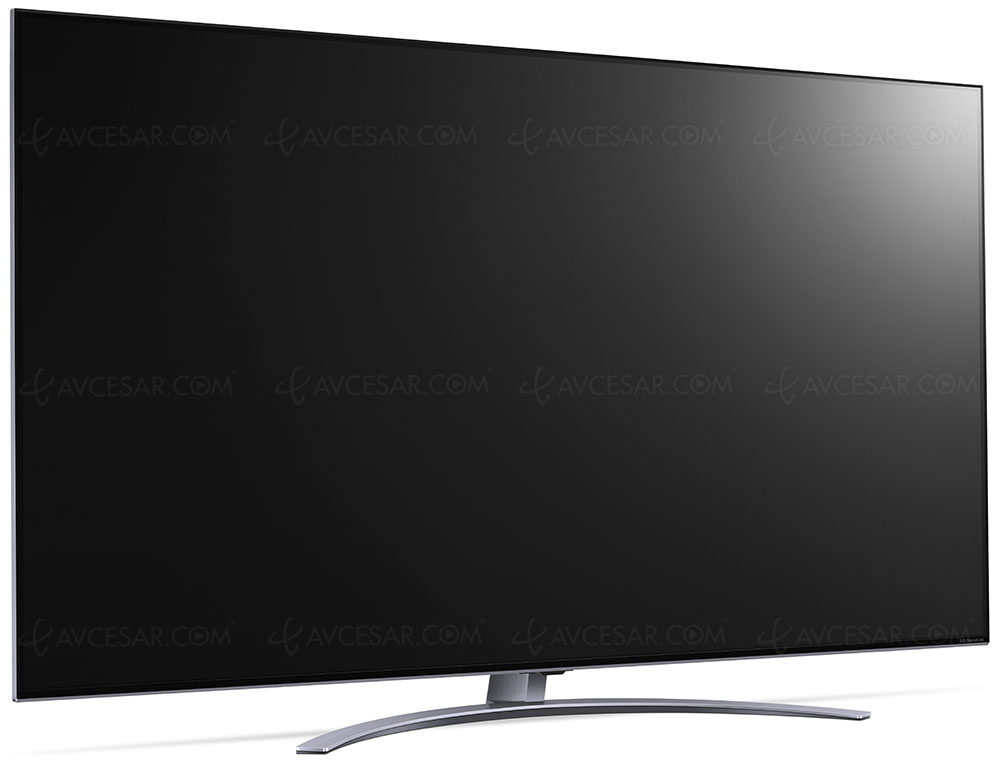 We also find the new ThinQ AI 2021 platform with Google Assistant and Amazon Alexa accessible directly on the remote control via a dedicated button. Of course, AirPlay 2 and HomeKit are on the menu. All of this provides access to the Internet and to specific services (LG App Store online store, chat on social networks, etc.), or even directly to the web, like on a computer. 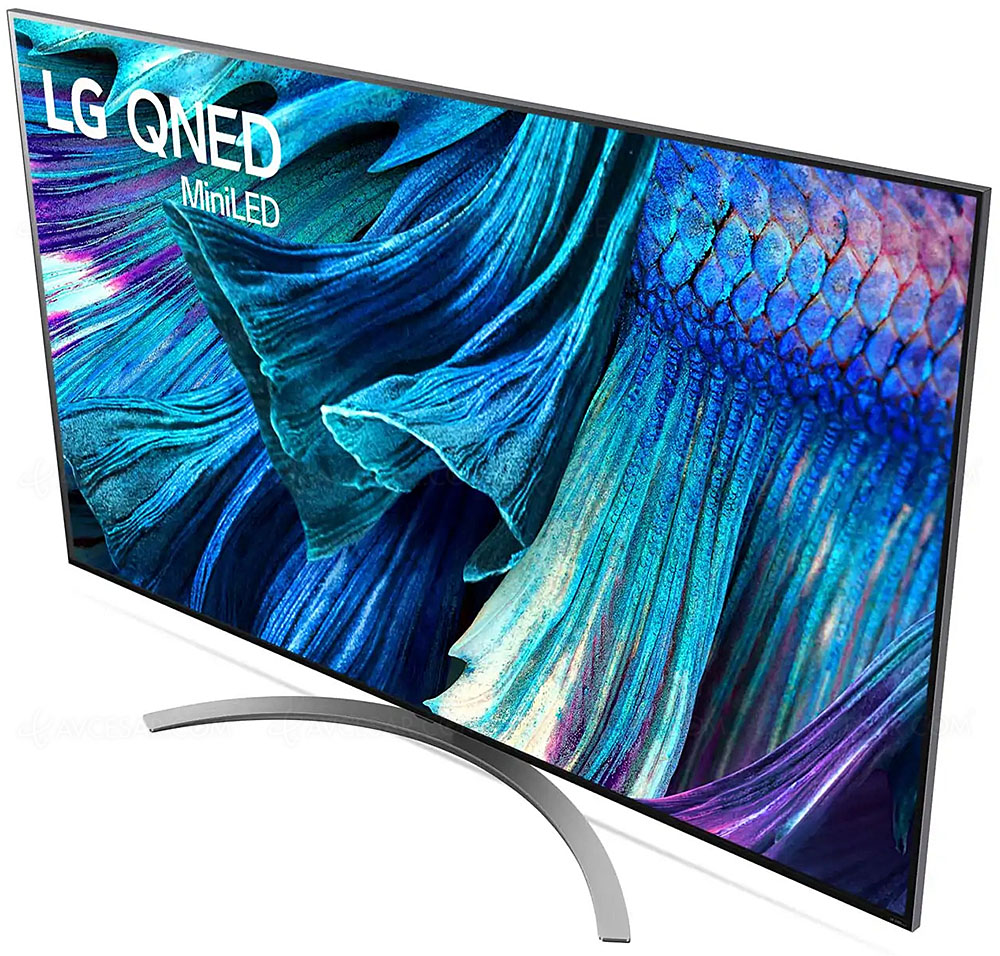 Also present are HBBTV compatibility and UPnP (DLNA) multimedia gateway function associated with Miracast, Wi-Fi ac and Bluetooth 5.0 APT-X compatibilities. The latter allows the pairing of headphones, a suitable speaker or the activation of the LG Sound Sync function to connect, for example, a wireless compatible sound bar to the TV. Or, via the Bluetooth Surround function, to assign LG Bluetooth speakers as surround speakers to recreate a multi-channel audio configuration. Not to mention the Magic Remote with integrated microphone for greatly improved ergonomics in voice control. 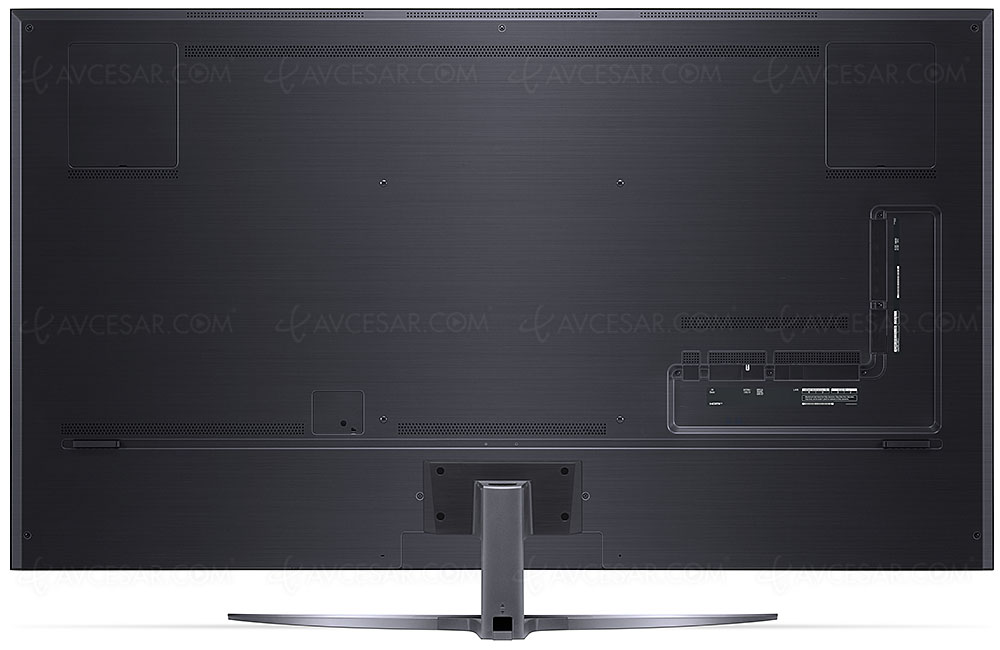 Availability announced for the start of the school year. Indicative prices still unknown.

Reminder of the key features of LG QNED96 TV: 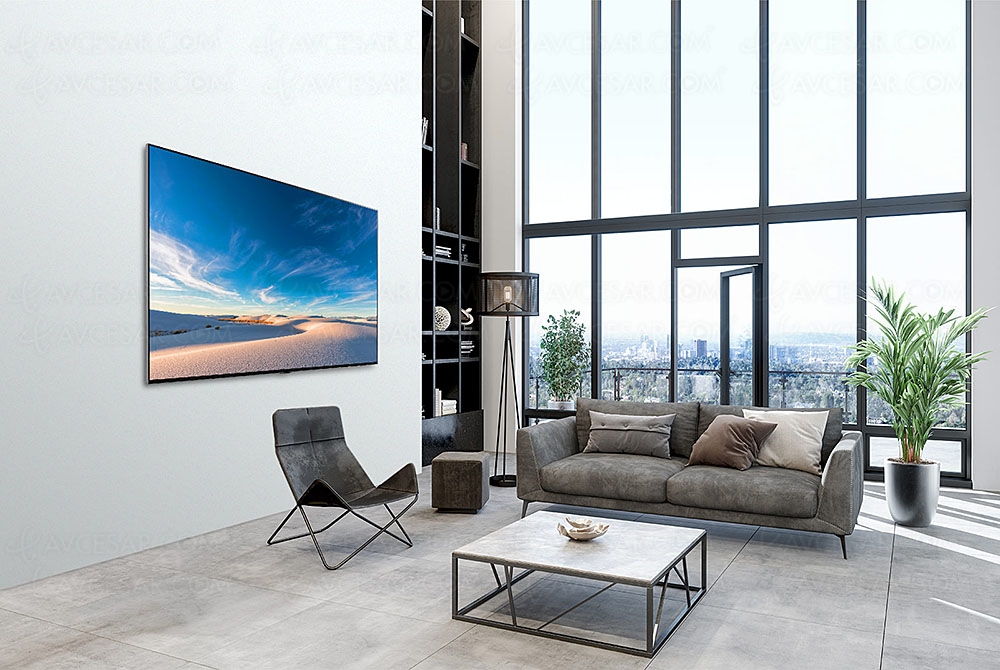